We are here for you to provide the important Current Affairs March 28 2019, which have unique updates of all daily events from all newspapers such as The Hindu, The Economic Times, PIB, Times of India, PTI, Indian Express, Business Standard and all Government official websites. Cabinet approved 5 year extension of Biomedical Research Career Programme
On 27th March, 2019, the Union Cabinet chaired by Narendra Modi approved the extension of the Biomedical Research Career Programme and Wellcome Trust (WT)/DBT India Alliance beyond its initial 10-year term (2008-09 to 2018-29) to a new five year phase (2019-20 to 2023-24).
Key Points
i. It was launched in 2008 and has fulfilled its objectives of building and nurturing talent of highest global standards in cutting-edge biomedical research in India.
ii. The total financial implication will be Rs 1092 crore with DBT and WT.
iii. In this new phase, the programme will aim to strengthen clinical research and work for addressing important health challenges for India.

Centre has come up with new rules for drugs, clinical trials
The Ministry of Health has notified New Drugs and Clinical Trials Rules, 2019 for the approval of new drugs and conduct of clinical trials in the country. It aims to ensure patient safety and promote clinical research in the country. These rules will be applicable to all new drugs, investigational new drugs for human use, clinical trials, bio-equivalence studies and ethics committees.
About New Rules:
i. Time required for the approval of application has reduced –30 days for drugs manufactured in India and 90 days for those developed outside the country.
ii. Waiving off local clinical trial – The requirement of a local clinical trial may be waived for approval of a new drug if it is approved and marketed in any of the countries (EU, UK, Australia, Japan and US) specified by the Drugs Controller General with the approval of the government.
iii. No Communication will led to deemed approval – In case of no communication from Drugs Controller General of India, the application will be deemed to have been approved.
Related Points:
Drugs Controller General of India (DCGI) – S Eswara Reddy

India and African Union signed MoU to strengthen cooperation in the healthcare sector
On 27th March 2019, India and the African Union signed Memorandum of Understanding (MoU) to establish an India-Africa health sciences collaborative platform which is aimed to strengthen the cooperation in the health sector.
Key Points
i. The agreement aims to formalize this partnership by establishing a framework to pave the way for cooperation in research and development, capacity building, pharmaceutical trade, health services and manufacturing capabilities for drugs and diagnostics.
ii. The programme would focus on improved diagnostics for diseases which are regional priorities in India and Africa,by training and strengthening capacity of health professionals, researchers, regulators and industry staff.

India’s poverty rate reduced as per Global Multidimensional Poverty Index 2018
In accordance with the 2018 global Multidimensional Poverty Index (MPI), India’s poverty rate has shown a drastic decrease in 10 years, from 55% to 28%. The index has shown that, in the years between 2005-06 and 2015-16, 271 million people are moved out of poverty in India.
i. Apart from the huge progress, India is still a home to the highest number of MPI poor comprising 364 million poor in 2015-16. Although the number is reduced from 635 million in 2005-06.
ii. More than half of the India’s multidimensional poor (196 million) are from the four states viz. Bihar, Jharkhand, Uttar Pradesh and Madhya Pradesh while Delhi, Kerala and Goa have lowest multidimensional poverty.
iii. On the global front, there are 1.3 billion people live in multidimensional poverty. By region, MPI index is higher in Sub-Saharan Africa.
About Multidimensional Poverty Index (MPI):
The MPI report has covered 105 countries, which was compiled by the United Nations Development Programme (UNDP) and the Oxford Poverty and Human Development Initiative.
MPI is calculated on the basis of three key dimensions: health, education and standard of living, comprising 10 indicators. Key Points:
i. Adani Port achieved this milestone before their estimate time that is by 2020.
ii. Adani Port and Special Economic Zone (APSEZ) has 10 ports and terminals including Mundra, Dahej, Kandla and Hazira in Gujarat, Dhamra in Odisha, Mormugao in Goa, Visakhapatnam in Andhra Pradesh, and Kattupalli and Ennore in Chennai, all this represents 24 percent of the country’s total port capacity.
iii. Also, it has set an aim to double growth up to 400 MT by 2025.

Yoshua Bengio, Geoffrey Hinton, and Yann LeCun conferred with Turing Award, the Nobel Prize of computing
Regarded as “Godfathers of AI”, Yoshua Bengio, Geoffrey Hinton, and Yann LeCun, have been recognized with Nobel Prize of computing, Turing Award 2018. The $1 million annual prize recognized their work for developing the AI (Artificial intelligence) subfield of deep learning. The troika has developed a base for the recent growth of AI technologies, through their work in the 1990s and 2000. 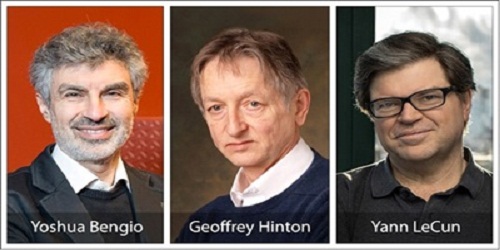 About Winners:
i. Geoffrey Hinton is a faculty member in the University of Toronto and Brain researcher of Google.
ii. Yoshua Bengio is a professor at the University of Montreal and founder od AI company called Element AI.
iii. Yann LeCun is a chief AI scientist of Facebook and a professor at New York University (NYU).
About Turing Award:
Initiated in 1966, this annual award is named after British mathematician Alan M. Turing, whose work laid the foundation for computer science and artificial intelligence.
It honors the individual for contributing major technical importance in the computer field.
First recipient – Alan Perlis 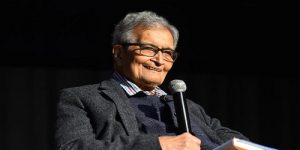 Key Points:
i. In 1998, he was awarded the prestigious Nobel Prize in Economic Sciences for his work in welfare economics and social choice theory.
ii. The other winners of the Bodley Medal are Nobel Prize-winning novelist Kazuo Ishiguro, physicist Stephen Hawking, novelist Hilary Mantel and inventor of the World Wide Web Tim Berners-Lee.

Delhi government school teacher Manu Gulati honoured with Martha Farrell Award 2019
On 28th March 2019, a Delhi government school teacher, Manu Gulati has been honoured with the Martha Farrell award for Excellence in Women’s Empowerment 2019 in the Most Promising Individual category with prize money of INR 1,50,000 for promoting gender quality and women’s empowerment. The Indian Green Building Council awarded Gold rating to Vijayawada railway for Green Measure
On 26th March 2019, The Indian Green Building Council(IGBC) awarded the Gold Rating to Vijayawada railway station, which is known as the busiest railway junctions in India for Green Measures.
Key Points:
i. This Railway Station was ranked fourth in the Indian Railways for cleanliness among A-1 category stations and also it has 100 percent LED lighting, five star rated fans, pumps, and motors and solar water heating systems.
ii. With the help of the Environment Directorate of Indian Railways, the IGBC-CII(Confederation of Indian Industry)developed the Green Railway Stations Rating System. It was introduced to help the adoption of green concepts, which in turn minimizes the adverse environmental impact due to station operation and maintenance.
About Andhra Pradesh
♦ Governor: S. L. Narasimhan
♦ Chief Minister: Chandrababu Naidu
♦ National Parks: Sri Venkateswara National Park, Papikonda National Park.

Vice Admiral MA Hampiholi, AVSM, NM to be designated as Director General Naval Operations (DGNO)
On 27th March 2019, Vice Admiral MA Hampiholi, AVSM NM has been appointed as Director General Naval Operations (DGNO). He will succeed Satish Namdeo Ghormade.
Key Points:
i. He was commissioned in the Executive Branch of the Indian Navy on 1st July 1985.
ii. The Flag Officer has experience as Anti-Submarine Warfare (ASW) specialist officer at onboard INShips Himgiri, Agray,and Ganga.
iii. He has experience as a Commanding officer in INS Nashak (missile vessel), INS Magar {Landing Ship Tank (Large)} and INS Talwar (stealth Frigate), Second -in-Command of INS Khukri (Missile Corvette).
iv. He commanded the National Coast Guard, Mauritius for two years (2003 – 05) and served as Commanding Officer of INS Mandovi.
v. Also, He is a recipient of the Nao Sena Medal in 2011 and the Athi Vishist Seva Medal in 2019.

Vivek Gupta designated as Director of SAIL in Raw Materials and Logistics
On 27th March 2019, Vivek Gupta has assumed the charge of Director (Raw Material& Logistics) of Steel Authority of India Limited (SAIL). He joined SAIL in 1980 and has been working for more than 38 years in SAIL.
Vivek Gupta has degree in civil engineer and holds many Diplomas in the field of Business Management, Project management and Construction Management etc.

Justice (Retd.) DK Jain, ombudsman of BCCI appointed as ad-hoc Ethics Officer of BCCI
On 28th March 2019, Retired Justice DK Jain, ombudsman of the BCCI (Board of Control for Cricket in India) has been appointed as BCCI’s ad-hoc Ethics Officer till a permanent appointment takes place.
Key Points:
i. He will look into all the conflict of interest cases. At present, he is looking into the chat show controversy of Hardik Pandya and K.L Rahul, due to which they served provisional suspension which was eventually removed.
About the Board of Control for Cricket in India (BCCI)
♦ President:K. Khanna
♦ Headquarters:Mumbai
♦ Women’s team coach: WV Raman
♦ Men’s team coach: Ravi Shastri
♦ Founded: December 1928 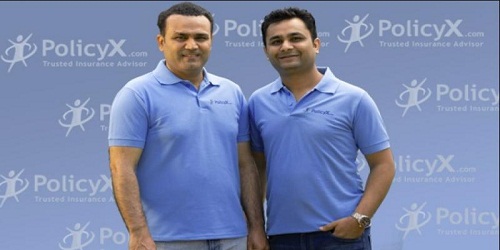 i. He has personal experience on this campaign, so he wants to raise awareness among people about the importance of having insurance from a trusted advisor.
About PolicyX.com:
♦ Establishment – 2013
♦ CEO & Founder – Naval Goel

Researchers from University of Texas has discovered two planets using AI
Astronomers from the University of Texas at Austin, in partnership with Google have discovered two hidden planets in the data collected by the Kepler space telescope. They have created an algorithm that has explored the data taken by Kepler to find out signals that were missed by traditional planet-hunting methods.
About newly discovered Planets:

About the study:
After getting the confirmation of the existence of these planets through AI, the team then used ground-based telescopes to further confirm that the planets are real. These observations were done with the 1.5-meter telescope at the Smithsonian Institution’s Whipple Observatory in Arizona and the Gillett Telescope at Gemini Observatory in Hawaii. The study led by Anne Dattilo, is published in the The Astronomical Journal. 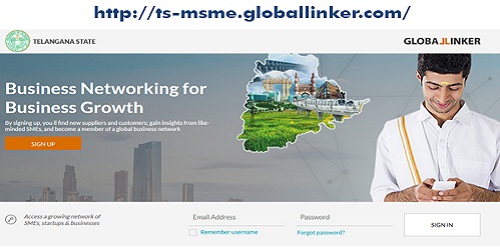 Key points
i. The motive behind this is to address key challenges faced by MSMEs with the core objective of making their business growth more simpler, more profitable and enjoyable.
ii. It will also allow MSMEs to create a digital profile for their business, connect with other global MSMEs, enable them to find buyers and suppliers, gain visibility and receive up-to-date industry trends and news.
About Telangana
♦ Capital- Hyderabad
♦ CM- K. Chandrashekar Rao
♦ Governor- E.S.L. Narasimham The cave is spread in an area of 10 kilometers (6.25 miles) and it runs through the Israel’s largest mountain, Mount Sodom and spills out to the southwest corner of the adjacent Dead Sea. Key Points
i. This decision was taken by the IOC’s executive board in the meeting held in Lausanne, Switzerland. Final Decision will be taken after the end of 2020.
ii. This will contribute to make the program of the Games more gender-balanced, more youthful and more urban. 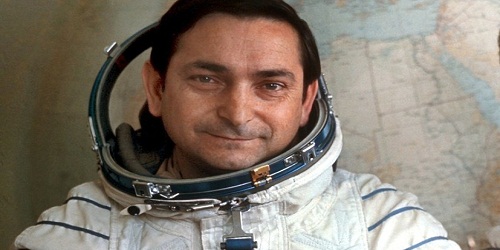 Key Points:
i. He was born on 2nd August 1934 in Pavlovsky Posad, Soviet Union.
ii. In June 1963,he first flew to space as a member of the Vostok-5 crew.
iii. He was a recipient of the Hero of the Soviet Union and Order of Lenin awards. 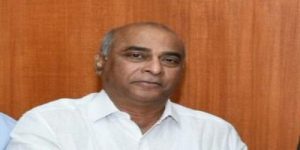