We are here for you to provide the important Current Affairs March 27 2019, which have unique updates of all daily events from all newspapers such as The Hindu, The Economic Times, PIB, Times of India, PTI, Indian Express, Business Standard and all Government official websites. 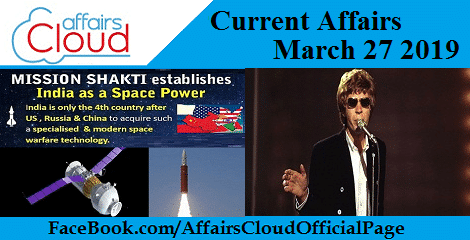 ISRO launches Young Scientist Programme for schoolkids
On the lines of Centre Govt mission “Jai Vigyan, Jai Anusandhan”, Indian Space Research Organisation (ISRO) has initiated Young Scientist Programme named “YUva VIgyani KAryakram” – (Yuvika) for school children with a purpose to enhance their interest in the emerging areas of Space activities by imparting basic knowledge on Space Technology, Space Science and Space Applications. This two week long programme is regarded as “Catch them young”.
Features of Yuvika:
i. The programme will be of two weeks duration during summer holidays (second half of May 2019) and is scheduled to be held at 4 centers of ISRO.
ii. Students of 9th standard (in the academic year 2018-19) and waiting to join 10th Std (or just joined 10th Std) are eligible for the online registration from 25 March 2019 (1800 hrs) to 03 April 2019 (1800 hrs).
iii. The selection is based on the 8th Standard academic performance and extracurricular activities.
iv. The expenses of the selected students during the entire course will be borne by ISRO.
About ISRO
♦ Establishment – 1969
♦ Headquarters – Bengaluru
♦ Director – Kailasavadivoo Sivan 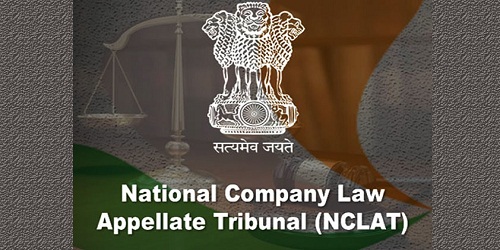 Key Points
i. It will ensure the time frame for disposal of cases and will also meet the mandate provided to NCLAT by the Finance Act, 2017, the Insolvency and Bankruptcy Code(IBC), 2016 and the Companies Act 2013.
ii.The additional posts will be created in Level 17 which is equal to Rs 2,25,000 as fixed plus allowances as admissible. The total financial involvement will be Rs 2,27,82,096.
iii.The tribunal hears appeals against rulings of the National Company Law Tribunal (NCLT). i. The execution of the platform will be done by IT Centre of Excellence (ITCoE) of Bank of Baroda in partnership with IBM India.
About Bank of Baroda
♦ Establishment – 1908
♦ Headquarters – Alkapuri, Vadodara
♦ CEO – PS Jayakumar
♦ Tagline – India’s International Bank

Energy demand of India surpassed the global growth, as per IEA
In accordance with the International Energy Agency (IEA) Global Energy & CO2 status report, India’s energy demand has surpassed the global demand growth in 2018. India’s primary demand increased 4% in 2018 in comparison to energy consumption worldwide grew by 2.3%. This accounts for 11 per cent of global demand growth.
i. The growth in India was led by coal for power generation and oil for transport.

Pact for exchange of reports to check tax evasion by MNCs signed between India and US
On 27th March 2019, India and United States signed an Inter-Governmental Agreement for exchange of Country-by-Country (CbC) reports to check the tax evasions of Multinational Companies in income allocation and taxes paid.MNEs with revenue of 750 million Euros(5500 cr) or more per annum are required to file CbC reports in their parent entity’s jurisdiction. 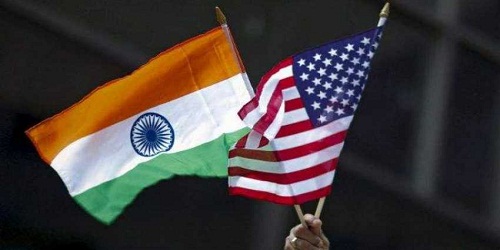 Key Points
i. The Bilateral Competent Authority Arrangement for exchange of CbC reports will enable the countries to automatically exchange the reports filed by the ultimate parent entities of Multi National Enterprises (MNEs).
ii. The Chairman of Central Board of Direct Taxes, PC Mody and US Ambassador to India, Kenneth Juster signed the agreement.
iii. India has been enabled with 62 jurisdictions by signing the Multilateral Component Authority Agreement (MCAA) earlier.
iv. The CbC reports requires MNCs to provide information about the name of each country where it operates, names of Subsidiaries and affiliates, performance of each Subsidiary, tax charge in accounts, detail of cost and net book value of fixed asset and gross and net assets details.
About United States
♦ Capital : Washington
♦ Currency : Dollar
♦ President : Donald Trump

Azali Assoumani re-elected as the President of Comoros 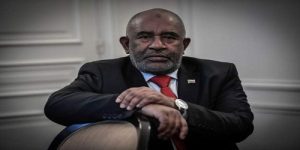 On 26th March 2019, Azali Assoumani was re-elected as the President of Comoros after defeating his closest rival, Mohamoudou Ahamada in the election held by the electoral commission of the Indian Ocean Archipelago.
i. 66 years old, Azali Assoumani who first took office in 2016, was credited with 60.77 percent votes whereas Mohamoudou Ahamada got only 14.62 percent votes.

On 25th March 2019, veteran coach Veselin Matic (58) has been appointed as the national men’s basketball team coach by Basketball Federation of India.He will succeed Zoran Visic, who is currently on the charge of coach of Indian women’s basketball team.
Key Points:
i. He led Iran to their Asian Championship title in 2009 which they won after beating China and also led to their first ever World Championship qualification in 2010 .
ii. He not only coached Iran, Syria but also coached the Polish and Lebanese Basketball teams previously. 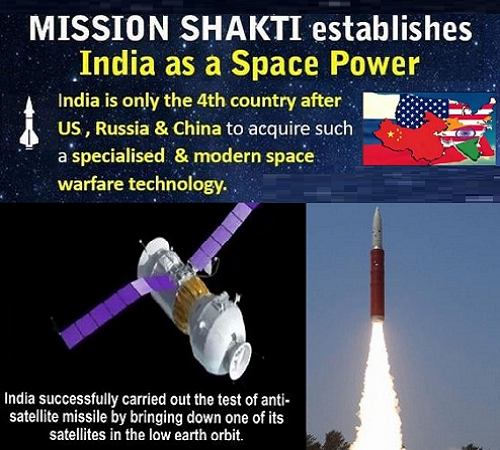 i. The target was hit by the DRDO developed Ballistic Missile Defence (BMD) Interceptor Missile, in Low Earth Orbit (LEO) in a “Hit to Kill” mode at a height of 300 km from the earth’s surface. The satellite used as target in the mission was one of India’s existing satellites.
ii. Mission Shakti is a joint programme of DRDO and the Indian Space Research Organisation (ISRO).
iii. There are many countries which have A-SAT capability but it has been demonstrated by only 4 countries: United States, Russia, China and India.
Related Point: International law on weapons in outer space
The principal international Treaty on space is the 1967 Outer Space Treaty, which prohibits only weapons of mass destruction in outer space, not ordinary weapons. India is a signatory to this treaty. So, adhering to this, this test is just a credible deterrence against threats to India’s space based assets.

Anti-intercontinental ballistic missile (ICBM) system, was successfully launched by the US Missile Defence Agency
On 26th March 2019, The US Missile Defence Agency had successfully tested an anti-intercontinental ballistic missile (ICBM) system, which was launched with a target from the Marshall Islands shot down by two interceptors based in California.
Key points:
i. The US Missile Defence Agency has developed the Ground-based Midcourse Defense (GMD) system to protect against the threat from ICBMs. This GMD system designed to fire an interceptor missile into space and use kinetic energy to destroy the incoming target.
ii. In 2017 North Korea became the latest entrant to the ICBM club after it tested the Hwasong-15, which is capable of reaching the whole US mainland. 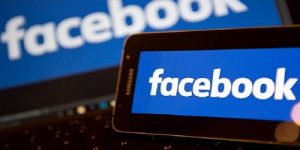 Key Points:
i. A new video feature “Candidate Connect” enable voters to see 20-second videos from candidates in their constituencies and the “Share You Voted” which will help people to find polling station information.
ii. The moves will help to prevent fake news and to make sure that it doesn’t impact the general election in India.
iii. These new tools are available in 12 local languages across India.
About Facebook
♦ Founded: February 4, 2004
♦ Headquarters: Menlo Park, California, U.S.
♦ Founder: Mark Zuckerberg Key Points:
i. This agreement will enhance the game by providing fans, players and coaches with a new experience in digital technologies such as artificial intelligence, big data and analytics, mobility, virtual and augmented reality.
About Infosys
♦ CEO: Salil Parekh
♦ Headquarters: Bengaluru
♦ Founded: 7 July 1981

Nikki Bella has announced her retirement from WWE 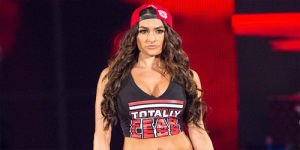 The 35 years old, American professional wrestler, Stephanie Nicole Garcia-Colace aka Nikki Bella has announced her retirement from WWE (World Wrestling Entertainment).
i. Earlier this month, her twin sister Brie also announced her retirement.
ii. In 2007, she was signed for the WWE and did her debut in November 2008.
iii. She has won the WWE Divas Championship twice. 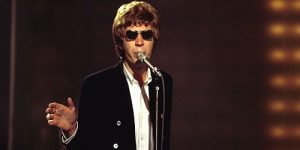 On 26th March 2019, American songwriter and producer Scott Walker passed away at the age of 76 years after fighting a prolonged battle with cancer.
i. He was born in Noel Scott Engel in Hamilton, Ohio in 1943.
ii. His real name was Noel Scott Engel.
iii. He was joined the Walker Brothers for a final album together in the 1980s and he was popularly known for the hit song “The Sun Ain’t Gonna Shine Anymore”. 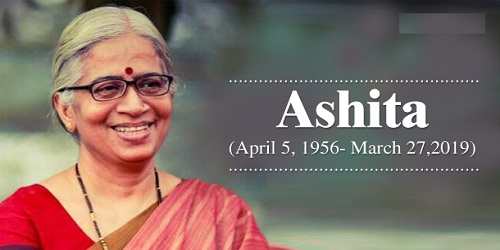