We are here for you to provide the important Current Affairs March 26 2019, which have unique updates of all daily events from all newspapers such as The Hindu, The Economic Times, PIB, Times of India, PTI, Indian Express, Business Standard and all Government official websites. 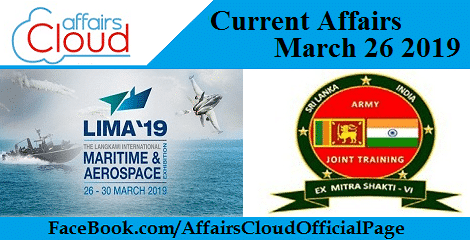 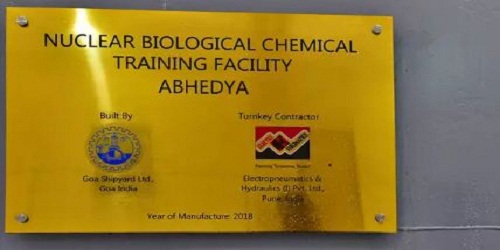 i. It will provide training to naval personnel in detection, protection against and decontamination of nuclear, biological and chemical agents.
ii. The theme of the logo of technical training establishment is “Propelling the Indian Navy since 1945”.
iii. It was constructed by Goa Shipyard Limited (GSL).

World’s largest e-waste recycling hub opened at the Dubai Industrial Park, Dubai
On 26th March 2019, the world’s largest e-waste recycling plant has opened in Dubai Industrial Park, Dubai by ‘Enviroserve’ company with a total cost of $5 million.
Key Points:
i. It will recycle Waste Electrical and Electronic Equipment (WEEE), IT asset disposition (ITAD), refrigerant gas and specialized waste. The processing capacity of this recycling hub is 100,000 tonnes of total integrated waste (per year), of which 39,000 tonnes is e-waste.
ii. The recycling hub will use state-of-the-art reclamation technology, which beat the European Union’s standards for e-waste.
iii. The project is supported by the Swiss Government Export Finance Agency.

LIMA 2019 Aero Expo held in Langkawi, Malaysia
The 5 days long, Langkawi International Maritime Aero Expo (LIMA-2019) is being commenced at Langkawi, Malaysia.Indian Air force is participating for the first time to enhance the relationship between the two services. 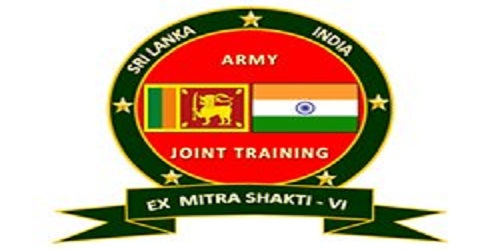 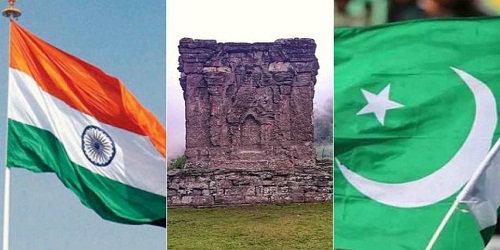 i. The 5000 years old Sharada Peeth is an ancient Hindu temple and cultural site in PoK.
ii. It is also an ancient centre of learning, dedicated to the Hindu goddess of learning.

RBI slaps Rs 2 crore penalty on PNB for violation of SWIFT norms
On 25th March 2019, The Reserve Bank of India slapped Rs.2 crore as penalty for non-compliance of regulatory directions regarding SWIFT operations on Punjab National Bank.
Key Points
i. Society for World Wide Interbank Financial Telecommunication (SWIFT) is a network which enables the financial institutions worldwide to send and receive information about the financial transactions in a secure manner.
ii. The misuse of SWIFT messaging software has lead to the massive Rs.14000 Cr fraud in the PNB which attracted the penalty. 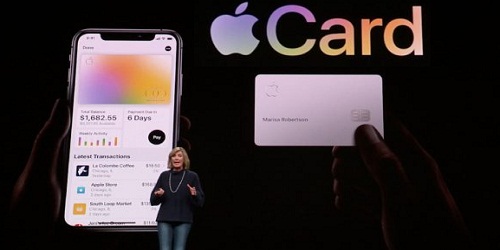 Key Points
i. Apple Card can be used along the wallet app of the iPhone.This virtual credit card will replace the traditional credit card with the smart and secure one.
ii. It can be used online and offline. The partnership with Goldman Sachs and Mastercard will help Apple for payment handling and processing.
iii. Through the Apple Wallet App,the application for Apple Card can be made and the users can also track expenses on a daily, weekly, monthly or even category-wise basis. 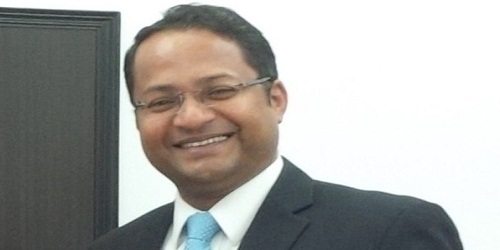 i. He presently works as a Joint Secretary in the Ministry of Defence. He will succeed Dr. Kheya Bhattacharya.

N S Srinath appointed as Non-Executive Chairman of Karur Vysya Bank
On 26th March 2019, Karur Vysya Bank appointed N S Srinath as Non-Executive Independent Chairman for a period of 3 years. The appointment is subject to the approval of the Reserve Bank of India and the Shareholders of the Bank.
Key Points
i. Srinath is graduate in Science and Law and a Certified Associate of Indian Institute of Bankers. He is also a certificate holder in Industrial Finance.
ii. N S Srinath started his career in Canara Bank in the year 1970 and served in the areas of Information Technology, Projects and HRD.
iii. He served as an Executive Director of the Bank of Baroda (Trinidad and Tobago) Limited and Bank of Baroda Ghana Limited.
iv. He also served in board of Central Registry of Securitisation Asset Reconstruction and Security Interest in India (CERSAI).
About Karur Vysya Bank
♦ Headquarter : Karur
♦ MD and CEO : P R Seshadri

For the first time in the world, Ooty’s muon detection facility measures potential of thundercloud
On 23rd March 2019, for the first time in the world, researchers at the GRAPES-3 muon telescope facility in Ooty have measured a thundercloud’s electrical potential, size, and height which was passed overhead on 1st December 2014. This measure will help to navigate aircraft and to prevent short circuits in aeroplanes.

Key Points:
i. The Thunderstorms can reach voltages ten times greater than those previously recorded which was 1.3 billion volts.
ii. Sunil Gupta at the Tata Institute of Fundamental Research in Mumbai, India, and his team used the GRAPES-3 facility in Ooty, India, to record muons.
iii. The Muon particles are originated when cosmic rays strike into Earth’s atmosphere.

NASA’s Hubble Captured birth of giant storm on Neptune
On 25th March 2019, the National Aeronautics and Space Administration (NASA) stated that its Hubble Space Telescope has captured the birth of a giant storm on Neptune.
Key Points
i. The new finding will help to understand the inner workings of the planets and in the study of exoplanets of similar size and composition.
ii. Hubble Space Telescope was launched in 1990 by NASA. The photos was taken by the Hubble for the past several years shows the growth of a new great Dark spot in Neptune.

Network of Under-Ice Lakes Discovered in Antarctic by the researchers from the Australian Antarctic Program
On 26th March 2019, an international team of researchers from the Australian Antarctic Program has discovered a network of lakes beneath Totten Glacier, the largest glacier in East Antarctica during their 160-day expedition.
i. This considerable amount of water found in these lakes could impact the predicted rise of the sea level by about seven meters. 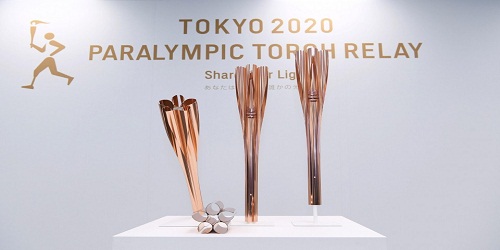 Key Points:
i. The torch is made from the recycled aluminum and is modeled after the Japanese cherry blossom or “sakura”. The color of the torch is “Sakura Pink”.
ii. On 13th August 2020, The Paralympic torch relay will begin in Japan, four days after the Tokyo 2020 Olympic Closing Ceremony.
iii. The Torch Relay will give everyone an opportunity to reflect on a new partnership among the people of different backgrounds and abilities.
Related Point:
Tokyo 2020 Paralympic Games mascot – SOMEITY.
About Japan
♦ Capital:Tokyo
♦ Currency:Japanese yen

Seamaster 2019 ITTF Challenge Plus or Oman Open table tennis held in Muscat
On 24th March 2019, The Seamaster 2019 ITTF Challenge Plus commonly called Oman Open table tennis held in Muscat, Oman. Indian players G Sathyan and Archana Kamath excelled in the tournament.
Key Points
i. Indian player G Sathyan was defeated by Mattias flack of Sweden in the men’s Singles Semifinals G Sathyan settled for a bronze medal in the tournament. The score was 8-11, 11-7, 9-11, 11-9, 9-11, 11-9, 10-12.
ii. Archana Kamath bags U-21 silver with an excellent run in the Oman Open. She was defeated by the Japanese player Satsuki Odo in U-21 Women’s Singles final. The score was 7-11, 8-11, 6-11.
iii. Sathyan and Sharath lost to Russian pair Denis Ivonin and Vladimir Sidorenko in the Men’s Doubles quarterfinals so as with Madhurika Patkar and Riti Shankar in the Women’s doubles.
iv. Archana and Sathyan lost the mixed doubles in the first round. Manav Thakkar lost to Artur Abusev of Russia in the semifinals.
About Oman
♦ Capital : Muscat
♦ Currency : Rial i. He holds a UFC record of 21 wins.
ii. In April, 2018, he was charged with three counts of assault and one count of criminal mischief.

World Purple day Observed on March 26
Epilepsy Awareness Day which is commonly known as World Purple Day is observed of March 26 in order to encourage the people to wear the colour to increase the awareness of Epilepsy. 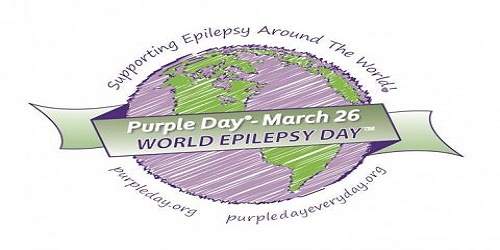 Key Points
i. Nearly 50 million people in the world are having Epilepsy as per the World Health Organization (WHO) which does not have a known cause.
ii. The day was first observed in 2008 in Nova Scotia, Canada to encourage awareness and cast away the myths on the general public about the disease.
iii. Epilepsy is eurological disorder in which brain activity becomes abnormal causing seizures.

Centre has set up Yarn bank in Karnataka for weavers of Mysore Powerloom Silk Manufacturers Cooperative Society
In order to avoid fluctuation in yarn prices, Ministry of Textiles has started Yarn bank, a first of its kind in Karnataka, to help thousand of weavers at the Mysore Powerloom Silk Manufacturers Cooperative Society by ensuring steady supply of silk yarn and zari.
i. The Centre aided bank will purchase yarn at the wholesale rate from producers, then it will be sold to the subscribing weavers at reasonable rates to sustain production.
ii. Currently, the weavers from southern Karnataka have to source yarn locally through agents and wholesalers.