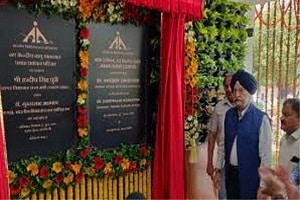 An Entrepreneur Viral Sudhirbhai Desai Changed Udhana railway station into India’s first Green Railway Station
Viral Sudhirbhai Desai, a young entrepreneur from surat launched an initiative to change Udhana railway station in Gujarat into India’s first green and clean railway station like Mumbai’s Chhatrapati Shivaji Terminus.
Key points:
i. Objective: In order to achieve the mission of  ‘Clean India-Green India’, Desai installed oxygen bomber and over 1700 air purifying plants at the station and also painting has been made by him for environmental protection on the wall of the station.
ii. Support: Organizations like Chhadyo and Archroma as well as Udhana Station Director CR Garuda provided their assistance for this great initiative.
iii. Homage to soldiers: A memorial has been set up at the station to honor our soldiers who sacrificed their life in Pulwama attack and also trees were planted in the name of the martyrs.
iv. About 23,000 trees and 38 tree guards distributed to the people for tree plantation and environment protection by Desai and his organization, ‘Hearts at Work Foundation”.

Five countries from Asia and Central America had no cases of Malaria in 2018: WHO
i. According to the report by World Health Organization (WHO), Four countries from Asia includes China, Iran, Malaysia and Timor-Leste and one country from Central America, El Salvador had malaria-free cases in 2018 and the report confirms that world is on a track to reach malaria elimination by 2020.
ii. The E-2020 progress report, which is launched in 2016 by the WHO covering 21 countries & spanning five regions.
iii. In May 2019, Algeria and Argentina were identified as malaria-free by WHO…………………………………Click here to Read more 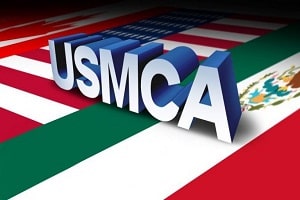 Key Points:
i. The USMCA (NAFTA 2.0) has been modified to include changes for automakers, stricter labor and environmental standards, intellectual property protections, and digital trade provisions.
ii. US President Donald Trump, Canadian Prime Minister Justin Trudeau and Mexico’s then-President Enrique Peña Nieto had signed the deal in November 2018 but it still needs to be ratified by all three governments.
iii. The USMCA was ratified with 114 Senators voting in favor and 4 against it.

NITI Aayog plans to convert three-wheelers to EVs by 2023 and 2-wheelers below 150cc by 2025
On June 21, 2019, National Institution for Transforming India (NITI) Aayog organized the first meeting with manufacturers and start-up Electric Vehicle (EV) makers, during which NITI Aayog planned for the transition of three-wheelers by 2023 and two-wheelers with an engine capacity less than 150 cc (Cubic Centimeter) by 2025 to full Electric Vehicles (EVs). It asked the conventional two and three-wheeler makers to suggest concrete steps towards transition to electric mobility keeping in mind 2025 deadline, within two weeks.

IRSDC signed 2 MoAs to renovate 22 railway stations
Indian Railway Stations Development Corporation (IRSDC) signed 2 Memorandum of Agreements (MoAs) on ‘Railway Station Redevelopment’ for the renovation of 22 railway stations.
MoA with MECON Limited
On June 21, 2019, IRSDC signed a MoA with MECON Limited (Formerly known as Metallurgical & Engineering Consultants Limited). 8 railway stations including Andheri, Bandra Terminus, Ranchi, Chennai Egmore will be redeveloped.
MoA with 2 other CPSEs
On June 20, 2019, IRSDC signed a MoA with two other Central Public Sector Enterprises (CPSEs) – EPIL (Engineering Projects India Limited) and Bridge & Roof for the renovation of 14 railway stations including Kolkata Terminal, Kanpur Central, Kalyan Junction, Ludhiana, Hyderabad and Udaipur City.
Key Points:
i. CPSEs will prepare detailed project reports on the development of 22 stations and act as Project Management Consultant to IRSDC to implement the redevelopment program.
ii. 6 CPSEs have been selected by IRSDC for the redevelopment of 41 railway stations, MoAs of which will be signed soon.

National Freight Index (NFI) launched by Rivigo Logistics
On June 20, 2019, In order to bring transparency in the road-freight marketplace, an Indian technology company based in Gurgaon, Rivigo which owns 3,000 trucks 5,000 drivers launched the National Freight Index (NFI) which will provide unrestricted access of live freight rates for different lanes and vehicles across the country.Logistics account for nearly 14% of India’s GDP.
Key points:
i. In 2018, the Indian road freight market size is estimated at $150 billion to $160 billion, of which $130 billion to $140 billion is full-truck load (FTL) market.
ii. The index shows truck rentals of 1,500 origin and destination locations (a minimum of 250 km) and 30 types of trucks. Of these, around 1,000 locations account for 70 % of cargo movement.
iii. It is estimated that there will be a shortage of around 50 percent drivers by 2023.
About NFI:
It is the barometer of the road freight market in India. It is based on Rivigo rate exchange, which gives a live spot rate on over 7 million lane and vehicle type combinations in the country.  The index is represented in terms of actual freight rates condensed to Rupees per tonne-km and in terms of relative movement with respect to a base month.

Dr Gaurav Nigam, an educationist, pediatrician and author, honoured with ‘Innovative Research Excellence Award 2019’
A well-known educationist, pediatrician and author, Dr Gaurav Nigam was conferred with the ‘Innovative Research Excellence Award 2019’ by Lyonpo Ugyen Dorji, Minister for Labour and Human Resources of Bhutan at the Asian Leadership Summit held at Thimphu, Bhutan. The event was organized by Global Leaders Foundation. 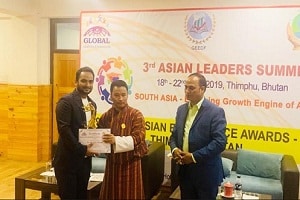 Key Points:
i. He was conferred this award for his excellence in school education on the basis of his excellent performance, splendid achievement and outstanding contribution towards the innovative development and research activities in the field of school education in South Asian Region.
ii. He is the founder of iCare, an organization working in the area of new-age child health care and Intelligentsia, a research-based play school.
iii. He is the author of the book titled ‘Devil Inside My Mind’.

DD India channel will be broadcasted in Bangladesh & South Korea
On June 19, 2019, Prakash Javadekar, Information & Broadcasting (I&B) Ministry, Government of India signed the agreement with Bangladesh and South Korea for DD (Doordarshan) India, an Indian English News and Current Affairs Channel which is to be telecasted in those countries.This exchange is in line with Prime Minister Narendra Modi’s Act East policy. 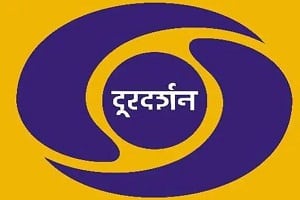 Key points:
i. MoU (Memorandum of understanding) was signed between India’s Prasar Bharati and the BTV World, a channel owned by Bangladesh TV and similar MoU was signed between India’s Prasar Bharati and KBS World, an English 24×7 channel of the South Korean government.
ii. These channels will be available in India on DDFree Dish, which has nearly 35 million subscribers across the country.This will help India’s relation with its South Asian countries.
About Bangladesh
♦ Capital: Dhaka
♦ Currency: Bangladeshi Taka
♦ Prime Minister: Sheikh Hasina
About  South Korea
♦ Capital: Seoul
♦ Currency: South Korean won
♦ President: Moon Jae-in 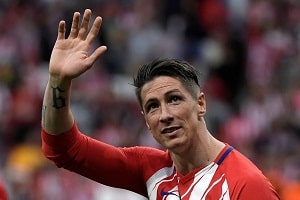 i. He started his career with Atlético Madrid. In 2007, he joined Premier League club Liverpool.
ii. In 2011, he left the club to join Chelsea for a British record transfer fee of £50 million.
Honors received: 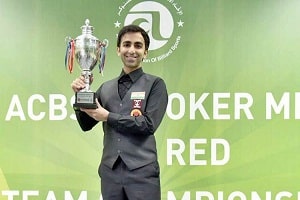 i. After winning this championship, he became the only player who win the Asian and World
championships in all formats.
ii. His next participation will be at IBSF World Cup , Doha.
About Asian Confederation of Billiards Sports (ACBS):
♦ President – Mr. Mohamed Salem Al-Nuaimi
♦ Headquarter – Doha, Qatar.

Key Points:
i. It will be co-authored with senior journalist Uday Mahurkar.
ii. It will describe the journey of the Yoga guru from a small Haryana village to international stage, about his passion for yoga and good health, friends and foes, the Swadeshi Campaign and the journey of Ramdev’s venture, Patanjali Group of Institutions, with a turnover of about Rs 12,000 crores.
About Patanjali Ayurved:
♦ Founded: January 2006
♦ Founders: Baba Ramdev, Acharya Balkrishna

International Widows Day 2019 observed on June 23
International Widows Day was observed on June 23, 2019. It is observed to address the issues that widows and their children face in some countries.
Key Points:
i. Loomba Foundation initiated the International Widow’s Day in 2005. It was on June 23, 1954, Shrimati Pushpa Wati Loomba, mother of the foundation’s founder, Lord Loomba, became a widow.
ii. On 23 June, 2010, the day was officially recognised in the United Nations General Assembly (UNGA) and since then it is celebrated.
iii. The aim of the day is to develop resources and policy to empower widows and allow them to have access to education, work, healthcare and lives free of violence and abuse. 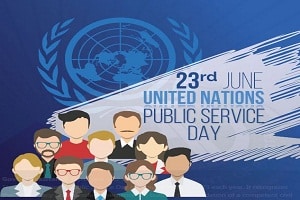 Key points:
i. The United Nations Public Service Forum (UNPSF) 2019 will take place in the Republic of Azerbaijan from 24-26 June 2019, with the theme of ‘Achieving the Sustainable Development Goals through effective Delivery of Services, Innovative Transformation, and Accountable Institutions’.
ii. The day was instituted by the United Nations General Assembly (UNGA) by passing resolution 57/277 on December 20, 2002. 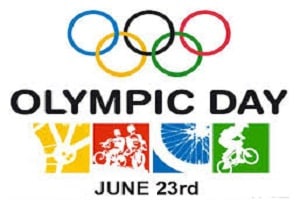 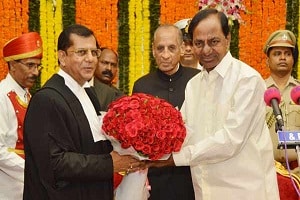 Government of Bihar bans tree-felling
Under the Forest Conservation Act, 1980, The State Government of Bihar recently issued an order banning felling of trees, citing increasing pollution and heatwave.
Key points:
i. The order came after the increasing pollution in the cities of Patna, Gaya, Bhagalpur, Muzaffarpur, and others in the state.
ii. The heatwave claimed 90 people in Gaya, Aurangabad and Nawada districts.
iii. Now the permissions granted to cut trees for development works, have become null and void.
iv. The government took a decision after the indiscriminate felling of big, old trees in Capital Patna during the last few years for the construction of roads and buildings and more than 2,200 trees have been chopped in the last two-and-a-half years.
v. Now anyone wants to remove a tree for any development project would have to translocate it & the Engineers have been asked not to cut trees while building or expanding roads.
About Bihar:
♦ Capital: Patna
♦ Chief minister: Nitish Kumar
♦ Governor: Lalji Tandon