Union Ministry of Health and Family Welfare launched ‘LaQshya’(Labour room Quality Improvement Initiative)
i. The Union Ministry of Health and Family Welfare, Government of India launched ‘LaQshya’ (Labour room Quality improvement Initiative)Initiative to improve quality of care in labor room and maternity operation theatres in public health facilities.
ii. It is a safe delivery mobile application for health workers who manage normal and complicated deliveries in the peripheral area
iii. It aims to reduce preventable maternal and newborn mortality, morbidity, and stillbirths associated with the care around delivery in the Labour room and Maternity Operation Theatre and ensure respectful maternity care……………………………….Click here to Read more 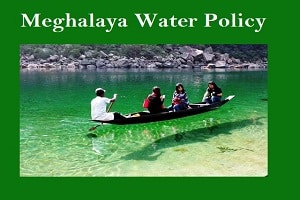 Key Points:
i. The policy aims to recognize water resources as a common pool resource, to provide safe and hygienic water for drinking, domestic, sanitation & livelihood development to all residents of the state, ensure the protection and conservation of catchment areas of all water sources to prevent degradation of the quantity and quality of water sources.
ii. It will be implemented through active participation of the community by constituting a Water Sanitation Village Council at the village level.
iii. The policy also suggests safety audit of state dams at periodic intervals by the Meghalaya State Dam Safety Organisation (SDSO) to identity the safety risks and mitigate the adverse impacts.
About Meghalaya:
♦ Capital: Shillong
♦ Governor: Tathagata Roy
♦ National Parks: Balphakram National Park, Nokrek Ridge National Park
♦ Wildlife Sanctuaries: Baghmara Pitcher Plant  Wildlife Sanctuary, Nongkhyllem Wildlife Sanctuary

AIIB provides $100 million to L&T Finance arm for wind and solar infrastructure projects
The Asian Infrastructure Investment Bank (AIIB) will provide $100-million loan to L&T(Larsen & Toubro) Infrastructure Finance Company(LTIF) for wind and solar infrastructure projects. This is the first time AIIB is extending loan to a non-banking finance company(NBFC).
Key points:
i. LTIF, a subsidiary of L&T Finance Holdings collaborated with AIIB to explore the international market for green finance.
ii. The project will help in increasing the supply of renewable energy in India & also helps to reduce the carbon intensity by 30-35 percent of the 2005 levels by 2030 which was India’s commitment under Paris agreement.
iii. India has set a target to install 175 Gigawatt (GW) of renewable energy capacity by 2022, of which a total of 80.04 GW of renewable energy capacity has been installed in the country till May 2019.
About L&T:
♦ Headquarters: Mumbai
♦ Founders: Henning Holck-Larsen, Søren Kristian Toubro
♦ MD & CEO :S.N.Subhramaniyam
About AIIB:
♦ Headquarters: Beijing, China
♦ President: Jin Liqun
♦ Formation: January 16, 2016

Agri-Business Incubation Centre started at Raipur, Chhattisgarh
An Agri Business Incubation Centre has been set up by the Union Agriculture Ministry in Indira Gandhi Agriculture University of Raipur, Chhattisgarh under the National Agriculture Development Scheme Remunerative Approaches for Agriculture and Allied sector Rejuvenation (RAFTAAR).
Key Points:
i. It focuses on innovations, skill building and entrepreneurs development in agriculture and allied sectors.
ii. It will help to grow agri-preneurship in the state and foster a start-up culture. 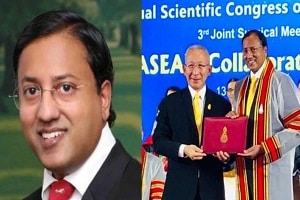 Key points:
i. The highest recognition bestowed by the Institute in recognition of  Raghu Ram’s bold vision coupled with an intense body of work that has paved towards significantly improving the delivery of breast healthcare in India & also in recognition of his contribution in promoting the highest standards of surgical education in India through his association with the Royal College of Surgeons of Edinburgh and England.
ii. It was conferred by professor Tanaphon Maipang, the President of the Royal College of Surgeons of Thailand.
iii. With this, Raghu Ram achieved the rare distinction of having been conferred FRCS from six Royal Colleges include London, Edinburgh, Glasgow, Ireland, and Thailand & from the American College of Surgeons.
iv. In 1995, he qualified to become a surgeon and he had 24 years of experience. He also created awareness about the importance of early detection of breast cancer.
About Thailand:
♦ Capital: Bangkok
♦ Prime Minister: Prayut Chan-o-cha

Accenture appoints Julie Sweet as new CEO; David Rowland as Executive Chairman
Accenture Inc, a consulting and outsourcing services provider, appointed Julie Sweet as its new Chief Executive Officer (CEO) succeeding David Rowland. She is currently the CEO of Accenture’s business in North America. Before that, she was a partner for 10 years in the law firm of Cravath, Swaine & Moore LLP. 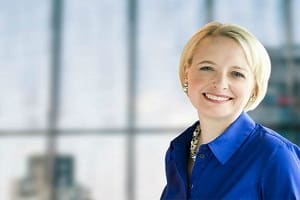 i. David Rowland was appointed as Executive Chairman of Accenture. He is the current interim CEO of the company.
ii. Marge Magner, currently non-executive chair of the board, will resume her role as a lead independent director. 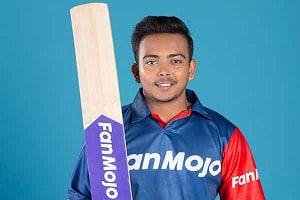 Key points:
i. Shaw will promote FanMojo’s brand ethos viz. ‘Kaabil Jo, Khiladi Wo’ to encourage fantasy sports enthusiasts to come on the platform and win rewards.
ii. Shaw, the right-hand batsman from Mumbai and former captain of Under-19 cricket team and was ranked among one of the five breakout stars in men’s cricket in 2018 by the International Cricket Council (ICC).
iii. FanMojo was launched in 2016 and it has over 2.1 million registered users. Its online gaming revenue expected to touch Rs.11,990 crores by 2023. 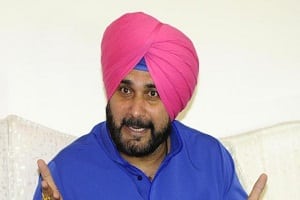 Key Points:
i. On June 6, in a Cabinet reshuffle, Chief Minister of Punjab, Amarinder Singh had divested Sidhu of the key portfolios of local government, tourism and cultural affairs and allotted him power and new and renewable energy sources ministry. But he did not assume the new charge.
ii. He was also left out of the consultative groups formed by the chief minister on June 8, 2019.
About Punjab:
♦ Capital: Chandigarh
♦ Governor: V.P. Singh Badnore
♦ Wildlife Sanctuaries: Abohar WLS, Bir Bhadson WLS, Harike Lake WLS, Jhajjar Bacholi WLS, Kathlaur Kushlian WLS, Nangal WLS etc 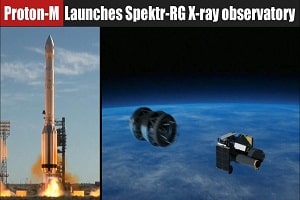 iii. Replacement: The Spektr-RG replaces Spektr-R( known as Russian Hubble)was launched in 2011 which Roskosmos lost control in January 2019.
iv. Way forward: Spektr-RG will next head into a stable orbit in space called an L2 Lagrange point where the telescope can maintain a stable position relative to the sun and the Earth.
v. Particular:  Russia has been the only country capable of sending teams to the International Space Station (ISS) since 2011. The next launch is scheduled for July 20, 2019, and will carry an Italian and US(United States)astronauts together with a Russian cosmonaut.
About Russia:
♦ Capital: Moscow
♦ Currency: Russian Ruble
♦ President: Vladimir Putin
♦ Prime Minister: Dmitry Medvedev 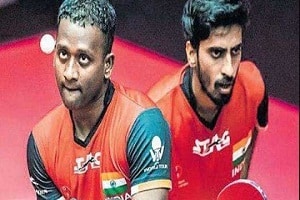 Key points:
i. The Indian pair lost with12-14, 9-11, 8-11scores to top seed Korean pair of Jeoung Youngsik and Lee Sangsu in semifinals.
ii. The bronze was the only silver lining as other Indians failed to cross the preliminary round in all events.
iii. In quarterfinals, the duo beat other Korean pair, Jang Woojin and Lim Jonghoon with  5-11, 11-6, 14-12, 11-8 scores was another pride that they took for India.
iv. Sathiyan is from Chennai in the state of Tamil Nadu &he become India’s highest-ranked player in the latest International Table Tennis Federation (ITTF) rankings. He has received the TOISA (Times of India. Sports Awards)Table Tennis player of the year award 2018.
v. Anthony Amalraj, a 2017 Arjuna Awardee is also from Tamil Nadu. He won the National Table Tennis Championship in January 2012.
About 2019 ITTF World Tour :-
It is 24th season of the International Table Tennis Federation’s professional table tennis world tour.This 2019 tournament split into two namely World Tour Platinum and World Tour.
The World Tour Platinum  offer higher prize money and more points towards the ITTF World Tour standings, which determine the qualifiers for the ITTF World Tour Grand Finals in December.
Duration -17 January 2019 – 15 December 2019
Tournaments – 12 + Grand Finals 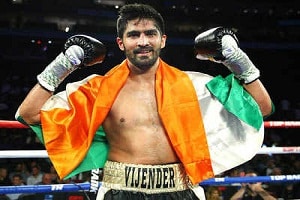 Key points:
i. The technical knockout (TKO) win was Vijender Singh’s(33) eighth knockout triumph.
ii. He won the Olympic medal in boxing at the 2008 Beijing Olympic Games.
iii. He had signed up with Hall of Famer Bob Arum’s Top Rank Promotions for his US stint.
iv. Vijender presented the most astounding games award of India, Rajiv Gandhi Khel Ratna & Padma Shri, the fourth highest civilian honor of the country. 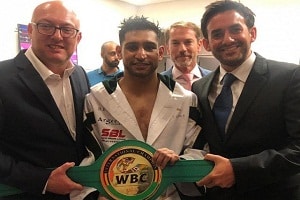 Former BSFI Secretary C Kapur passed away
Former Secretary of Billiards and Snooker Federation of India (BSFI), Mr. C. Kapur passed away in Kolkata, West Bengal. He served for the cue-sports for more than 40 years.
About BSFI:
President: M.C. Uthappa
i. It is the central authority overseeing the growth and development of cue sports in India.
ii. It was established in the year 1926. It is currently accredited from various national and international sports organizations like Indian Olympic Association, Asian Confederation of Billiards sport, International Billiards and Snooker Federation.