The 19th Commonwealth Foreign Affairs Ministers’ Meeting (CFAMM) for the year 2019 was held at the Commonwealth’s headquarters in Marlborough House, London, United Kingdom (UK) on July 10, 2019. It was chaired by UK Foreign Secretary Jeremy Hunt as part of Britain’s term as the current Chair-in-Office of the Commonwealth. 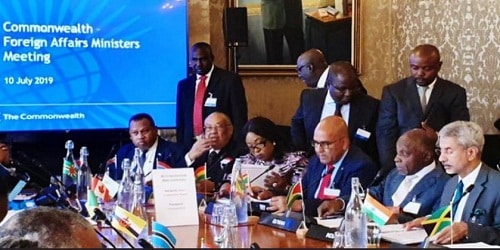 About Commonwealth of Nations:
♦ Headquarters: London, UK
♦ Founder: Parliament of the United Kingdom
♦ The modern Commonwealth came into being 70 years ago with the London Declaration, signed on 26 April, 1949.