We are here for you to provide the important Current Affairs February 5 2019, which have unique updates of all daily events from all newspapers such as The Hindu, The Economic Times, PIB, Times of India, PTI, Indian Express, Business Standard and all Government official websites. Businesswomen launched 1.38 lakh projects under PMEGP scheme
Women entrepreneurs have set up around 1.38 lakhs MSME (Micro, small and Medium Enterprises) projects under Prime Minister’s Employment Generation Programme (PMEGP) scheme,since inception and upto 23rd January, 2019.
i. These projects are about 30% of all entire projects that come under PMEGP.
ii. Under PMEGP scheme, a privilege of special category is being provided to women entrepreneurs, under which they are granted a subsidy of 25% in urban areas and 35% in rural areas for project set up.
About PMEGP:
PMEGP, a major credit-linked subsidy scheme since 2008-09, helps set up micro-enterprise. and to generate employment in rural and urban areas of the country. The maximum cost of the project under PMEGP scheme is Rs.25.00 lakhs for manufacturing sector units and Rs.10.00 lakhs for units under the service sector.

Assam tops the ranking of “best budgetary practices followed by states”: Transparency International
On 1st February 2019, according to a survey by Transparency International, Assam tops in the ranking of best practices followed by states in budget formulation. Assam is the only state to publish a citizens budget in the public domain and also to conduct budget awareness campaign across 17 districts. 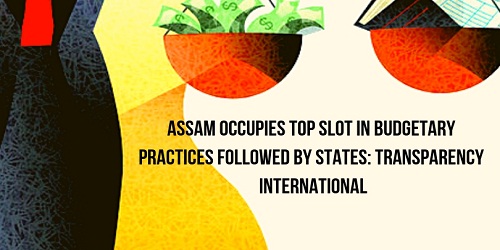 Sopan 2019, Festival for young artists held in New Delhi
On February 1,2019,The 6-day long music and dance festival to encourage young artists to take up traditional art took place in New Delhi.
i. It was Organised by Sahitya Kala Parishad and the New Delhi government, in partnership with New Delhi Municipal Council (NDMC). 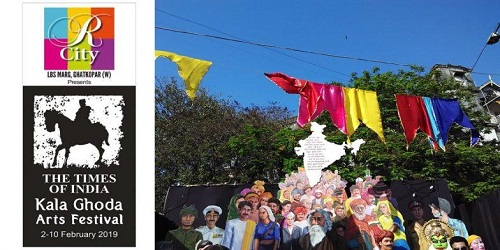 Key points
i. The festival hosted the  exhibition at the Jehangir Art Gallery to celebrate the 150th birth anniversary of Mahatma Gandhi and some rich history of Mumbai.
ii. Maneck Davar is Chairman of Kala Ghoda Association. About the scheme
i. Under this scheme, the beneficiaries will be provided scholarships to pursue higher education in professional courses at free of cost.
ii. Children of farmers who have taken admission at Government Professional colleges on merit basis are eligible for this scheme.
Other Projects launched:
Odisha Chief Minister also inaugurated 17 welfare projects worth Rs 66 crore and laid the foundation stone for 47 projects worth Rs 2,100 crore in Keonjhar.Few of them are,
i.Odisha Government has also launched drinking water projects worth Rs 1,050 crore to supply safe drinking water in the district.
ii. Patnaik also launched Mission Shakti Conclave dedicated the development projects worth Rs 45 crore.
About Odisha
♦ Capital: Bhubaneswar
♦ Governor: Ganeshi Lal
♦ Chief minister: Naveen Patnaik 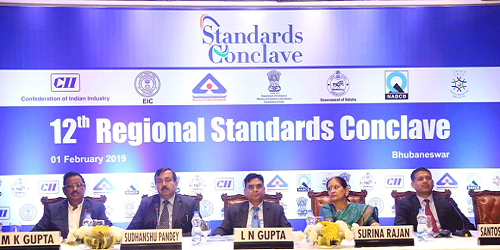 i. This conclave will have an onlooker on industry, regulators and experts sharing their views on the importance of Standards for Global trade, with focus on Odisha.
ii. This conclave was organized by Confederation of Indian Industry (CII) in collaboration with the Department of Commerce, Government of India, MSME  Department of the Odisha, National Accreditation Board of Certification Bodies (NABCB), Bureau of Indian Standards (BIS), Centre for Research in International Trade (CRIT) and Export Inspection Council (EIC).
About Odisha
♦ Capital – Bhubaneswar
♦ Chief Minister – Naveen Pathak

National Foundation for Communal Harmony organized a special workshop under Know My India Programme held in Bengaluru
On 4th February 2019, On the lines of Know My India Programme,the National Foundation for Communal Harmony (NFCH), organized a special workshop for 42 Youth in the age group of 15 to 22 years, who has suffered communal violence.The Youths Participated in the Programme belongs to Jammu & Kashmir, Manipur, Assam, Chhattisgarh, Bihar and Gujarat along with 10 official mentors.
Key points
i. The programme was organized by the Art of Living Foundation.
ii. Youth interacted with Gurudev Sri Sri Ravi Shankar, a spiritual leader.
iii. The participants were taught various body-breath mechanisms and practical tools of wisdom.The main exercise included the powerful rhythmic breathing practice called Sudarshan Kriya, whose regular practice is known to significantly reduce stress hormones, improve the clarity of mind and increase one’s happiness quotient.
About Know My India Programme
i. It is a unique programme initiated by the NFCH to bring together financially assisted children of the foundation from different states and regions of the country to promote oneness, fraternity and national integration.
ii. The NFCH is an autonomous organization under the administrative control of the Ministry of Home Affairs.

AIM of Operation Smile: The One month long programme aims to rescue child labourers and children engaged in begging.
Other Details
Apart from rescuing children from Hyderabad and other parts of Telangana, around 100 children from Andhra Pradesh, Bihar, Jharkhand, Uttar Pradesh and Nepal have been rescued under the mission.
About Telangana
♦ Capital: Hyderabad
♦ Chief Minister: K. Chandrashekar Rao
♦ Governor: E.S.L. Narasimhan

Indian Online Companies positioned 11th in the ranking of overseas expansion
On February 4, 2019 ,Stripe,a San Francisco-based online payment processing firm that analyses Companies that do business online released the survey for the 2019.
i. Stripe placed India in the 11th position for its extensive growth and overseas expansion.
ii. In the world doing business online, Singapore and Hong kong made its lead to the top position. 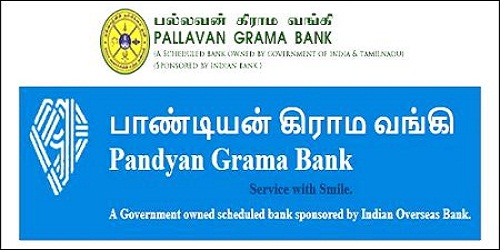 NBHC released  kharif crop estimation for the year 2018-19
On February 4,2019,National Bulk Handling Corporation (NBHC) released Kharif Crop estimation for the year 2018-2019.
i. According to the report, the basmati rice production is expected to decline by 9.24% to 5.18 million metric tonne.
ii. The total oilseeds production was  estimated to be 19.87 million metric tonne which is 5.36 % lower than 2018.
iii. The pulses production was  projected to be dropped to 9.10 million tonnes.
iv.Annual cotton output in India might drop 4.57% due to inadequate rainfall in the top two producing states Maharashtra and Gujarat 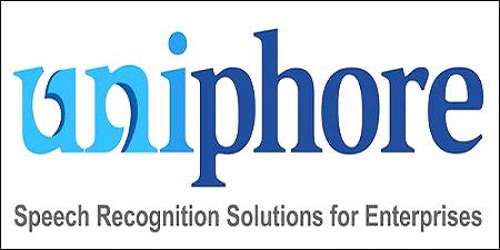 i. Uniphore Software Systems received the Aegis Graham Bell Award under Innovation in Data Science for its flagship product auMina.

i. He will  succeed Salvador Sánchez Cerén ,after whom the leadership chair was vacant for a period of time
ii. He is to assume the chair of president on June 1 ,2019.
About El Salvador
♦ Capital – San Salvador
♦ Currency -United States Dollar Bedin 1- Dwarf galaxy discovered by Hubble Space Telescope
On January 31,2019,astronomers from Italy, the UK, Germany and the United States discovered newly discovered galaxy consists  of red giant particles
i. This ancient galaxy is one of the oldest galaxy and was named after Luigi Bedin, a researcher at Italy’s National Institute for Astrophysics
ii. Bedin 1 is located  28.38 million light years from Earth.
iii.The object is classified as a dwarf spheroidal galaxy. These are defined by their small size, low-luminosity, lack of dust and old stellar populations. Thirty-six galaxies of this type are already known to exist in the Local Group, 22 of which are satellite galaxies of the Milky Way. World Cancer Day launched a new three year  campaign with the theme “I Am and I Will.”