Our Current Affairs February 2020 events will help you to get more marks in Banking, Insurance, SSC, Railways, UPSC, CLAT and all State Government Exams. Also try our Latest Current Affairs Quiz and Monthly Current Affairs 2020 PDF which will be a pedestrian to crack your exams.

Govt amended provisions of Arms Act, 1959 and Arms Rules, 2016 for renowned shooters
The Ministry of Home Affairs has amended the provisions of the Arms Act, 1959 and the Arms Rules, 2016 to provide adequate firearms and ammunition to the shooters for their practice.
Amendments in Arms Act, 1959:
-The amendment has increased the number of additional weapons kept by International Medalists/Renowned Shooters to 12 from 7 under the exempted category.
Amendments in Arms Rules, 2016:
The ministry has also amended the provision under Rule 40 of the Arms Rules, 2016 stating an increase in the quantity of ammunition that can be purchased by the shooters during the year for the practice.
Arms (Amendment) Act, 2019:
The maximum number of firearms to be possessed by any person has been reduced from three to two. Those in possession of three fire arms have to surrender the excess gun by 13.12.2020….Click here to Read More

Haryana tops in Direct Benefit Transfer (DBT) payouts rating for 2019-20; West Bengal worst
On February 22, 2020, According to the recent ratings regarding Direct Benefit Transfer (DBT) payouts, prepared for the 1st time by the Central Government,
Small state Haryana has emerged as the best state in DBT payouts (Rs.4782 crore in over 4 crore transactions) in 2019-20.While, West Bengal has emerged as the worst performer in DBT payouts (8793 cr through 5 crore transactions) and ranked 36th  position.
The rating, which ranked 36 states and UTs (Union Territories), according to DBT payouts compared to their population…..Click here to Read More
DBT performance ranking 2019-20:

Himachal Pradesh: 1st State to achieve 100% LPG coverage
On February 24, 2020 Himachal Pradesh became the 1st state in the country to have 100% LPG (Liquified Petroleum Gas) coverage due to the implementation of PMUY (Pradhan Mantri Ujjwala Yojana) scheme.
Key Points:
i.Following the implementation of the PMUY scheme, the state government launched ‘Himachal Grihini Suvidha Yojana’ in May 2018 to cover the scheme to remaining households.
ii.Under the scheme except families having a pensioner, income taxpayer or any member employed with the government, board, corporation etc, all households of the state without an LPG connection were eligible.
iii.Nearly 2.64 lakh free gas connections were provided through the state funded Grihini Suvidha Yojana & 1.36 lakh were benefited through PMUY scheme.
iv.About PMUY scheme: The scheme was launched by Prime Minister Shri Narendra Modi on 1st May, 2016 in Ballia, Uttar Pradesh (UP). Under this scheme 5 Crore LPG connections will be provided to BPL (Below Poverty Line) families & Rs. 8000 crore were allocated towards the implementation of the scheme.
v.PMUY scheme aims to safeguard the health of women & children by providing them with a clean cooking fuel – LPG, so that they don’t have to compromise their health in smoky kitchens or wander in unsafe areas collecting firewood.
About Himachal Pradesh:
National Parks- Great Himalyan NP, Pin Valley NP, Inderkilla NP, Khirganga NP, Simbalbara NP.

1 in 3 payments for maternity benefit scheme ‘PMMVY’ credited to wrong account: NITI Aayog report
On February 23, 2020, According to “Transforming Nutrition in India: Poshan Abhiyan”, a 2nd progress report on Prime Minister’s Overarching Scheme for Holistic Nourishment (POSHAN) Abhiyaan (Nutrition Mission) until September 2019, released by the NITI (National Institution for Transforming India) Aayog, worryingly 1 in 3 of Aadhaar-based payments for Centre’s maternity benefit scheme/ Pradhan Mantri Matru Vandana Yojana (PMMVY) was credited to a wrong bank account.
As per the report, 28% of 31.29 lakh of all Aadhaar-based payments are going to different bank accounts than what had been provided by the beneficiaries.
Ranking of the states:
The report also ranked states & Union Territories to measure their readiness to execute the programme ……Click here to Read More

NABARD grants Rs 400.64 cr for UT of J&K to boost infrastructure
On February 25, 2020, National Bank for Agriculture and Rural Development (NABARD),an Apex Development Financial Institution in India, has granted a sum of  Rs 400.64 crore to the Union Territory (UT) of Jammu and Kashmir(J&K).
The amount has been sanctioned under its ‘Rural Infrastructure Development Fund (RIDF) – Trench XXV’for boosting rural infrastructure during the current financial year-FY(2019-20).
Key Points:
i.Benefit: Out of the total amount, Rs. 209.87 crore will be provided for the construction of 82 rural roads length of 291 kms  & 3 bridges. This will benefit 9.15 lakh people in 19 districts of UT of J&K & they get all weather improved connectivity to 461 remote villages.
An outlay of Rs.143.66 crore rupees has been approved for implementation of 38 water supply schemes, which will benefit over 3.54 lakh people across 86 villages in 17 districts of UT of J&K.
Also, an amount of 47.11 crore rupees will be provided to improve the Animal and Sheep Husbandry sectors of the UT.
About National Bank for Agriculture and Rural Development (NABARD):
Formation– July 12, 1982
Headquarters- Mumbai, Maharashtra
Chairman– Dr. Harsh Kumar Bhanwala

Union HRD Minister Ramesh Pokhriyal ‘Nishank’ presented 3rd Chhatra Vishwakarma Awards 2019; 4 MoUs inked
On February 24, 2020, Union HRD Minister Shri Ramesh Pokhriyal Nishank presented Chhatra Vishwakarma Awards (CVA) 2019 to 23 teams under 8 sub- categories during an ocassion in New Delhi. The award function was organised in All India Council for Technical Education (AICTE). Apart from CVA, 6 institutes were felicitated under the Utkrisht Santhan Vishwakarma Award (USVA). This was the 3rd edition of awards. The winners are recognized for their projects on the theme of “How to enhance the income of Village”.
Four MoUs inked:
During the event, four MoUs were also exchanged between AICTE & IIT Kanpur, IIT Ropar, IIT Bhubaneshwar & IISER (Indian Institutes of Science Education and Research) Pune. The MoUs are aimed at creating internship opportunities for the students of J&K.
Launch of digital version of AICTE Activity Book:
Ramesh Pokhriyal ‘Nishank’ also launched the digital version of the AICTE Activity Book which has been hosted on the web portal of AICTE….Click here to Read More 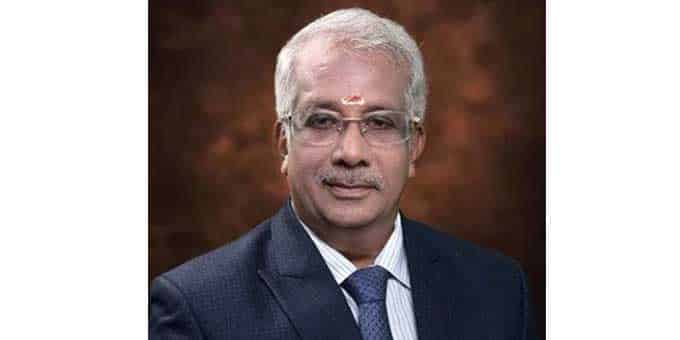 On February 24, 2020 Tamil Nadu Agricultural University (TNAU) Vice-Chancellor (VC) Dr N Kumar was awarded with ‘Lifetime Achievement Award” by ICAR- National Research Center for Banana, during the International Conference on Banana (ICB) 2020 held in Trichy, Tamil Nadu (TN).
International Conference on Banana (ICB) 2020:
ICAR- National Research Center for Banana organized the conference with Bioversity International, Rome, and Indian Council of Agricultural research, New Delhi and hosted the event with Society for Promotion of Horticulture, Indian Institute of Horticultural Research, Bengaluru. The conference was held for 4 days from Feb 22-25, 2020.
Theme of ICB 2020: Innovations in Sustainable Production and Value Chain Management in Banana.
Key Points:
i.Award contribution: The award is conferred to Dr Kumar in recognition of his specific contribution to the banana industry, by systematic banana breeding programmes which was started by TNAU in 1998.
ii.TNAU developed synthetic hybrids such as H. 212, NPH -02-01, H.531 which are resistant to biotic stresses of which H-212 was released as CO2 for commercial cultivation during January 2020.
iii.The bio-priming technology developed in hill banana, helps to promote disease free plantations. 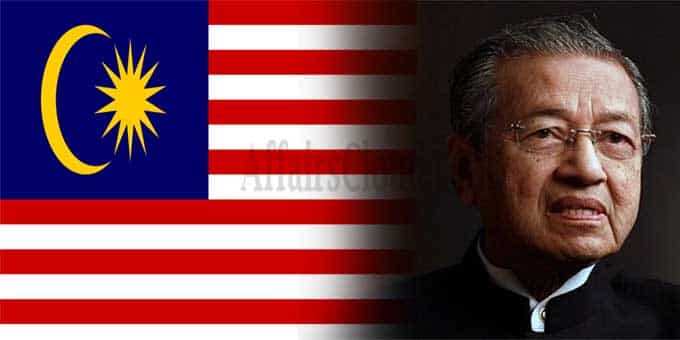 The world’s Oldest government leader Mahathir bin Mohamad (94) resigned as Malaysia’s Prime Minister (PM) on February 24,2020. His resignation has been accepted by Malaysia’s king Al-Sultan Abdullah of Pahang and also named him as the Interim prime minister of Malaysia until a successor is appointed.
Key points:
i.Mahathir has dissolved his entire cabinet and also called off his political party (Parti Pribumi Bersatu Malaysia) from Pakatan Harapan coalition. He also resigned from Parti Pribumi Bersatu Malaysia, the political party of which he was chairman.
ii.Mahathir served as Malaysia’s Prime Minister in 1981 and retired in 2003 and returned to office in 2018.
iii.In 1994 Mahathir was honoured with the “Jawaharlal Nehru Award for International Understanding” presented by the Government of India.
About Malaysia:
Capital- Kuala Lumpur
Currency- Ringgit 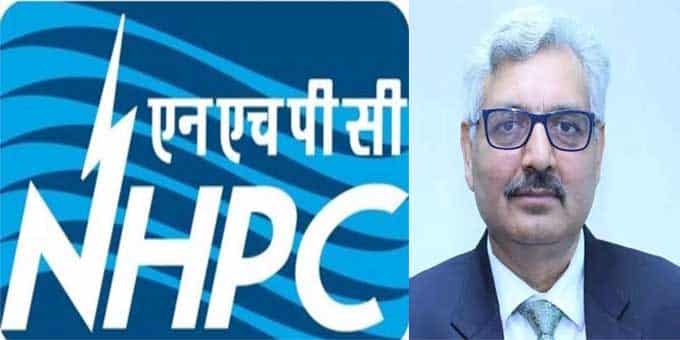 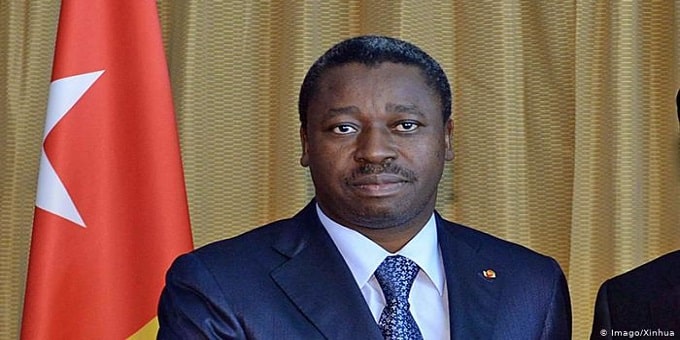 On February 24,2020 The National electoral commission declared Faure Gnassingbe as Togo’s (country in West Africa) president. Faure Gnassingbe is from political party The Union for the Republic party.He took 72% of votes in the first round of presidential election and was re-elected for a fourth term. Final result to be announced by the Supreme Court.He defeated Agbeyome Kodjo, who won only 18% of the votes.
Gist about Faure Gnassingbe:
i.Before 2012 he was a Rally of the Togolese People (RPT) candidate, after 2012 he formed & headed a new party named as The Union for the Republic (UNIR).
ii.After the Death of his father Gnassingbe Eyadema who ruled for 38 years for the first time Faure Gnassingbe became the president in 2005.
About Togo:
Capital– Lome, Togo
Currency– West African CFA franc
Prime Minister– Komi Selom Klassou

4,000-year-old crafts village unearthed near Varanasi, Uttar Pradesh by Banaras University
On February 23,2020, The Banaras Hindu University(BHU) Department of Ancient Indian History, Culture and Archaeology Professor, Anil Kumar Dubey and his team discovered a 4000-year-old urban settlement, which is mentioned as craft villages as per Ancient texts, in Babhaniyav village, Varanasi in Uttar Pradesh.
Key points:
i.As per former Additional Director General of the Archaeological Survey of India (ASI) Dr Buddha Rashmi Mani, the settlements could have been a satellite settlement and feeding centre of the Varanasi- Sarnath region.
ii.On the preliminary survey of the site, BHU found a temple which belongs to the 5th Century AD through 8th Century AD, potteries which are 4000-year-old and walls which are 2000-year-old.
iii.Satellite Settlements: Smaller cities or towns that are located nearer to a major city (which centre part of the metropolitan area).
About Uttar Pradesh:
Capital- Lucknow
Prime Minister- Yogi Adityanath
Governor- Anandiben Patel
Festivals- Kumbh Mela (Prayagraj, Haridwar, Nashik and Ujjain), Ganga Mahotsva

An e-commerce app “Thirumathi Kart” for SHG products launched at Tiruchi, Tamil Nadu
On February 18, 2020, An e-commerce mobile application called “Thirumathi Kart” developed by National Institute of Technology, Tiruchi (NIT-T) for promoting products developed by self-help groups (SHG), was launched in Tiruchi, Tamil Nadu (TN) by Collector of Tiruchi, S. Sivarasu in the presence of Mini Shaji Thomas, Director, NIT-T, and other officials at the inauguration ceremony of ‘Marketing strategies in the digital era: self-promotion of SHG products through Thirumathi Kart’ programme.
Key Points:
i.The App, Thirumathi Kart will be the main app for usage of public domain, the other 2 apps namely Thirumathi Kart (seller) and Thirumathi Kart (logistics), are for use among the SHGs.
ii.The app has been developed under the project, ‘Design and development of ICT-enabled cloud-based mobile application for self-promotion of products developed by SHG’ assisted by Department of Science and Technology(DST).
iii.The project aimed to connect the customers with SHGs to empower women with sustainable income-generation platform. 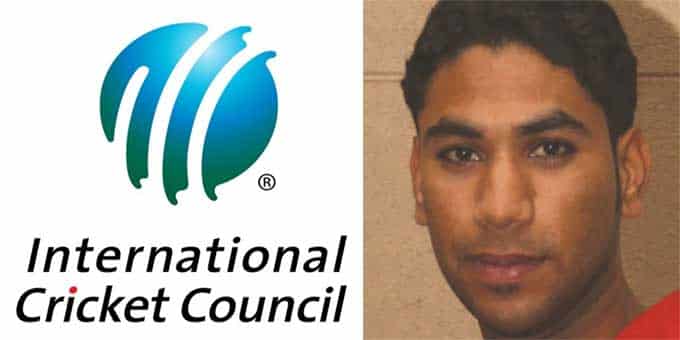 On February 24, 2020 The International Cricket Council (ICC) has banned Oman player Yousuf Abdulrahim Al Balushi from all forms of cricket for 7 years, because he tried to fix a match and he accepted 4 charges of breaching the ICC Anti-Corruption Code.
Key Points:
i.The charges are all related to the ICC men’s T20 World Cup Qualifiers 2019, held in UAE (United Arab Emirates).
ii.Al Balushi breached Article 2.1.1 of the Anticorruption code (being party to an agreement or effort to fix or contrive in any way the result, progress, conduct or any other aspect of matches)
iii.He also breached Article 2.1.4, Article 2.4.4 and Article 2.4.7 (all relating to corrupt practices).
About ICC:
Motto- Cricket for good.
Headquarters- Dubai, United Arab Emirates (UAE).
CEO (Chief Executive Officer)- Manu Sawhney. 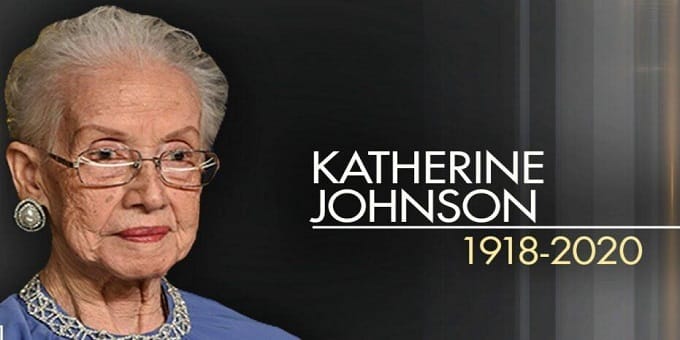 On February 24, 2020 Famous NASA (National Aeronautics and Space Administration) mathematician Katherine Johnson passed away at the age of 101 in Virginia, US (United States). She was born on August 26, 1918, White Sulphur Springs, West Virginia, US. Her life was portrayed in the movie “Hidden Figures”.
Key Points:
i.Awards: Katherine was awarded a “Presidential Medal of freedom” by former President Barack Obama in 2015.
ii.Katherine and her colleague were the first to calculate the parameters of the suborbital 1961 flight of astronaut Alan Shepard, the first American in space.
iii.She also worked on the Mercury and Apollo missions, including the first moon landing in 1969.
iv.Hidden Figures book tells about the life history of Katherine Johnson, published in 2016, authored by Margot Lee Shetterly and the movie “Hidden Figures” nominated for Oscar in 2017.
v.Katherine retired from NASA in 1986.