Our Current Affairs February 2020 events will help you to get more marks in Banking, Insurance, SSC, Railways, UPSC, CLAT and all State Government Exams. Also try our Latest Current Affairs Quiz and Monthly Current Affairs 2020 PDF which will be a pedestrian to crack your exams.

Council of Scientific and Industrial Research (CSIR) Delhi, tops in Nature Ranking Index 2020
Council of Scientific and Industrial Research (CSIR) ranked first in the Nature Ranking Index 2020. All the institutions are ranked on the basis of total research output from december 01, 2018 to 30th November , 2019.
Numbers in research output
Numbers in research output are designated by total citations in numbers and shares, that indicate the sharing percentage per article….Click here to Read More

SBI Card join hands with Landmark group to launch 3 new retail co-branded credit cards
On February 20, 2020, SBI (State Bank of India) Cards & Payments Services Ltd( previously known as SBI Cards and Payment Services Private Limited), a payment solutions provider in India, has entered into the partnership with Landmark Group, one of the largest retail and hospitality organizations, to launch 3 new retail co-branded credit cards namely Lifestyle Home Centre SBI Card, Max SBI Card and Spar SBI Card —with 4 Landmark Group brands – Lifestyle, Home Centre, Max and Spar .
Key Points:
i.The co-branded cards are available in three variants. It includes, Base, SELECT and PRIME and cater to the needs of consumers ranging from Value for Money to Premium and Super Premium.
ii.Cardholders of any of the above said cards can enjoy the same benefits across all participating Landmark brands. In this way, they can get many other benefits along with saving in many categories through the same card.
iii.From all variants, customers can earn SBI Card reward Points that can be redeemed across all brands of Landmark in India thereby rewarding loyal customers.
About SBI card:
Founded– 1998
Headquarters– Gurgaon, Haryana
CEO– Hardayal Prasad
It has a credit card customer base of over 9 million.
About Landmark Group:
Founded– 1973
Headquarters– Dubai, United Arab Emirates (UAE)
In 1999, the Landmark Group entered India, to revolutionize retailing in the country. It now operates more than 350 stores in India and employs more than 15,000 people in the business of  Lifestyle, Home, CentreMax Hypermarkets,Citymax Citymax (a hospitality division).

Kiran Mazumdar-Shaw won EY Entrepreneur of the Year award for 2019
On February 19, 2020 Kiran Mazumdar-Shaw, Chairperson and Managing Director (MD) of Bengaluru based biopharmaceutical company Biocon, won Ernst & Young Entrepreneur of the year 2019 (for her innovation & affordable life saving medicines), at the 21st edition of the awards held in New Delhi, India.
Key Points:
i.About Mazumdar-Shaw: She will also represent India at the EY World Entrepreneur of the Year Award (WEOY) in Monte Carlo between June 4 and 6, 2020. She was also one of the Indian signatories of the Giving Pledge, who dedicated the majority of her wealth to philanthropic causes.
ii.Adi Godrej, Godrej Group Chairman was conferred the Lifetime Achievement Award.
iii.Tuhin Parikh, senior managing director (Real Estate), BlackStone India, was the first recipient awarded with “Transformational Impact Person of the Year award” & this category has been newly launched to recognise individuals who have transformed both the industry and ecosystem in India.
iv.Awards were announced in 9 categories, with the winners coming from both mature industries and unicorns…..Click here to Read More

ESPN Multi-Sport Annual Awards 2019 announced:PV Sindhu & Saurabh Chaudhary becomes Sportperson of the year Female & Male
On February 21,2020 Entertainment and Sports Programming Network(ESPN)Multi-Sport Annual Awards 2019 announced PV Sindhu & Saurabh Chaudhary as ‘Sportsperson of the year’ 2019 female & male. PV Sindhu received this ‘Sportsperson of the year’(Female) award for the third consecutive time. Dutee Chand was named as the first winner of the ESPN India courage award.
Gist about the Award
The Award acknowledges individuals and teams based on 10 categories. Based on the vote by a 16 member panel the winners are selected. Cricket is not covered as it is already included in ESPNcricinfo’s Annual Awards….Click here to Read More

Indian freelance journalist Ahmer Khan wins AFP’s Kate Webb Prize
On February 20, 2020, The 27-year old Indian freelance reporter Ahmer Khan was announced as the winner of the 2019 Kate Webb Prize by the Agence France-Presse, for his series of videos and written reports on how people in Kashmir impacted while scraping article 370 by the Government of India.
Key points:
i.About Kate Webb Prize:In 2008 AFP established the Kate Webb Prize with a cash reward of euro 3000 ( approximately Rs.3.2 lakhs) to recognize Journalists working in difficult conditions in Asia, for the remembrance of Kate Webb.
ii.And later in 2020, the Award will be formally presented in a ceremony at Hong Kong

Two 1 Million Dollar worth ‘Food Planet Prize’ created by The New Curt Bergfors Foundation in Stockholm, Sweden
The New Curt Bergfors Foundation created the world’s largest prize for sustainable food solutions in Stockholm, the capital of Sweden. The name of the prize is Food Planet Prize and it’s worth one million dollar.The jury prize will be chaired by Johan Rockstrom the director of the Potsdam Institute for Climate Research.
Objective of the Prize
-To provide solutions  to feed people where climate change scares the world’s food supply
-To create a sustainable food system for growing population.
About the Food Planet Prize
i.Th prizes will be issued under two categories which are follows:-

ii.Later in 2020 ,the first prize will be awarded.
iii.The Curt Bergfors Foundation was established in 2019 to highlight the challenges in today’s food system.Curt Bergfors ,Swedish entrepreneur and philanthropist is a founder of this foundation.
Background of the Prize 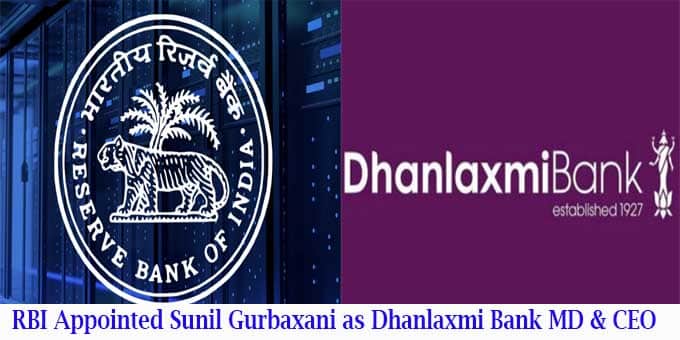 On February 20, 2020 Reserve Bank of India (RBI) appointed Sunil Gurbaxani as MD (Managing Director) and CEO (Chief Executive Officer) of Dhanlaxmi Bank for a period of 3 years. Sunil was the successor of T.Latha.
Key Points:
i.Sunil Gurbaxani served as the Executive Vice President of Axis Bank.
ii.Dhanlaxmi bank was removed from the RBI PCA (Prompt Corrective Action) framework, as the bank is found to be not breaching any of the risk thresholds of the framework.
iii.During the end of the third quarter in December 2019, the bank reported a 26% rise in a net profit to Rs 21.28 crore & registered a net profit of Rs 16.90 crore during the year 2019.
iv.Total income of the bank raised to Rs 285.85 crore from Rs 272.16 crore in October to December 2018-19.
About Dhanlaxmi Bank:
Headquarters- Thrissur, Kerala.
Tagline- Tann.Mann.Dhan.
Chairman- Mr. Sajeev Krishnan. 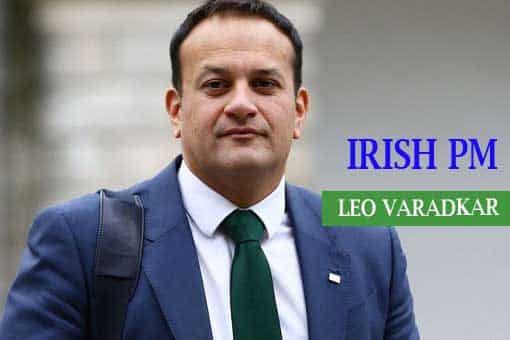 On February 20, 2020 Irish Prime Minister Leo Eric Varadkar resigned due to the insufficiency of the majority after the parliamentary vote. He submitted his resignation to Irish President Micheal Daniel Higgins.
Key Points:
i.He will remain as an interim leader and the government will continue to carry on their duties until the successor has been appointed.
ii.Leo Varadkar served as ‘Taoiseach’ (means Prime Minister of Ireland) since June 2017.
About Ireland:
Capital- Dublin.
Currency- Euro.

Netherlands Scientists discovered new snail species; named after Swedish climate activist Greta Thunberg
On February 21, 2020, A group of scientists with Naturalis Biodiversity Center,a research center on biodiversity based in Leiden, the Netherlands, have discovered a new species of land snail and named it “Craspedotropis gretathunbergae” in honour of the young Swedish climate activist Greta Thunberg for her efforts to raise awareness about climate change.
The snails have been found near the research center at Kuala Belalong Field Studies Centre in Brunei.
Key Points:
i.The newly discovered species belong to the group of so-called caenogastropods . It is a group of snails found on the ground that are dried, extreme temperatures and deforestation have an impact.
ii.The lead scientist of this research was J.P. Lim, who found the first specimen of the snail.
iii.The scientists’ team published a description of the snail in the Biodiversity Data Journal.
iv.Greta Thunberg nominated for Nobel Peace Prize 2020 & is also the subject of a Hulu documentary that will air in 2020, working titled ‘Greta’. She was also chosen as the 2019 Person of the Year.

Cabinet approved Procurement of 24 US made MH-60R Seahawk helicopters
On February 19, 2020, The Cabinet Committee on Security headed by the Prime Minister of India Shri. Narendra Modi has approved the acquisition of 24 Sikorsky MH(Maritime Helicopters)-60R(Romeo) seahawk multi-role Helicopters from The United States, worth of USD 2.6 billion (approximately Rs.1871 crores) for Indian Navy.
Key points:
i.Lockheed Martin who built the helicopters for the US, will be the principal contractor for the sale. The helicopters will be procured through the foreign military sales (FMS) method administered by The US Defence Security Cooperation Agency (DSCA)
ii.The Defence Acquisition Council of India had cleared the procurement of the 24 multi-role helicopters in August 2018. Later, in April 2019, the US State Department approved the sale of the helicopters to India
iii.The actual contract will be signed by the United States President Donald Trump during his visit to India, and these helicopters will replace the old British-made Sea King helicopters, which were placed in the Indian Anti-submarine warfare’s. 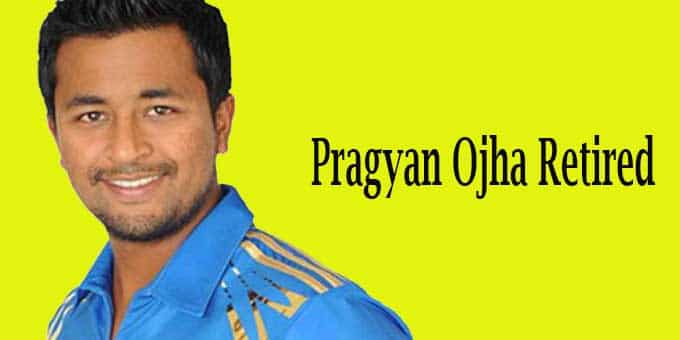 On February 21, 2020 Left arm Indian spinner Pragyan Ojha tweeted about his retirement from all forms of cricket on twitter.The 33-year-old player has 16 years experience in professional cricket.He hailed from Bhubaneshwar.
Key Highlights
i.He played his last match in 2013 during the farewell test Match of Sachin against West Indies in Mumbai but
ii.He played 108 matches, scored 848 runs and took 424 wickets.
iii.In December 2014 he was barred due to his illegal action. But on 30th January he cleared the test.
iv.On June 28 2008 Karachi he played his one day International match against Bangladesh and secured 2/43.
Awards and Achievements

Larry Tesler Inventor of Copy-Cut-Paste passed away at 74 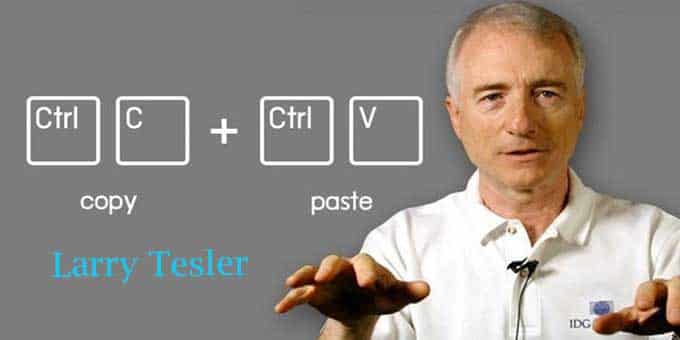 On February 17, 2020, Lawrence Gordon Tesler known as Larry Tesler was an American computer scientist who worked in the field of human–computer interaction and also the Inventor of Copy-Cut-Paste functions for computers in 1973 has passed away at the age of 74 in Portola Valley, California, U.S.
Key points:
i.Tesler was born in the Bronx, New York, in 1945 and served as a young researcher in photocopying company Palo Alto Research Center (Parc), and he also worked for blue-chip firms including Apple, Amazon and Yahoo.
ii.Later he Established UX consultancy in California. 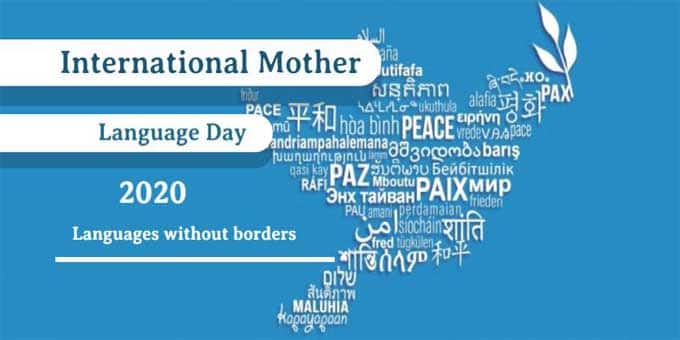 International Mother Language Day (IMLD) is observed annually on February 21 since 2000 as a worldwide observance of UNESCO (United Nations, Educational, Scientific and Cultural Organisation). The day creates an awareness on linguistic, cultural diversity and to promote multilingualism and in India the day is observed as ‘Matribhasha Diwas’.
Theme of IMLD for the year 2020 is“Languages without Border”.
MHRD celebrated ‘Matribhasha Diwas’ on feb 21, 2020
The Ministry of Human Resource Development (MHRD) celebrated “Matribhasha Diwas” on february 21, 2020 across the country. Vice President Shri M Venkaih Naidu was the chief guest of the function held in New Delhi, India,
Theme for the year 2020 is “Celebrating our Multilingual Heritage”.
The theme reflects the spirit of ‘Ek Bharat Shreshtha Bharat’….Click here to Read More

Central and UP government renamed 4 railway stations of Prayagraj
On February 21, 2020 Four railway stations in Uttar Pradesh’s Prayagraj will get new names, in order to recognise the identity of the ancient city. The names of the stations were changed by the State and Central Government.
Key Points:
i.Allahabad Junction will now be Prayagraj Junction, Allahabad City will now be known as Prayagraj Rambag, Allahabad Chhioki has been changed to Prayagraj Chheoki & the name of Prayagghat to Prayagraj Sangam.
About Uttar Pradesh (UP):
Capital- Lucknow.
Chief Minister (CM)- Yogi Adityanath.
Governor- Anandiben Patel.

National Payments Corporation of India launches ‘UPI Chalega’ campaign
National Payments Corporation of India(NPCI) launches ‘UPI Chalega’ campaign, which is aimed to guide users towards the right usage of UPI(Unified Payments Interface) and help to create a habitual change, use of UPI in their daily life.
UPIChalega.com has also been setup where users can access information about live banks and third-party apps on the interface as well as social feeds.