On February 21,2020 Entertainment and Sports Programming Network(ESPN)Multi-Sport Annual Awards 2019 announced PV Sindhu & Saurabh Chaudhary as ‘sportsperson of the year 2019 female & male’. PV Sindhu received this ‘Sportsperson of the year’(Female) award for the third consecutive time. Dutee Chand was named as the first winner of the ESPN India courage award. 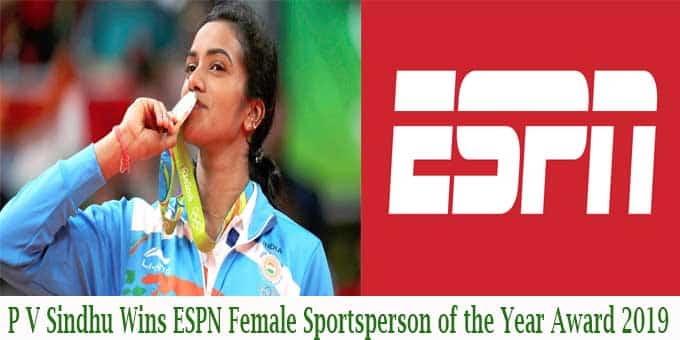 Gist about the Award
The Award acknowledges individuals and teams based on 10 categories. Based on the vote by a 16 member panel the winners are selected. Cricket is not covered as it is already included in ESPNcricinfo’s Annual Awards.

Reasons for the Award & their Achievements

i.Balbir Singh Senior is a three time Olympic Gold medallist. He played a vital role in the Olympics held at LOndon(1948),Helsinki(1952)& Melbourne(1956).