Defence ministry extends benefits of Child Care Leave to single male service personnel
On August 10, 2019, Defence Minister of India, Rajnath Singh has approved the extension of Child Care Leave (CCL) benefits to single male service personnel and further, the minimum period of CCL has been reduced to 5 days instead of 15 days.
Key points:
i. CCL for Defence personnel: Till now, women officers of defence forces are given up to 15 days to care for children up to the age of 22, with a 40 % disability. Not only female employees but now Single male service personnel also will be given 5 days leave from the earlier limit of 15 days to care for their children (irrespective of age).
ii. Similar order:  The move is in line with the recent order of Department of Personnel and Training (DoPT) extending similar benefits to civilian employees.
iii. Background: DoPT has made certain amendments for grant of CCL to civilian employees recently, whereby the CCL given to woman employees till now has been extended to single male civil servants also. The age limit of 22 years prescribed earlier in the case of a child with 40 % disability has been removed for the purpose of availing CCL & the minimum period of CCL has been reduced to 5 days instead of 15.
About Ministry of Defence:
♦ Headquarters: New Delhi
♦ Formation: 15 August 1947 (as Ministry of Defence)
♦ Minister of State for Defence: Shripad Yesso Naik

Tripura’s Banned Insurgency Group, NLFT signs a tripartite settlement agreement with MHA and Tripura govt
On August 10,2019, Government of India (GoI) has signed a tripartite Memorandum of Settlement (MoS)with Government of Tripura and banned rebel outfit of Tripura National Liberation Front of Twipra (NLFT) led by Sabir Kumar Debbarma & agreed to abjure the path of violence, join the mainstream and abide by the Constitution of India. It also decided to surrender its 88 cadres with their weapons. 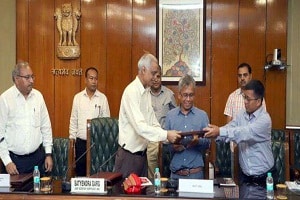 Key points:
i. MoS: The NLFT representatives called on Union Home Minister Amit Shah after signing the tripartite MoS, which has been signed by Satyendra Garg, Ministry of Home Affairs Joint Secretary (North East), Kumar Alok, Additional Chief Secretary (Home, Tripura), and Sabir Kumar Debbarma and Kajal Debbarma of the NLFT (SD).
ii. Benefit: The surrendered cadres will be given surrender benefits as per the Surrender-cum-Rehabilitation Scheme, 2018 of the Home Ministry as per the recent agreement. Tripura Government will help them in housing, recruitment, education among others.
iii. Background: Since the year 1997, NLFT has been banned under the Unlawful Activities (Prevention) Act,1967 and has been involved in violence, from its camps across the international border in Bangladesh. It has been responsible for violent activities, including 317 insurgency-related incidents( where 28 security forces personnel and 62 civilians lost their lives) during the period from 2005 to 2015. Peace talks with NLFT were initiated in 2015&there it has not been involved in any violence activity by NLFT since 2016.
About Tripura:
♦ Capital: Agartala
♦ Governor: Ramesh Bais
♦ Chief minister: Biplab Kumar Deb

India & Bangladesh to set up Joint Technical committee for optimum utilization of Ganges water
On August 8, 2019, At a Secretary-level meeting in Dhaka, India and Bangladesh decided to set up a Joint Technical committee for optimum utilization of Ganges water as being received by Bangladesh under the Ganga Water Sharing Treaty 1996. The Indian delegation was led by Water Resources Secretary Upendra Prasad Singh while the Bangladesh side was led by his counterpart Kabir Bin Anwar.
Key Points:
i. Both the countries agreed to prepare a framework for interim water-sharing agreement for 8 rivers including Feni, Gumti and Teesta.
ii. The Ganges-Brahmaputra-Meghna mega-basin is the second largest hydraulic region in the world.
About Bangladesh:
♦ Capital: Dhaka
♦ Currency: Bangladeshi taka
♦ Prime Minister: Sheikh Hasina

Sonia Gandhi chosen as Interim Chief of Congress
On August 10, 2019, The Congress Working Committee (CWC), the highest decision-making body of the party, selected Sonia Gandhi, aged 72, as the interim president of the Congress party. She had held the post of Congress President between 1998 and 2017. She succeeds Rahul Gandhi. 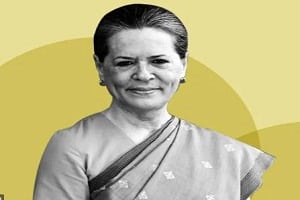 Shri Ghotu Ram Meena is the next Ambassador of India to the Republic of Congo
On August 8, 2019, As per the Ministry of External Affairs, Government of India(GoI), Shri Ghotu Ram Meena has been appointed as the next Ambassador of India to the Republic of Congo. He is presently serving as Counsellor, Embassy of India, Kyiv, Ukraine Ministry of External Affairs (MEA). He replaces Ms. Nina Tshering La.
Key points:
i. The Republic of Congo has supported India’s candidature in various international forums. Government of India approved a line of US $ 89.9 million for the development of the transportation system in congo in 2014 & approved another line of credit for US $ 55 million for a greenfield 600 TPD rotary kiln-based cement plant project. India also donated medicines worth US $ 200,000 to the Republic of Congo in 2010.
About Republic of Congo:
♦ Capital: Brazzaville
♦ Currency: Central African CFA franc
♦ President: Denis Sassou Nguesso
♦ Prime Minister: Clement Mouamba 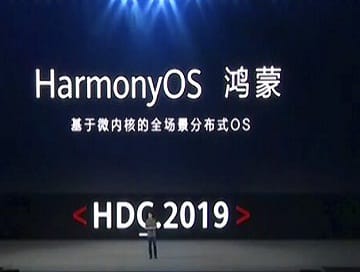 Key Points:
i. It can be used across different devices from smartphones to smart speakers and even sensors.
ii. Over the next three years, the OS will be used in other devices, including wearables and car head units.
About Huawei Technologies:
♦ Headquarters: Shenzhen, Guangdong Province, China
♦ Chairman: Liang Hua

Gogabeel, an ox-bow lake in Bihar declared as the state’s first ‘Community Reserve’
Gogabeel, an ox-bow lake (measures 88 hectares ) in Katihar district of Bihar has been declared as state’s 1st  ‘Community Reserve’. Gogabeel, which is the 15th Protected Area (PA) in Bihar, is formed from the flow of the rivers Mahananda and Kankhar in the north and the Ganga in the south and east.
Key points:
i. Long path: The move comes after the conservation experts who had been trying to convince local residents and authorities to declare the important birding site as a Protected Area.
ii. Winged visitors:  More than 90 bird species have been witnessed from this water body, of these, about 30 are migratory birds. The bird species recorded from this site include Lesser Adjutant Stork(listed Vulnerable), White Ibis, Black-Necked Stork, White-eyed Pochard(all 3 -Near Threatened species), Ashy Swallow Shrike, Jungle Babbler, Bank Myna, Red Munia, Northern Lapwing, and Spotbill Duck.
iii. Background:  Gogabeel was initially notified as a ‘Closed Area’(CA) by the state government in 1990 & after the amendment of the Wild Life (Protection) Act, 1972, the provision of CA has been lifted. In 2004, it was given the status of an IBA (Important Bird Area of India). The local residents around the lake have supported every move to declare it as a reserve for birds and biodiversity. Then, the environment Department of Bihar was notified the Gogabeel as a 57 hectare Community Reserve and a 30-hectare ‘Conservation Reserve’ on August 2, 2019.
About Bihar:
♦ Capital: Patna
♦ Chief minister: Nitish Kumar
♦ Governor: Fagu Chauhan
♦ Wildlife sanctuaries: Bhimbandh WLS, Gautam Budha WLS , Kanwarjheel WLS ,Kaimur WLS , Nagi Dam WLS, Valmiki WLS.

Bajrang Punia wins gold in 65kg at Tbilisi Grand Prix 2019
Indian Wrestler Bajrang Punia won gold in 65kg men’s freestyle competition at Tbilisi Grand Prix 2019 against Iran’s Peiman Bibyani by 2-0. The event was held at the New Sports Palace, Tbilisi, Georgia and was organised by the Georgian Wrestling Federation. It is the fourth gold medal for Punia after winning gold at Dan Kolov, Asian Championship and Ali Aliev tournament. 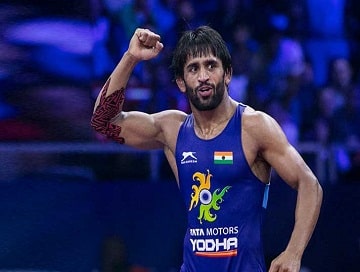 Freedom Fighter Dayanidhi Nayak passed away at Panimora, Odisha
On August 10, 2019, Renowned freedom fighter Dayanidhi Nayak, aged 95, passed away after undergoing treatment at a private hospital for old age-related ailments at Panimora village, Bargarh, Odisha. He had struggled against the British Government during the Quit India movement (8 August 1942). He was also jailed for 9 months and he was one of the 32 freedom fighters from Panimora. 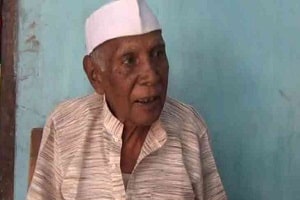