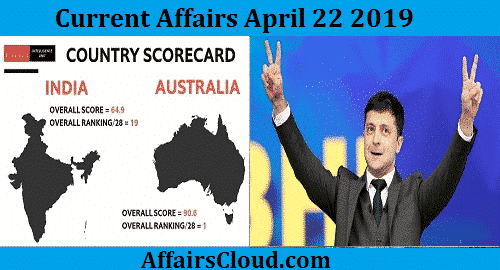 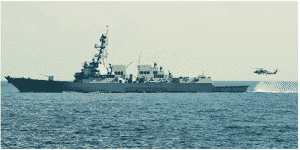 Recently, Indian and the US navies conducted joint submarine hunting exercise near Diego Garcia in the Indian Ocean in which India’s P8I Neptune Aircraft and US P-8A Poseidon maritime patrol aircraft along with the USS Spruance have participated. The objective of this exercise is to lay the groundwork for coordinating maritime patrol and reconnaissance.
Key Highlights
i. The Indian P-8I anti submarine aircraft which participated in the exercise is from Naval Air Squadron 312 based at Naval Station Rajali in Arakkonam, Tamil Nadu and US P-8A Poseidon aircraft which participated in the exercise is from Patrol Squadron VP-8 ‘Fighting Tigers’, based in Jacksonville, Florida.
ii. The maritime exercise is focused on anti-submarine training, information sharing and coordination between maritime patrol aircraft and surface combatants.
iii. This is first bilateral anti-submarine exercise after signing of a Communications, Compatibility and Security Agreement (COMCASA) which enable closer interoperation between US and Indian military assets. 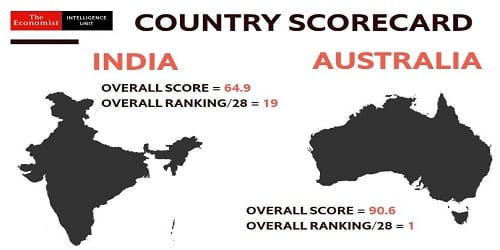 i. Cancer in 2018 caused 9.6 million deaths worldwide making it the 2nd biggest killer.
ii. The title of the report under which ICP has been introduced is “Cancer preparedness around the world: National readiness for a global epidemic.”
About Index of Cancer Preparedness (ICP):
i. The objective of ICP is to allow benchmarking of national efforts and identifying the best practices in addressing the cancer challenge.
ii. The three broad domains under which ICP explores the issue of cancer preparedness are as follows:

The four essentials of cancer preparedness Index as released by EIU are as follows: 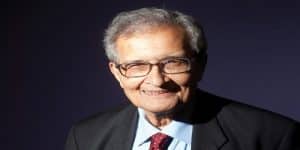 .Key Points:
i. He will also serve as the director of the LSE International Inequalities Institute, focused on studying and challenging some of the most pressing issues. The Institute is a living embodiment of the School’s enduring commitment regarding the improvement of society through research, education and public engagement.
ii. The chair, along with Atlantic Fellows for Social and Economic Equity (AFSEE), will benefit from a significant investment by Atlantic Philanthropies for harnessing the power of research and social change initiatives to further global equity.
iii. He won the Nobel Prize in Economic sciences in 1998 and honoured with Bharat Ratna in 1999.
iv. He was born on 3rd November 1933 in Manikganj, Bangladesh.

Bajaj Allianz General Insurance in a partnership with Bajaj Allianz Life Insurance launched their 1st product: ‘Total Health Secure Goal’
Bajaj Allianz General Insurance collaborated with Bajaj Allianz Life Insurance to launch their 1st product titled ‘Total Health Secure Goal’.
i. The product is a combination of 2 existing plans, namely, Health Guard policy by Bajaj Allianz General Insurance and iSecure policy by Bajaj Allianz Life Insurance.
ii. This combined plan offers customers a 5% extra discount on the total premium and also provides the flexibility of availing service or communication on the product.
iii. The product provides an overall insurance solution and ensures that health and security needs of the customer are taken care of without compromising on their savings.
iv. Under Health Guard policy, a customer can choose the option between a Silver or a Gold Plan with an insured sum ranging from Rs 1.5 lakh to Rs 50 Lakh. This sum is inclusive of the hospitalisation expenses incurred by the customer.
v. Under Bajaj Allianz’s iSecure policy, customers are offered the advantage of a level term cover at a low cost. Some extra features provided include special premium rates for non-smokers and high sum assurance.
vi. Both of the companies have common promoters Bajaj Finserv and Allianz of Germany. FAME II scheme has made compulsory for electric vehicles to feature 50% localisation for receiving subsidies
Under the FAME II scheme, the Central Government has made compulsory for Electric Vehicle (EV) manufactures in India to locally source at least 50% components for the provision of receiving subsidies. This step has been taken to encourage local manufacturing and relying less on imports. The conditions under FAME II scheme were decided by the Inter-Ministerial Steering Committee of National Mission for Transformative Mobility headed by Amitabh Kant, (Chief executive Officer) CEO of NITI Aayog.
Key Points:
i. Only the companies that meet the 50% localisation threshold will be eligible for incentives and subsidies under Faster Adoption and Manufacturing of Hybrid and Electric Vehicles (FAME-II) scheme for enhancing electric mobility.
ii. The government will adopt a challenging route to choose states and entrepreneurs to set up major factories for large scale manufacturing of cells and batteries in India.
FAME II Scheme:
The scheme administered by Union Ministry of Heavy Industries aims to promote eco-friendly electric and hybrid vehicles in India. It also seeks to address the issue of environmental pollution and fuel security. 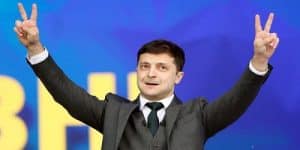 i. Zelensky, a trained lawyer, is best known for his role in the television series ‘Servant of the People’ in which he played a history teacher who becomes president of Ukraine.
ii. The election was held between 31st March 2019 and April 21st. According to Ukrainian law, President’s election must come about on the last Sunday of March of the fifth year of the term of the incumbent President.
iii. Incumbent Ukrainian head of state, who has acquired 25% vote, was decorated the Minister of Foreign Affairs title in 2009 and Minister of Trade and Economic Development title in 2012.
About Ukraine:
♦ Capital: Kyiv
♦ Currency: Ukrainian hryvnia

Twitter Appoints Manish Maheshwari as New India Head
On 22nd April 2019, Former Network 18 Digital CEO, Manish Maheshwari has been appointed as Managing Director of Twitter India with effect from 29th April 2019. He will succeed Balaji Krish who was serving as the interim head after Taranjeet Singh had stepped down from the same role. 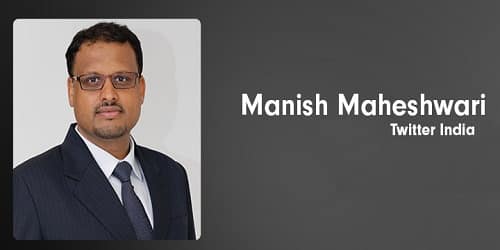 Nasim Zaidi resigned from Jet Airways board
On 22nd April 2019, Former Chief Election Commissioner of India (ECI), and ex-civil aviation secretary, Nasim Zaidi has resigned from the post of non-executive and non-independent director of Jet Airways with effect from 21st April 2019, due to personal reasons.
Key Point:
i. Last week, Jet Airways temporarily ceased all its operations, and now is under the management control of State Bank of India-led consortium of lenders following a debt-recast plan approved by its board. 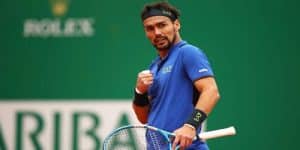 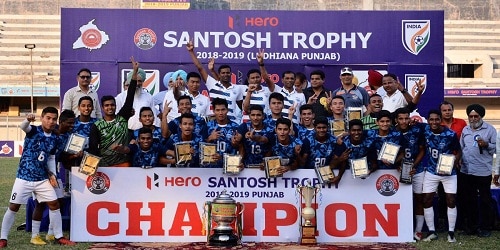 i. Earlier, Punjab beat Goa 2-1 to reach the Santosh Trophy-finals for the 1st time in 8 years.
ii. The last time that Services played in the Santosh Trophy final was in 2015, at the same venue and against the same opposition, Punjab. Then they had won the match by  5-4 on penalties after it ended 0-0 post extra time.

DD Director Kismat Sagar passes away at 47
Lucknow Door Darshan Kendra Director Ms.KismatSagar has passed away at the age of 47 during her treatment in a hospital in Mumbai.
Key Points :
i. She was suffering from cancer.
ii. She was a 1998 Batch Indian Information Service Officer.
iii. She also worked in several media units like DAVP, DFP, PRO Defence in Lucknow under Ministry of Information & Broadcasting. 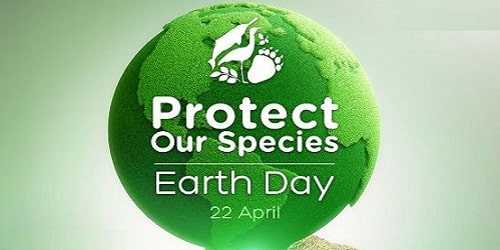 Key Highlights
i. The objective of Earth Day is to share responsibilities among people of this world and set agenda for peaceful coexistence with nature.
ii. As a part of celebrations, in India, the Lalbagh arm of the Rotary Club in Bengaluru has launched a 45-day long festival titled ‘Avani’ to mark the beginning of World Earth Day till June 5, which is celebrated as World Environment Day.

Ex-Deputy Poll Commissioner selected as Special Observer for Tripura
On 22nd April 2019, Former deputy election commissioner Vinod Zutshi has been appointed as special observer for Tripura. The Election Commission (EC) had postponed polling in the Tripura (East) Lok Sabha seat to the third phase on 23rd April from 18th April, due to law and order situation.
Key Points:
i. He was one of the special observers appointed by the Election Commission (EC) to ascertain when the assembly elections in Jammu and Kasmir can be held.
ii. Vinod Zutshi, an Indian Administrative Service (IAS) officer of 1982 batch, served as the Secretary, Ministry of Tourism, Govt. of India from 2015 to 2017.
About Tripura
♦ Capital: Agartala
♦ Governor: Kaptan Singh Solanki
♦ Chief Minister: Biplab Kumar Deb 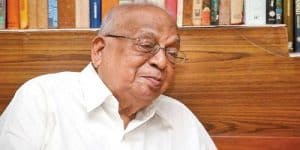 On 20th April 2019, Renowned Journalist-writer Subbiah Muthiah passed away at the age of 89 in Chennai due to age-related illnesses. He was born in 1930 in Ramanathapuram district of Tamil Nadu and attended school in Colombo.
Key Points:
i. In 1981, Muthiah published a book about heritage and history of Madras named ‘Madras Discovered’.And also he was best known for the Book ‘Madras Rediscovered’. He was also the founder of the fortnightly newspaper Madras Musings and Madras Book Club.
ii. He was conferred the’ Most Excellent Order of the British Empire’ in 2002.
iii. He was noted for his popular column in The Hindu, called ‘Madras Miscellany’.