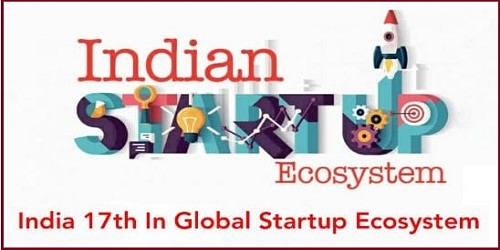 Key Points:
i. The United States, United Kingdom, and Canada are the top three countries ranked the first, second and third respectively in terms of global rankings.
ii. This ranking was based on the strength of its startup ecosystem.
iii. Bengaluru, New Delhi, and Mumbai are the cities with the most vibrant startup ecosystems in India. Bengaluru ranked the top startup city in India at 11th spot, while New Delhi followed it at 18th spot and Mumbai at 29th rank.
iv. Total 3800 new startups were launched in India during 2018 and Overall, Indian startups received $11 bn of funding through 743 deals in 2018 according to Inc42 DataLabs.

D&B report cited Business Sentiments down by 7.7% for Q2 in 2019
According to Dun & Bradstreet (D&B) report, business sentiments on the country’s financial and macroeconomic conditions continue to decline in the second quarter of 2019 as compared to the second quarter in 2018. D&B Composite Business Optimism Index conclude 78.4 scores during Q2 2019 as compared to 85.0 during Q2 2018, a decline of 7.7%.
Key Highlights
i. According to D&B report, the business sentiments were improved by 6.3% compared to the first quarter of 2019.
ii. The Q1 decline in the business sentiments was because of the unfolding of bank frauds and the tightening norms of Letter of Comfort (LoC) and Letter of undertaking (LOU) which result in the liquidity reduction.
iii. The marginal improvement in the business sentiment in Q2 as compared to Q1 was mainly due to monetary and liquidity easing, a steady inflow of foreign investments, increased forex reserves among others.
About Dun & Bradstreet (D&B)
♦ Headquarter: New Jersey, United States
♦ CEO: Anthony Jabbour 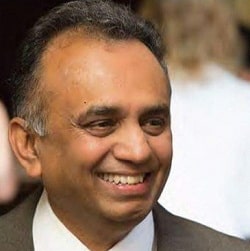 Prof. Sree N Sreenath, President of Sewa International since 2009, has been inducted into the 10th class of Cleveland Hall of Fame along with five other inductees – Paul Burick, Ingrida Bublys, Dr. Akram Boutros, Richard Fleischman and Marilyn Madigan from over 100 nominations.
i. Sreenath, Faculty at Case Western Reserve University, inducted into the Hall of Fame for his contributions in applications in systems biology, global issues and sustainable development on April 16th by Ramesh Shah of the Association of Indian Physicians of Northern Ohio.
ii. He earned BE in Electrical Engineering from Bangalore University and is currently serving as Director of  Case GEMNI (Graduate Engineering & Management National and International) Programme at Case Western Reserve University.
About Sewa International:
♦ Area:  Charitable Organisation
♦ Founded  :  2003
♦ Chairman : Ramesh Mehta i. Indian companies in RAKEZ are carrying on operations in various fields, namely, 1,600 in the commercial field, around 1,000 in services, more than 350 in general trading and around 100 in the industrial sector.
ii. RAKEZ in UAE is one of the leading hubs for businesses operating in commercial, service & consultancy field that uniquely offers customizable solutions to free zone and non-free zone businesses with Ramy Jallad as the CEO of RAKEZ Group.
Ravi Jayadritha Shastri’s achievements:
i. He played for the India National Cricket Team between 1981 and 1992 in Tests and One-Day Internationals (ODIs) and was a member of India’s World Cup winning team in 1983.
ii. Ravi Shastri was awarded “Champion of Champions” when India won the World Championship of Cricket in Australia in 1985. In the same season, on 10th January 1985, he equaled West Indian Garry Sobers’s record of hitting 6 sixes in an over in first-class cricket.
iii. In domestic cricket, Ravi Shastri played for Mumbai cricket team and led them to the Ranji Trophy title. In 2014, he became the director of Indian cricket team for a period of eight months from India’s tour of England till the 2015 World Cup.
iv. On 13 July 2017, Ravi Shastri was appointed as the head coach of an Indian cricket team.

US scientists used HIV to make gene therapy that cured eight infants of “bubble boy” disease
US researchers have used HIV (Human Immunodeficiency Virus) to develop a gene therapy that cured 8 infants who were treated at St. Jude and at UCSF Benioff Children’s Hospital, San Francisco of a rare combined immunodeficiency disease termed as “bubble boy” disorder.
i. Results of the research were developed at St. Jude Children’s Research Hospital, Memphis, Tennessee hospital and were published in the New England Journal of Medicine.
ii. The disorder is termed as “bubble boy” after David Vetter, born in 1971, had to live in a sterile plastic bubble because the disease made him extremely vulnerable to infectious diseases outside the bubble. He died at age 12 after a failed bone marrow transplant.
iii. Previously, untreated babies with this disorder had to live in completely sterile conditions and died as infants but now with gene therapy, it can be cured soon after birth.
What is the “Bubble Boy” syndrome?
Terminations:
“Bubble boy” or SCID (Severe combined immunodeficiency) is also known as alymphocytosis, Glanzmann–Riniker syndrome,  severe mixed immunodeficiency syndrome, and thymic alymphoplasia.
How is it caused?
SCID  is caused by a mutation in the ‘Interleukin-2 receptor Subunit Gamma Gene’ (IL2RG) that produces a protein which is crucial for normal immune system development.
i. The disease affects 1 in 200,000 newborns, mostly males and without any treatment, it often kills the child in the first 2 years of life.
Treatment:
i. The gene-therapy treatment first collects the baby’s bone marrow, then replaces the mutated gene ‘IL2RG’ with a corrected copy by inserting  the “correct” gene into an altered version of one of HIV virus.
ii. Thus, with this treatment, the babies born with ‘SCID-X’ with very little immune protection,  now have fully functional immune systems including T (thymus cells) and B(bone marrow- or bursa-derived cells) cells and natural killer (NK) cells after gene therapy treatment. 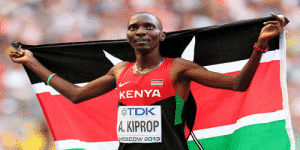 i. Kiprop was suspended by IAAF’s Athletes Integrity Unit (AIU) in May 2018 after having tested positive to blood-boosting Erythropoietin (EPO) in an out-of-competition test in Kenya in November 2017. His backup “B” sample also tested positive for EPO.
ii. Asbel Kiprop was awarded gold medal in the 2008 Beijing Olympics after race winner Rashid Ramzi from Bahrain failed a doping test and had his medal taken off.

Famous Bengali Folk Singer Amar Paul died at the age of 97
Amar Paul, an eminent Bengali folk singer passed away due to cardiac arrest in SSKM Hospital at Kolkata, West Bengal at the age of 97. 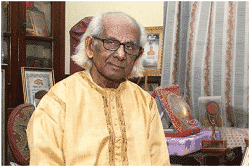 April 21 observed as National Civil Service Day
National Civil Service Day is observed every year on April 21. The function was organized by the Department of Administrative Reforms and Public Grievances and Pensions during which PM gave “Prime Minister Award for Excellence in Public Administration” to best civil servants. The first time this award was given in 2006 at the function in Vigyan Bhawan, New Delhi. Since then, we celebrate National Civil Service Day every year on April 21.But this year, it was not observed on 21st April 2019 due to Lok Sabha elections.The Department of Administrative Reforms and Public Grievances has stated that it will be celebrated once the new government takes over or may even consider clubbing this year’s celebrations with the next year’s programme. 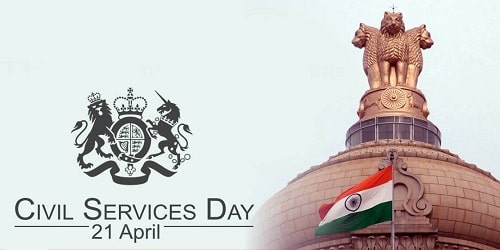 i. April 21 is observed as a National Civil Service Day every year because on the same date in 1947, Home Minister Sardar Patel inaugurated the All India Services and addressed the first batch of probationary officers at All India Administrative Service Training School at Metcalfe House, New Delhi and called bureaucrats as the “steel-frame of India”.

Administrative Professionals (Secretary’s) Day 2019 observed on April 21
On 21st April 2019, Secretary’s day or Admin Day was observed across India through community events and social gatherings to recognize the work of secretaries, receptionists, administrative assistants, and other administrative support professionals. The day of its observance varies to countries.
i. In the United States, it is celebrated annually on the Wednesday of the last full week of April (April 22 – 26, 2019).
ii. First National secretaries week celebrated on June 1 to 7 in 1952 and first Admin day is observed on June 4, 1952, which is sponsored by National Secretaries Association.