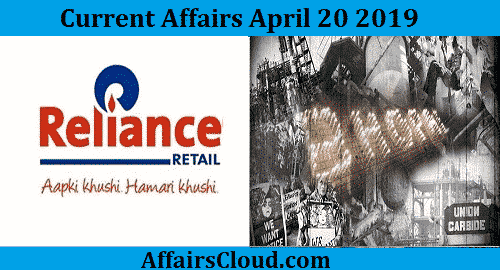 Union Territories and Twenty states join pan-India Single Emergency helpline Number ‘112’
On 19th April 2019, To get immediate assistance to the people who are in trouble, Union territories and Twenty states have joined in a pan-India network of single emergency helpline number ‘112’, which is implemented by central government’s Nirbhaya Fund( 2012 Delhi gangrape case).

i. Police (100), women(1090) and fire(101) helpline numbers are amalgamated in this and is similar to ‘911’ in the US.
ii. Kerala, Uttarakhand, Madhya Pradesh, Uttar Pradesh, Andhra Pradesh, Punjab, Himachal Pradesh, Rajasthan,  Puducherry, Tamil Nadu, Nagaland, Gujarat, Telangana, Lakshadweep, Andaman, and Nicobar Islands, Dadar and Nagar Haveli, Daman and Diu, Jammu and Kashmir are the joined states and UTs.
iii. When a person activates the panic button on the mobile, it will trigger an emergency call to 112. Emergency response Centre (ERC) can receive a panic call via voice call to 112, the ‘112’ mobile app or email requests on state ERSS website. A long press of the ‘5’ or ‘9’ key will activate the panic call in normal case.
iv. The location of the victim is understood by using GPS. To send a panic call to the Emergency Response Centre, a person can press the power key of a smartphone three times quickly.
v. A total of Rs 321.69 crore has been assigned for this project, out of which Rs 278.66 crore has already been issued to the States and the UTs from the Nirbhaya Fund.
About the Ministry of Women and Child Development :
♦ Founded: 30 January 2006
♦ Headquarters: New Delhi
♦ Officeholders: Krishna Raj (Minister of State), Maneka Gandhi (Minister) Key Points:
i. Saudi Crown Prince Mohammed bin Salman gave the assurance to Prime Minister Narendra Modi at a meeting in February.
ii. This will help the huge number of the pilgrim of Uttar Pradesh, West Bengal, Andhra Pradesh, and Bihar to embark pilgrimage this year.
Also, total 2,340 Muslim women from India will go for Haj without ‘Mehram’ or male companion.
iii. This year, the GST on Haj pilgrimage has been reduced from 18 percent to 5 percent which will ensure that about Rs 113 crore will be saved by pilgrims during the 2019 Haj. 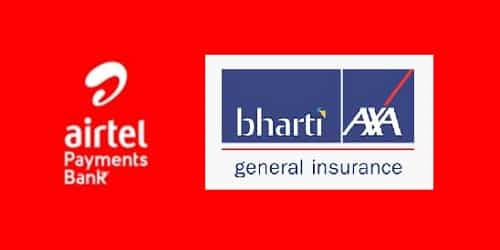 Key Points:
i. This offers various benefits like 70 percent savings on an annual premium, personal accident cover, protection against third-party liabilities and inspection-free renewal through a paperless process. Also, Customers can avail towing services at no extra cost on claim intimation, at the time of insured vehicle breaks down.
ii. Customers without an Airtel Payments Bank account can also avail this policy and can renew their two-wheeler insurance at Airtel Payments Bank banking point
iii. In India, approximately 75 percent two-wheelers are uninsured, despite being mandatory by the Supreme Court order in 2018 which is mandatory for individuals to buy five-year motor third party insurance while buying a new two-wheeler.
About Airtel Payments Bank
♦ Founded: 2016
♦ Headquarters: New Delhi
♦ CEO: Anubrata Biswas

CRISIL board gives nod for transfer of rating business to a new subsidiary
On 17th April 2019, a diversified global analytics company, CRISIL, will transfer its ratings business to its proposed new wholly owned subsidiary.
i. In 2018, SEBI had modified its regulations for credit rating agencies and mandated the segregation of rating and non-ratings businesses of credit-rating agencies.
ii. CRISIL makes the transfer of rating business through the scheme of arrangement in terms of section 230 to 232 of the Companies Act, 2013, that to be approved by the stock exchanges and the National Company Law Tribunal.
About Securities and Exchange Board of India :
Founded: 12 April 1992
Sector: Securities market
Headquarters: Mumbai
Chairperson: Ajay Tyagi

Asian Tea Alliance launched in China
On 19th April 2019, To boost tea trade, cultural and technical exchanges as well as the global promotion of tea, the Asian Tea Alliance (ATA), a union of five tea-growing and consuming countries, was opened in Guizhou, China. Police officer Sunil Kumar Gautam bestowed with ‘Pandit Govind Ballabh Pant Award’ for writing ‘Samvidhan Kavya’, a poetic verse of the Indian Constitution
Sunil Kumar Gautam,  Special Commissioner of Police (Operations) was honored with  ‘Pandit Govind Ballabh Pant Award‘  for 2018-19 by the Bureau of Police Research and Development (BPR&D) under the Ministry of Home Affairs, for his book titled ‘Samvidhan Kavya‘.
The book was originally been written in the Hindi language. There are total of 238 couplets which explain the lengthiest Constitution of the world, the Indian Constitution in a very simple and poetic form. It took the officer 6 months to write the book and also mentions all the articles of the Constitution.
i. 4 other Indian police officers who have also written books have been rewarded.
ii. ‘Samvidhan Kavya’ was released by Dr Kiran Bedi, Lieutenant Governor of Puducherry on 5th October 2016 in Puducherry.
Facts about Constitution:
i. The Constitution of India is the longest constitution in the world, consisting of 444 articles grouped in 25 parts with 12 schedules and 103 amendments with around 146,385 words in its English-language version.
ii. The latest amendment of the Indian Constitution became effective on 14th January 2019 that stated a maximum of 10% reservation for Economically Weaker Sections of citizens of classes other than the classes mentioned in clauses 4 and 5 of Article 15.
iii. The Constitution of Monaco is the shortest written constitution of the world containing only 12 chapters. 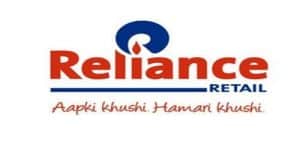 On 19th April 2019, the retail arm of the Mukesh Ambani-led Reliance Industries became India’s first retail company to cross the Rs.1 lakh crore annual revenue.
Key Points:
i. The revenue for 2018-19 is Rs. 1,30,556, which is 89% more from the previous fiscal.
ii. The company added 2,829 stores during the financial year, taking the total to 10,415 stores, thus becoming the first Indian retailer to cross more than 10,000 stores.
iii. It also opened more retail stores and added 26.6 million new subscribers to its Jio mobile phone service. 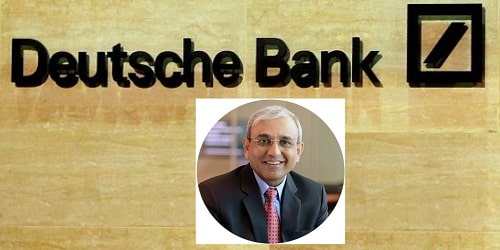 Key Points:
i. He has an experience as head of Asia Pacific Corp­orate Banking Coverage within Institu­tio­nal and Treasury Coverage, Global Head of subsidiary Coverage and has a 30-year experience at Deutsche Bank.
ii. Now he took over the position from Khurshed Dordi, as Chief Operating Officer for India, who was serving as Deutsche Bank’s interim Chief Country Officer after Ravneet Gill’s exit.
About Deutsche Bank
♦ Founded: 10 March 1870
♦ Headquarters: Deutsche Bank Twin Towers, Frankfurt, Germany

Ravinder Kumar Passi appointed as a new Chairman of Export Promotion Council for Handicraft (EPCH)
Recently, Export Promotion Council for Handicraft (EPCH) board has elevated Ravinder Kumar Passi (previously a vice chairman of EPCH), to the post of its Chairman. He will take charge for the post of Chairman shortly from his predecessor O P Prahladka.
i. Ravinder Kumar Passi had served EPCH in various important position including the post of chairman during 2001-2002. He has been a part of EPCH since its establishment in 1986-87.
About Export Promotion Council for Handicraft (EPCH)
EPCH is a non-profit organisation, established under Companies Act of 1956 in the year 1986-97.  Its objective is to promote, support, protect, maintain and increase its export of handicraft. 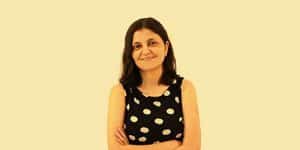 i. Sairee Chahal is the founder and CEO of Sheroes which is a community platform for women.
ii. PPB was incorporated in August 2016 and formally began its operations in 2017.
iii. The founder of Paytm, Vijay Shekhar Sharma holds 51% stake in PPB and One97 Communications holds the rest of the stakes.
iv. PPB currently has Rs.4.4 crore savings bank accounts with deposits of over Rs.400 crore and Rs.26 crore wallet accounts. 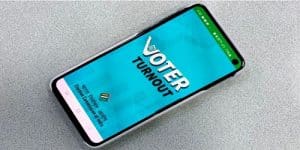 The election commission of India launched a voters turnout app to enable the people of India to watch realtime voter turnout.After collecting all the information from officers, it will be compiled and displayed in the app. The data at the assembly level and the data in various parliamentary constituencies will be available in the app.
i. The app is available in the Google Play Store and will only be supported on the Android 4.4 KitKat or above version.
About Election Commission of India:
♦ Formed : 25 january 1950
♦ Headquarters: NirvachanSadan, Ashoka Road, New Delhi

Antares Rocket launches Cygnus Cargo Ship to International Space Station
The Northrop Grumman Antares rocket and its unscrewed Cygnus Spacecraft launched which contains tons of NASA’s supplies and 40 live mice to the International Space Station (ISS), from the Mid-Atlantic Regional Spacecraft at NASA’s Wallops Flight Facility on Wallops Island in Virginia. The first stage of the rocket was developed by the Ukrainian Yuzhnoye State Design Office. 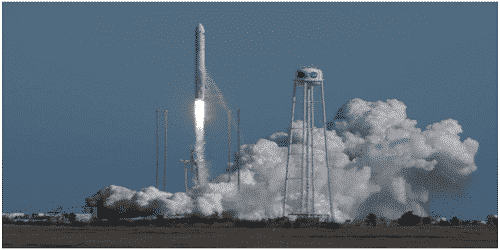 Key highlights
i. The mission named NG-11, is the 11th cargo flight for NASA by Northrop Grumman, to deliver 7600 lbs. (3,447 kg), the heaviest load for Cygnus till date which contains science gear and supplies to the six-person crew of the ISS. This mission will be the Northrop Grumman’s longest one till date.
ii. The mission also aims to conduct two science experiments, first, test two robotic systems named Seeker, which is designed to check air leaks on the space station, second is Astrobee, whose objective is to help station’s staff with tasks such as inventory and maintenance.
iii. The purpose to send 40 live mice is to test the effectiveness of an anti-tetanus vaccine. To conduct this experiment, scientists have sent 40 mice in two groups 20 mice each in which 20 mice will receive the vaccine in the space and the next 20 mice will not receive any vaccine. After some time when these mice returned back to earth then scientists will see the response of vaccine on animals.
iv. The upper stage of Antares rocket also carried 60 ThinSats, called tiny satellites, built by elementary and high school students and it also carried NASA CubeSat, called SASSI2, built by students of Indiana and Illinois university student. 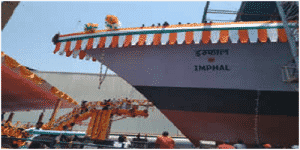 Key Highlights
i. Each ship weight 3,037 tonnes, spans 163 meters in length, 17.4 meters at beam and can displace 7,300 tonnes. The ships will be propelled by four gas turbines which can achieve a speed of more than 30 knots.
ii. The guided-missile destroyer has incorporated several modern concepts of the new design which helped in improved survivability, see keeping, stealth, and maneuverability. The ships use radar transparent deck fittings due to which enemy can’t detect this ship easily.
iii. The P15B ships can carry two multi-role helicopters in it. These ships are also equipped with state-of-the-art weapons and sensors which include multi-functional surveillance radars and vertically launched missile system, can help for long distance engagement of shore, sea-based and air targets.
iv. ‘INS Imphal’ is a third ship under the project P15B. First two ships are Vishakhapatnam and Mormugao. All three ships will be expected to join Indian Navy by 2021. 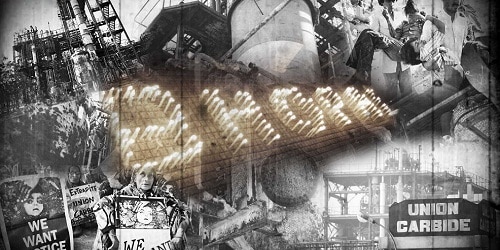 Key Higlights
i. In the report, ILO has reported that more than 600,000 workers were affected due to leak of toxic gas from Union Carbide plant.
ii. Other major industrial accident after 1919 which ILO talked about in its report is Chernobyl nuclear disaster of Ukraine in 1986, Fukushima nuclear disasters of Japan in 2011 and Rana Plaza building collapse of Bangladesh in 2013.
iii. According to the ILO’s report estimates, every year 2.78 million workers  die from occupational accidents and work related activities out of which 2.4 million died from diseases.
About ILO
♦ Headquarter: Geneva, Switzerland
♦ Director General: Guy Ryder

Lorraine Warren, a Paranormal Investigator died at the age of 92 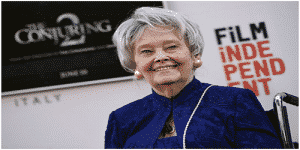 One of the most well known paranormal investigator, Lorraine Warren who investigated haunted houses and other manifestation of paranormal activities throughout her life with her late husband Ed. Warren died in her home at Monroe, Connecticut, US at the age of 92.
Key highlights
i. Both wife and husband Lorraine Warren and late Ed. Warren founded the New England Society at Monroe, Connecticut in 1952 to investigate haunting cases.
ii. Famous horror movies like ‘Amityville Horror’ and ‘Conjuring’ were inspired by her work.