We are here for you to provide the important Recent and Latest Current Affairs 7 October 2020, which have unique updates of Latest Current Affairs 2020 events from all newspapers such as The Hindu, The Economic Times, PIB, Times of India, PTI, Indian Express, Business Standard and all Government official websites.

As a part of improving road infrastructure, there are many ongoing expressway (e-way) projects in the country including the longest Delhi-Mumbai Greenfield expressway which is to be completed by 2024.  Among one of the features, Delhi-Mumbai expressway will have India’s first five animal overpass or “animal bridges” with a combined length of over 2.5 km for safe passage of wildlife.  These bridges are inspired from the Wildlife crossings in the Netherlands.

The proposal for the same was forwarded by the Rajasthan government to the central wildlife board and the work will start from November/December 2020.
About Delhi-Mumbai Greenfield expressway:
A 1,320 km Greenfield project with an estimated cost of around Rs 890 crore will cut the travel time from Mumbai to Delhi from 24 hours to 13 hours. i.For the further empowerment of street vendors under Prime Minister Street Vendor’s AtmaNibhar Nidhi (PM SVANidhi), on October 5, 2020, MoHUA has signed a memorandum of understanding (MoU) with Swiggy, a food ordering and delivery platform in India, to onboard street food vendors on its ecommerce platform, a first of its kind initiative. This will provide online access to thousands of consumers and help these vendors grow their businesses across cities.
ii.The MoU for the same was inked through webinar by Joint Secretary (MoHUA) Sanjay Kumar and Chief Financial Officer (CFO), Swiggy Rahul Bothra, in the presence of Secretary, MoHUA, Durga Shanker Mishra, among others.
iii.On pilot basis, this program will be initiated by taking 250 street vendors from five cities viz, Ahmadabad (Gujarat), Chennai (Tamil Nadu), Delhi, Indore (Madhya Pradesh), and Varanasi (Uttar Pradesh). Upon the successful completion of the pilot, it will be expanded pan-India in phases.
About Ministry of Housing and Urban Affairs (MoHUA):
Minister of State (MoS) – Hardeep Singh Puri
List of Schemes under Ministry of Housing and Urban Affairs – Smart Cities Mission, Heritage City Development and Augmentation Yojana (HRIDAY), Atal Mission for Rejuvenation and Urban Transformation (AMRUT), Urban Transport, Swachh Bharat Mission (SBM).
<<Read Full News>> NMCG, WII and the Forest Department launched 1st of its kind “My Ganga My Dolphin” campaign On the occasion of Ganga River Dolphin Day i.e. on October 5, 2020, the National Mission for Clean Ganga (NMCG), the Wildlife Institute of India (WII) and the Forest Department launched a Dolphin-based ecotourism programme namely “My Ganga My Dolphin campaign”.This first-of-its-kind initiative, dolphin safaris will begin in Kahalgaon (Bihar), Bijnor, Brijghat, Prayagraj and Varanasi (all in Uttar Pradesh), and Bandel (West Bengal). On October 5, 2020, Union Minister Dr Harsh Vardhan, Ministry of Health and Family Welfare (MoHFW) virtually chaired the 5th Special Session of Bureau of the Executive Board as Chairman of the Executive Board of the World Health Organization (WHO). The objective behind this session was to ensure the full and effective implementation of the terms of resolution WHA (World Health Assembly) 73.1 on COVID-19 response.

What is WHA 73.1?
It was co-sponsored by more than 130 countries for the intensification of efforts to control the COVID-19 pandemic and for equitable access to and fair distribution of all essential health technologies and products to combat the virus. 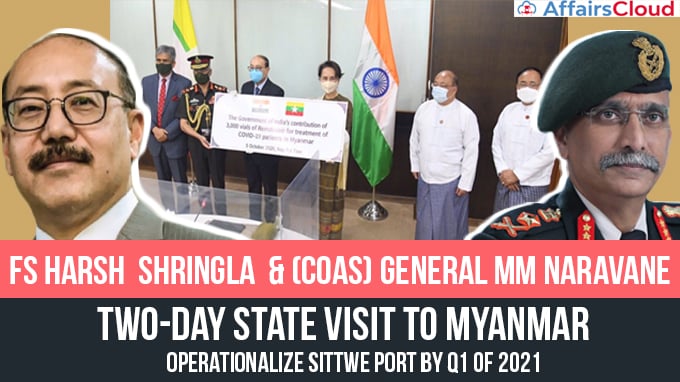 i.On October 6, 2020 ICICI Bank in partnership with Visa introduced a debit card facility for customers who avail Loan Against Securities (LAS) from the bank. The card is available on the Visa platform.
ii.With this introduction, ICICI bank becomes the 1st bank in India to launch this facility after the Reserve Bank of India (RBI) allowed banks to issue electronic(e) cards to customers availing an Overdraft (OD) facility, that are only in the nature of personal loan with no specific end-use restriction.
About ICICI Bank:
Headquarters– Mumbai, Maharashtra
MD & CEO– Sandeep Bakhshi
Tagline– Hum Hai Na, Khayal Apka
<<Read Full News>> 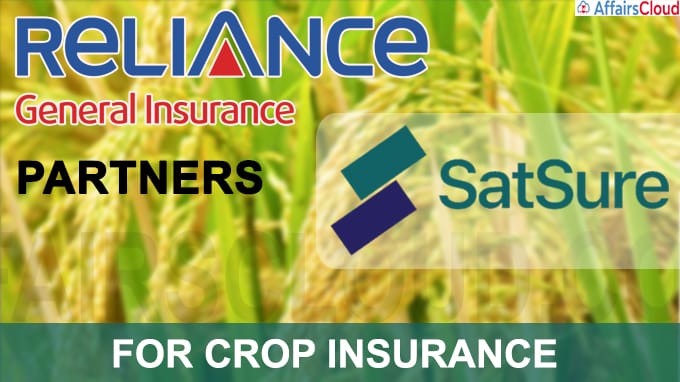 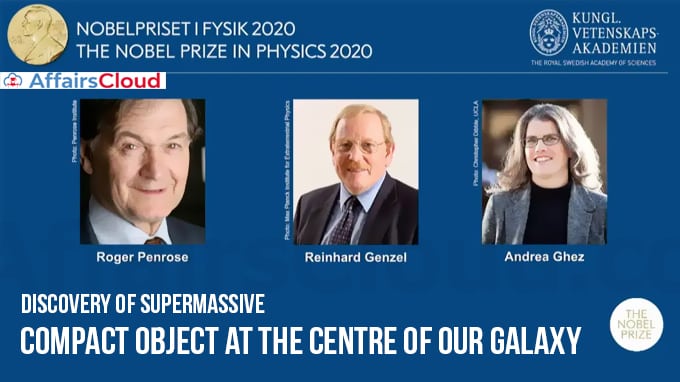 i.On October 6, 2020 Goran K. Hansson, secretary-general of the Royal Swedish Academy of Sciences, announced the Nobel Prize in Physics 2020.
ii.One half of the 2020 Nobel Prize in Physics was given to Roger Penrose(United Kingdom-UK)  for his discovery that black hole formation is resilient prediction of the general theory of relativity and the other half jointly to Reinhard Genzel(German) and Andrea Ghez(America) for their discovery of a supermassive compact object at the centre of our galaxy(Milky Way).
<<Read Full News>> 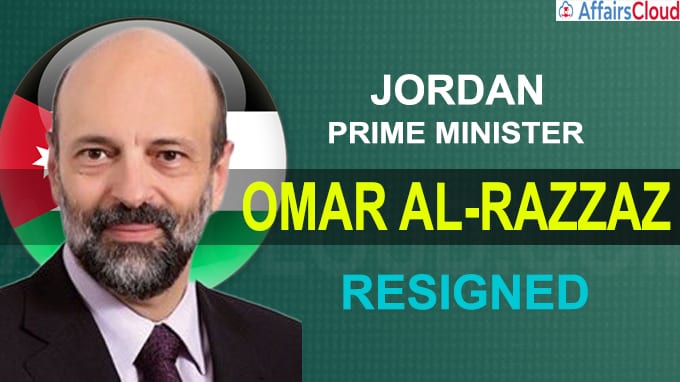 On 3rd October 2020, King of Jordan, Abdullah II accepted the resignation of Prime Minister Omar al-Razzaz. The monarch dissolved the parliament on 2nd October 2020, at the end of its 4-year term. Omar al-Razzaz will stay in caretaker capacity until the appointment of a successor to oversee the parliamentary elections on 10th November 2020 and formation of the new government.
About Omar al-Razzaz:
i.Omar al-Razzaz was appointed as the Prime Minister of Jordan in summer 2018.
ii.He was appointed to control the protest against tax increase by the International Monetary Fund to reduce the public debt.
Additional info:
In the past, with an aim to pass a particular lay or to resolve any domestic or regional issues, the Prime Ministers have been appointed for a minimum period of 1 month to a maximum of 3 years, after their dismissals.
About Jordan:
Capital– Ammān
Currency– Jordanian Dinar

Hudle Appointed Ajinkya Rahane as its Brand Ambassador and Advisor 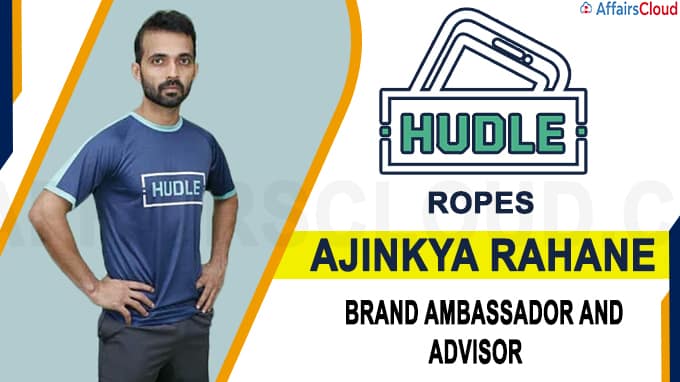 i.On 5th October 2020, Hudle, a sports tech startup, announced the appointment of Indian cricketer, Ajinkya Rahane as its brand ambassador and advisor of the company. Ajinkya Rahane will be the face of the brand and he will also provide the strategic inputs of his experience in professional sports and guide the team.
ii.Ajinkya Rahane’s association with Hudle will expose the idea of playing sports to a larger audience.
About Hudle:
Founder & CEO– Suhail Narain
Headquarters– Delhi
<<Read Full News>> 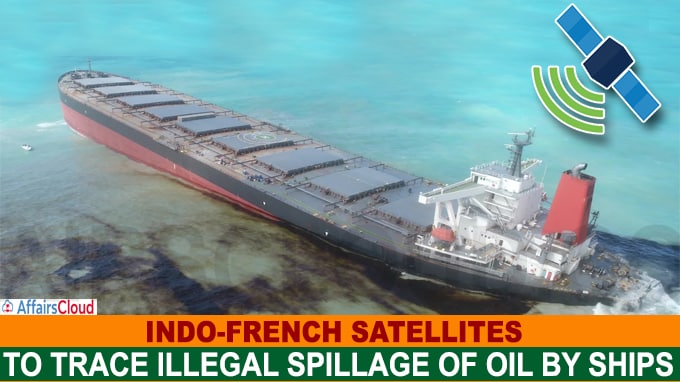 On October 6, 2020 Najeeb Tarakai, Afghanistan cricketer passed away at the age of 29 due to a road accident on October 2, 2020 in Jalalabad, Afghanistan. The top-order right-handed batsman has played 12 T20Is(Twenty20 Internationals) and 1 ODI(One Day International) for Afghanistan. He was born on February 2, 1991 in Afghanistan.
Note–  He lastly played a T20 for Mis Ainak Knights in the Shpageeza Cricket League in September where he scored 32 runs
About Najeeb Tarakai
Debut
i.Najeeb Tarakai made his international debut at the 2014 T20 World Cup in Bangladesh.
ii.He made his Twenty20 debut for the Afghan Cheetahs in the Faysal Bank Twenty-20 Cup against Rawalpindi Rams.
Scores
i.He has played 24 first-class games, scoring 2030 runs at an average of 47.20, including 6 centuries and 10 fifties.
ii.His highest international score is 90, from T20I series against Ireland in March 2017.
iii.He has played 17 List A matches, where he scored 53 runs at 32.52, including a century and three half-centuries.
iv.In 33 T20s, he has hit 700 runs.

Naseeb Pathan Leader of UP Congress Passed Away at 52 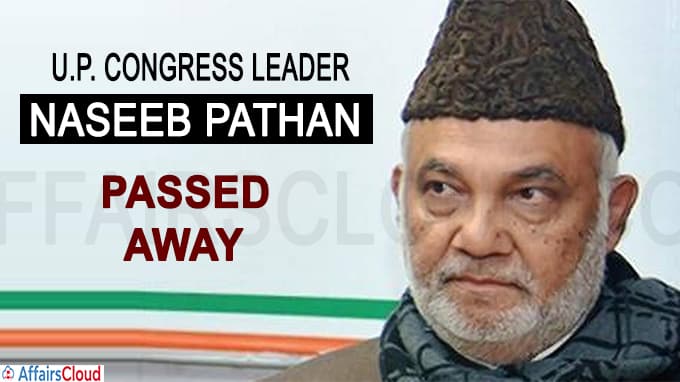 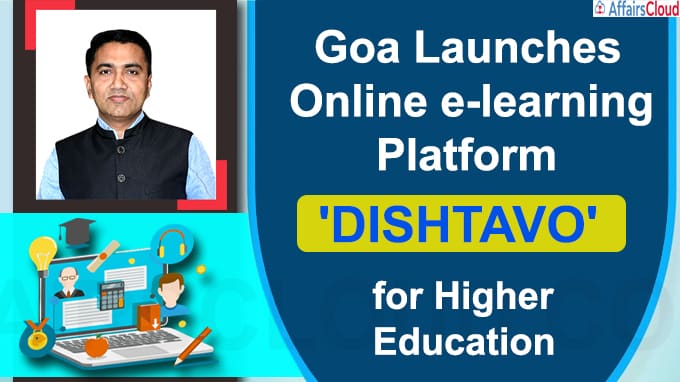 Indian Institute of Technology(IIT) – Kharagapur’s Department of Computer Science & Engineering(CSE) has developed iMediX, a telemedicine technology for homecare amid COVID-19 to provide critical health care support to the patients through remote consultation by a physician. The device highlights the digital healthcare system and promotes social distancing protocol. The system is adopted for public use at the IIT Kharagpur on campus healthcare system.
On a trial basis the base model has been installed at Swasthya Bhawan, West Bengal.