We are here for you to provide the important Recent and Latest Current Affairs 30 April 2020, which have unique updates of Latest Current Affairs 2020 events from all newspapers such as The Hindu, The Economic Times, PIB, Times of India, PTI, Indian Express, Business Standard and all Government official websites. 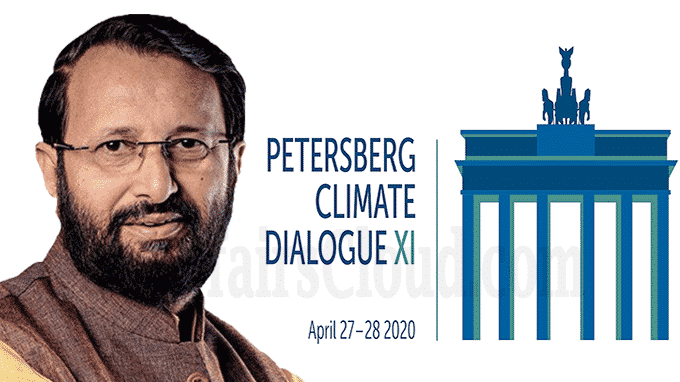 i.Union Minister of Environment, Forest and Climate Change, Prakash Javadekar participates in 1st virtual which is 11th session of Petersberg Climate Dialogue 2020 along with 30 other countries representatives & ministers
ii.To discuss the ways and means to tackle the challenge to restore the economies and societies after COVID-19….Click here to Read More
About Germany:
Capital– Berlin
Currency– Euro
About UK:
Capital– London
Currency– Pound 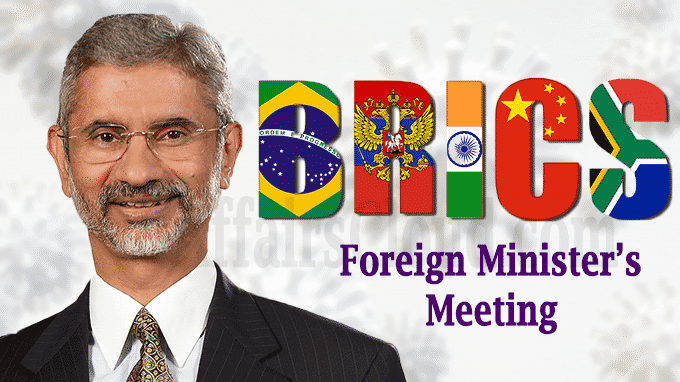 i.Objective: Development of strategic partnership within the BRICS to speed up the joint vaccine production and to combat the virus and overcome the financial, economic, and social consequences of the pandemic.
ii.BRICS countries have agreed to set up a $15 billion loan instrument to finance projects for the economic rebuilding of member-states impacted by COVID-19 crisis. The fund will be allocated through the New Development Bank (NDB)….Click here to Read More
About BRICS:
Establishment– 2009
Members– 5
Theme for 2020– “BRICS Partnership for Global Stability, Shared Security and Innovative Growth”.
About NDB
Establishment– 2014
President– KundapurVaman Kamath
So far NDB has approved 14 projects in India for an amount of $4,183 million. 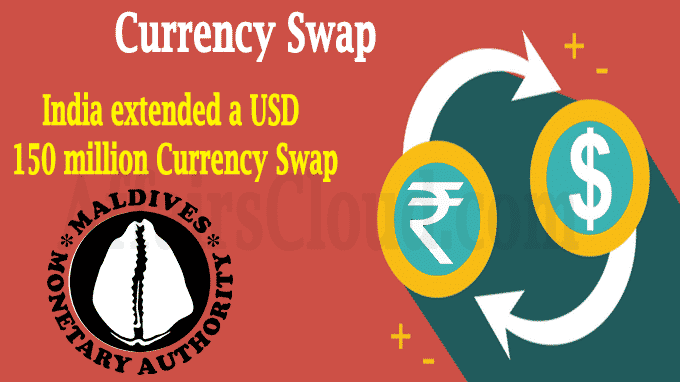 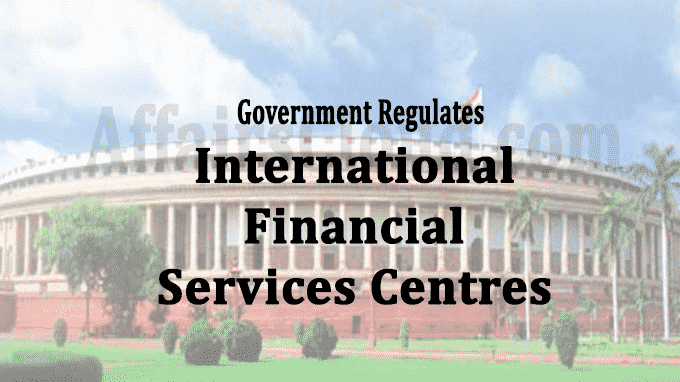 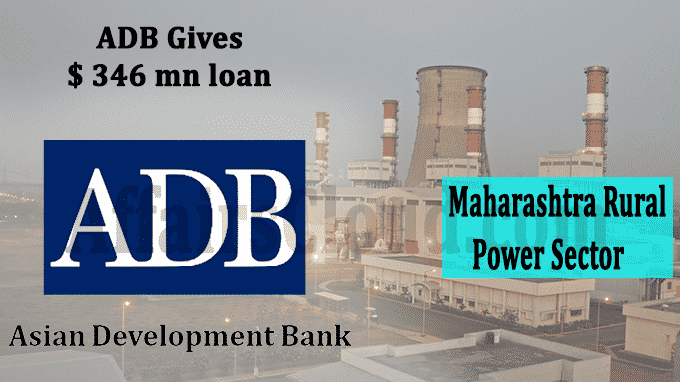 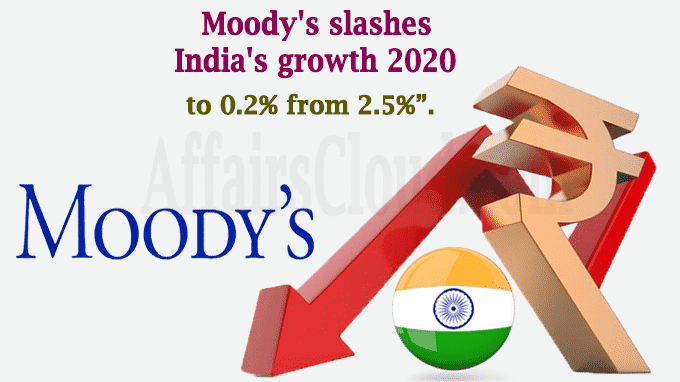 i.The decline is due to the nationwide lockdown started from March 24, 2020.
ii.Moody also forecasted India’s growth for 2021 at 6.2%.
iii.The projection of GDP of G-20 advanced economies as a bloc is also declined by 5.8% in 2020….Click here to Read More
About Moody’s Corporation:
Headquarters– New York, United States (US)
President and Chief Executive Officer (CEO)– Raymond Whitehead McDaniel, Jr.

On 27th April 2020, CRISIL(Credit Rating Information Services of India Limited), an S&P (Standard & Poor’s) Global company, a domestic rating agency had lowered its projections for the Financial progress price of India to 1.8% from 3.5%, its earlier prediction for the year 2020-21
The parent company of CRISIL, Standard & Poor’s, predicts the world economy to contract 2.4% against its earlier estimated 0.4% growth.
India and China are the only exceptions to the declining economic activities in 2020 among the other major economies.
The agency projects the lockdown due to COVID-19 Pandemic to cause a total loss of Rs 10 trillion that is Rs 7000 per person.
About CRISIL:
Chairman– John L.Berisford
CEO– AshuSuyash
President & Business Head– Gurpreet Chhatwal
Headquarters– Mumbai, Maharashtra, India 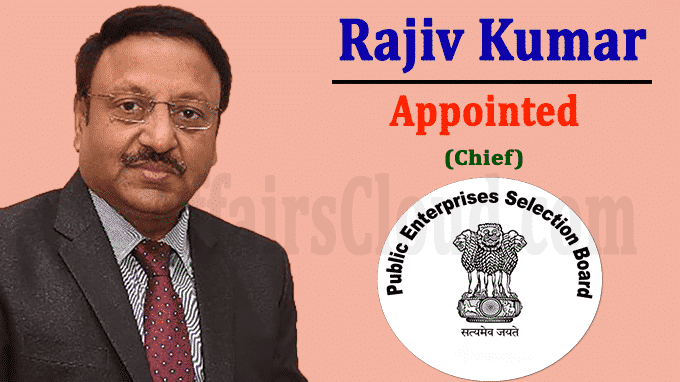 On 29th April 2020, The former finance secretary Rajiv Kumar was appointed as the Chairperson of the Public Enterprises Selection Board(PESB) by the Appointments Committee of Cabinet (ACC) headed by the Prime Minister Narendra Modi for a period of three years in place of KapilDev Tripathi who took over as the Secretary to the President Ram NathKovind.
Rajiv Kumar, IAS officer of 1984-batch of Jharkhand cadre, in September 2017 he took over as the Financial services secretary and initiated many reforms in the banking sectors and retired from the post in February 2020.
About PESB:
The Public Enterprises Selection Board (PESB) is initiated to develop a sound managerial policy for the Central Public Sector Enterprises and to advise the Government on appointments of top managerial posts.
Chairman– Rajiv Kumar
Director– Kailash Dan Ratnoo
Secretary– KimbuongKipgen 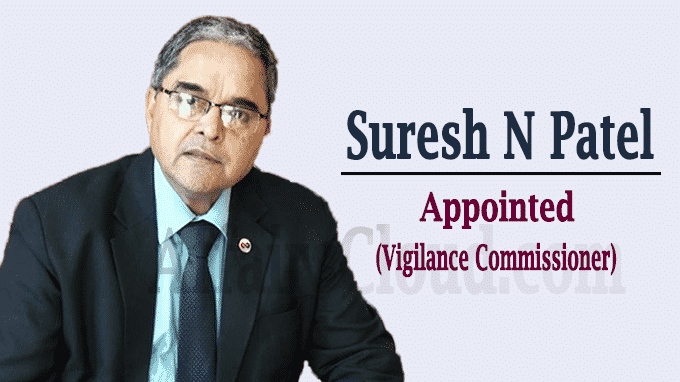 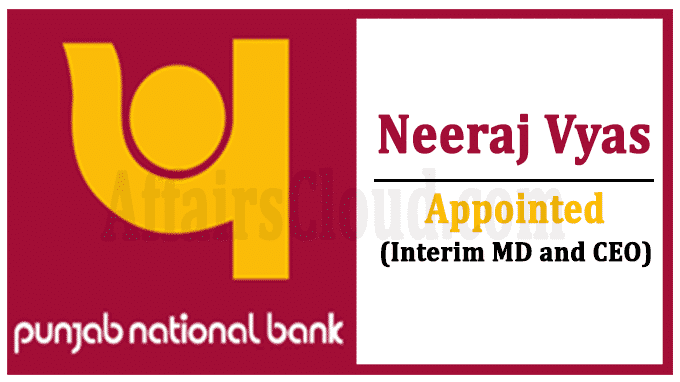 On 28th April 2020, The Punjab National Bank (PNB) Housing Finance Limited appointed independent director NeerajVyas as the Interim Managing Director(MD) and Chief Executive Officer(CEO) for the period of eight months effective from 28th April, who is currently an independent director in the board of the company, following the early retirement of PNB housing Finance managing Director Sanjaya Gupta whose tenure as MD and CEO ends on May 4, 2020….Click here to Read More
About PNB housing Finance:
Interim MD & CEO– NeerajVyas
Founded– November 11,1988
Corporate Office– New Delhi On April 28, 2020, Former Karnataka cricketer J. Arunkumar, 45 years old, was appointed as the head coach of the USA (United States of America)men’s national team. He was the successor of interim coach James Pamment.
Key Points:
i.About Arunkumar: He is also known as ‘Jak’ in the cricketing circles, has worked with the Karnataka team for several years and as batting coach for Kings XI Punjab in the Indian Premier League. This is the first international role for Jak.
ii.Arunkumar scored over 7,200 runs in first-class cricket and over 3,000 runs in List ‘A’ games, had guided Karnataka to a treble for two successive seasons — Ranji Trophy, Vijay Hazare Trophy and Irani Cup in 2013-14 and 2014-15.
iii.In 2019, Arun Kumar was appointed as the head coach of Puducherry, however, he quit the job in the middle of the season owing to differences with the officials of the Cricket Association of Puducherry.
About USA cricket:
Headquarters– Colorado, United States (US).
Chairman– ParaagMarathe.
Chief Executive Officer (CEO)– Iain Higgins. i.Asteroid 1998 OR2 a large near-Earth asteroid, measuring about 1.5-mile-wide (2-kilometer-wide) will pass by earth within 3.9 million miles (6.3 million kilometers), which is about 16 times farther away than the moon.
ii.Asteroid 2020 HS7, estimated to be 13 to 24 feet (4 to 8 meters) in size, passed Earth on April 28….Click here to Read More
About NASA:
Headquarters– Washington, United States
Administrator– James Frederick “Jim” Bridenstine 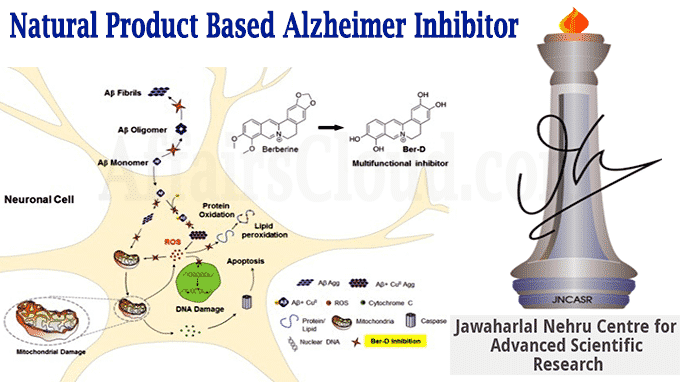 According to the research work published in the scientific journal iSceince, a team of scientists led by Prof. T. Govindaraju at the Jawaharlal Nehru Centre For Advanced Scientific Research (JNCASR) has developed an Alzheimer’s disease inhibitor called ‘Ber-D’, a modified the structure of Berberine, a natural and cheap product similar to curcumin, found in India & China….Click here to Read More
About JNCASR:
Location– Bangalore, Karnataka On April 28, 2020, Short video application (app) VMate joined hands with the Government’s citizen engagement platform MyGov to support the Central Government efforts against the spread of Coronavirus pandemic. MyGovIndia has been launched on VMate to provide the official information related to the novel virus outbreak and the efforts being made to control its impact.
About MyGov platform:
The MyGov citizen engagement platform was launched by PM Narendra Modi in 2014. It aims at promoting citizen participation in governance and developmental activities undertaken by the government, thereby crowdsourcing governance ideas from citizens….Click here to Read More Kamal Jain, professor at Civil Engineering Department, IIT(Indian Institute of Technology)- Roorkee, Uttarakhand, has developed a software which can detect COVID-19 within 5 seconds using x-ray scan of the suspected patient. The software will not only reduce testing costs but will also reduce the risk of exposure to healthcare professionals….Click here to Read More
About IIT-Roorkee:
Director– Ajit K Chaturvedi.
Motto– Nothing can be achieved without hard work.

On April 28, 2020, the International Boxing Association (AIBA) terminated an agreement with India, signed in 2017, which resulted in losing of hosting rights of 2021 men’s world boxing championship by the latter to Serbia.

The International Cricket Council(ICC) has announced that India, New Zealand, Australia, England and South Africa have sealed a direct berth for the quadrennial 50-over Women World Cup 2021 to be held in New Zealand & scheduled from February 6 to March 7 in 2021.
Key Points
i.The announcement is made after ICC’s Technical Committee (TC) has decided that teams will share points in all three series in the ICC Women’s Championship that did not take place during the competition window.
ii.India has reached the 2017 Women’s World Cup final, have won 10 matches and lost 8 out of the 21 matches they have played in the current cycle of ICC Women’s Championship.
iii.All 8 teams in the 2017-2020 edition of the ICC Women’s Championship play each other in a three-match series.
iv.The host of the ICC Women’s Cricket World Cup 2021, New Zealand, and the next four highest-placed teams- Australia (37 points), England (29), South Africa (25) and now India (23)  on the points table qualify directly for ODIs(One-Day International).
v.The ICC Women’s Cricket World Cup Qualifier is scheduled to be played from 3-19 July in Sri Lanka, it is subject to review due to the Covid-19 pandemic.
About ICC:
Headquarters– Dubai, United Arab Emirates
Chairman & Chief Executive Officer (CEO)– Manu Sawhney On April 29, 2020, Famous Bollywood star SahabzadeIrrfan Ali Khan, whose international movie career included hits such as Slumdog Millionaire, Life of Pi and the Amazing Spider-man etc., passed away at the age of 53. He was born on January 7, 1967, in Jaipur, Rajasthan….Click here to Read More 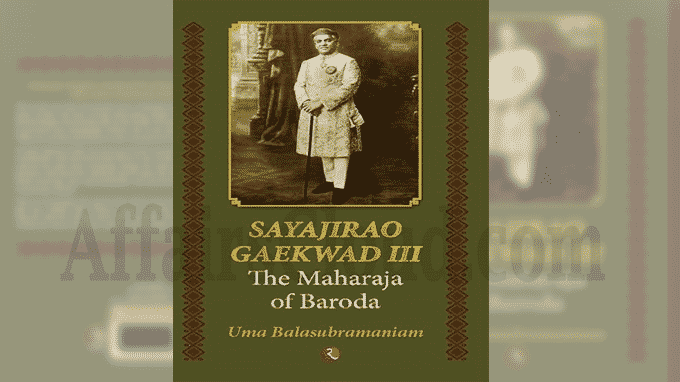 Uma Balasubramaniam’s “Sayajirao Gaekwad III: Maharaja of Baroda”, a historic epic published on December 5, 2019, by Rupa publication on how a Maratha farmer’s 13-year-old boy becomes the King of Baroda and also how the fate twists for the favourite son of the British empire gets himself to the brink of being deposed by the British.
Key Points:
i.The book focuses on his ascendancy to the throne, his association with the British government in India, his administrations like schools for girls and training institutes for female teachers and reforms like abolishment of child marriage and reintroduction of widow remarriage
ii.This book was written for the people to understand about one of India’s unsung heroes who worked to build a free and modern India.
About Uma Balasubramaniam:
i.She is a history graduate from the Faculty of Arts of the M.S. University of Baroda.
ii.She began her career in 2002 as a freelance writer for publications like The Hindu, The Indian Express and the Deccan Chronicle The International Dance Day is celebrated annually on 29th April by the International Dance Committee(IDC) of the International Theatre Institute(ITI) since 1982 to create awareness about the importance of the various dance forms and to encourage the dancers all around the world and to commemorate the birth anniversary of Jean-George Noverre(29th April 1727), the creator of modern ballet.The UNESCO allocated the ITI to organise the events….Click here to Read More
About ITI:
President– Mohamed Saif-AL-AFKHAM
Director General– Tobias BIANCONE
Headquarters– Shanghai, China
About IDC:
President– Alberto GARCIA CASTANO
General Secretary– Gloria GARCIA ARAMBARRY 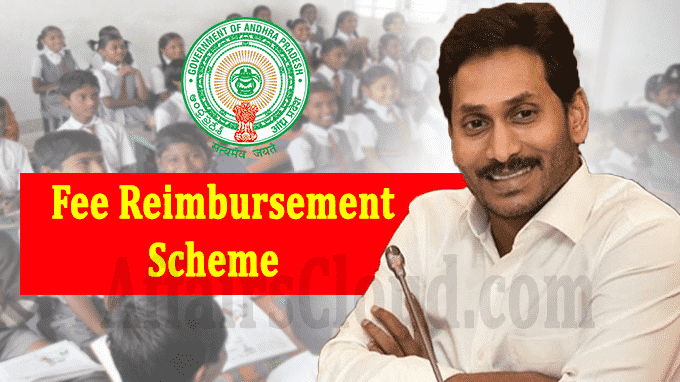 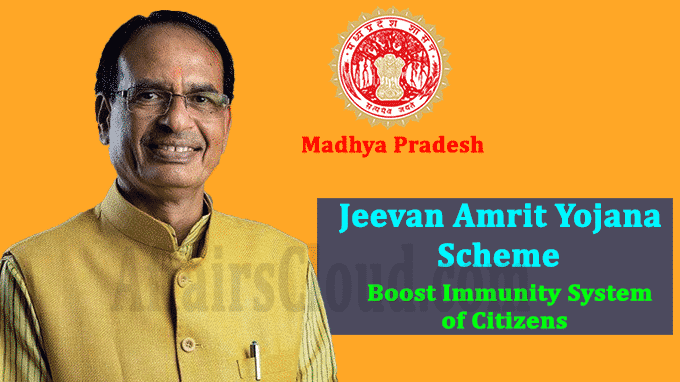