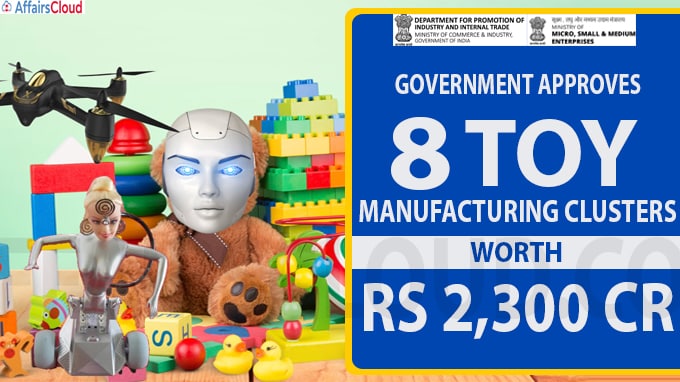 i.On February 22, 2021, the Central Government has approved 8 toy manufacturing clusters at a cost of Rs 2,300 crore viz. three clusters in Madhya Pradesh, two in Rajasthan, and one each in Karnataka, Uttar Pradesh and Tamil Nadu.
ii.This decision has been taken on the lines of “National Action Plan for Indian Toy Story” that seeks to reduce import dependence of toys which was around $1.5 billion in FY2020 of which 90% of imports was from China and Taiwan.
iii.In this regard, Department for Promotion of Industry and Internal Trade (DPIIT) and the Ministry of Micro, Small and Medium Enterprises (MSME) will develop toy clusters under existing schemes such as the Scheme of Fund for Regeneration of Traditional Industries (Sfurti) which is currently being implemented in Karnataka and Andhra Pradesh.
iv.The plan is to have 35 toy clusters under the scheme.
About Department for Promotion of Industry and Internal Trade (DPIIT):
Parent Ministry– Ministry of Commerce and Industry
Secretary – Guruprasad Mohapatra
<<Read Full News>>

i.On February 20, 2021, the state government of Kerala, on the line of its Digital Transformation Initiatives announced in Budget 2021, has launched India’s first Digital University, Kerala University of Digital Sciences, Innovation and Technology (KUDSIT) in Technocity at Mangalapuram in Thiruvananthapuram by upgrading its two-decade old Indian Institute of Information Technology and Management Kerala (IIITM-K), a center of excellence in information technologies.
ii.The Governor of Kerala, Arif Mohammed Khan inaugurated the KUDSIT through videoconferencing.
iii.The 10-acre University was launched during a function which was virtually presided over by Chief Minister (CM) Pinarayi Vijayan. The Governor Arif Mohammed Khan, who is also the Chancellor of the Kerala University of Digital Sciences, Innovation and Technology (KUDSIT) virtually unveiled the university plaque during the function.
iv.The university is aimed at utilizing the developments in digital technology for social progress and for all individuals.
About Kerala:
Tiger Reserve– Periyar Tiger Reserve, Parambikulam Tiger Reserve
Bird Sanctuary– Thattekkad bird Sanctuary, Mangalavanam Bird Sanctuary
<<Read Full News>> 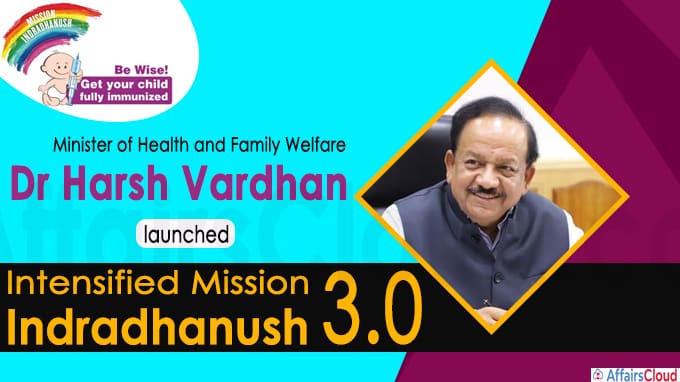 On February 17, 2021 Union Minister for Social Justice and Empowerment Thaawarchand Gehlot virtually released the ‘3rd edition of the Indian Sign Language (ISL) Dictionary with 10,000 terms (including 6,000 earlier terms)’ in a virtual programme. The Dictionary has been published by the Indian Sign Language Research and Training Centre (ISLRTC), an autonomous Institute under the Department of Empowerment of Persons with Disabilities (Divyangjan), Ministry of Social Justice & Empowerment.

Note – The ISL Dictionary is a crucial resource for promoting awareness about ISL, facilitating communication and providing better accessibility services to persons with hearing disabilities, and thus is a necessary step in realizing the goals of the Rights of Persons with Disabilities (RPwD) Act, 2016.
i.The 3rd edition is the culmination of an innovative 4 year project that was initiated in November 2016 by ISLRTC)
ii.The terms include, terms of everyday use, academic terms, legal & administrative terms, medical terms, technical terms and agricultural terms
ii.The Dictionary also contains regional signs used in different parts of India.
Note: 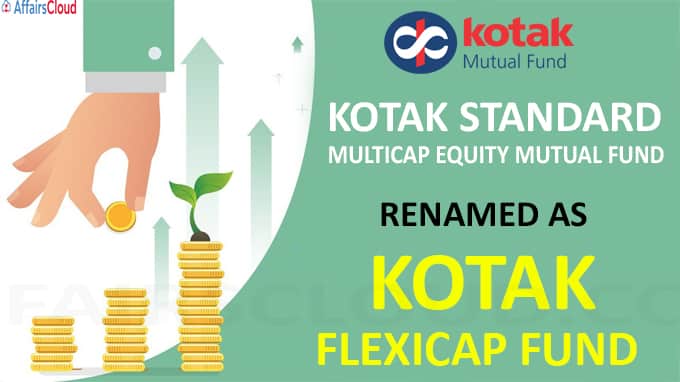 On February 17, 2021 Kotak Mahindra Asset Management Company Limited (KMAMC) announced that Kotak Standard Multicap Fund is being renamed as Kotak Flexicap Fund.
This is in line with the  Securities and Exchange Board of India (SEBI)’s Modification in  Multi-Cap Mutual Funds Category, where multicap funds are required to invest at least 25% of their corpus in large, mid and small cap stocks each.
65% of assets in equity and equity-related investments
Recently SEBI introduced  ‘Flexi Cap Fund’ as a New Category under Equity Schemes, where Flexicap funds must hold at least 65% of assets in equity and equity-related investments, with no cap on how much to be invested in large, medium or small caps.
What  is Flexi Cap Fund?
It is an open-ended dynamic equity scheme that invests in large, mid or small cap company stocks, i.e., there is no restriction in terms of allocation to any market cap.
Kotak Flexicap Fund
i.The fund will  continue to follow the top-down sector approach in addition to bottom-up stock options.
ii.It will also continue to take diversified concentrated sector allocation at a stock level.
iii.It is to be noted that the current portfolio has a mixture of cyclical and defensive stocks, and the large-cap allocation is approximately 3/4th of the total corpus (as on 29th January 2021).
About Kotak Mahindra Asset Management Company Limited (KMAMC):
KMAMC is a wholly owned subsidiary of Kotak Mahindra Bank Limited (Kotak) and is the Asset Manager for Kotak Mahindra Mutual Fund (KMF).
It started its operations in December 1998
Group President & Managing Director (MD)– Nilesh Shah
Headquarter– Mumbai, Maharashtra

RBI has Brought State Bank of Sikkim Under its Regulatory Purview 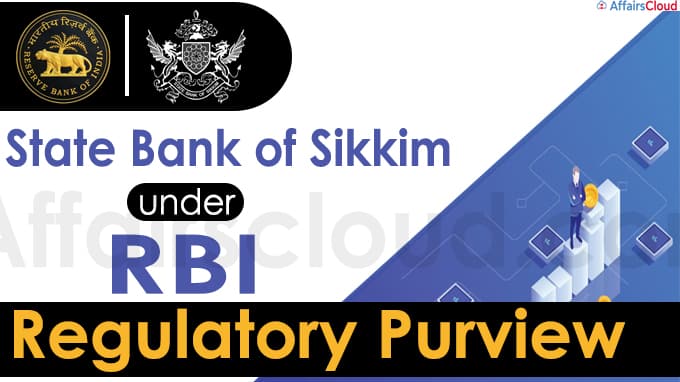 i.The Reserve Bank of India (RBI) has brought the State Bank of Sikkim under its regulatory purview.
ii.The bank only operates within Sikkim and is wholly-owned by the state government.
iii.With this regulatory purview, the ownership structure of the bank will not be changed and will be regulated by the RBI on a par with other banks.
About State Bank of Sikkim:
Head Office– Gangtok,Sikkim
MD– Phurba Wangdi Bhutia
Chairman– Dal Bahadur Gurung
<<Read Full News>> 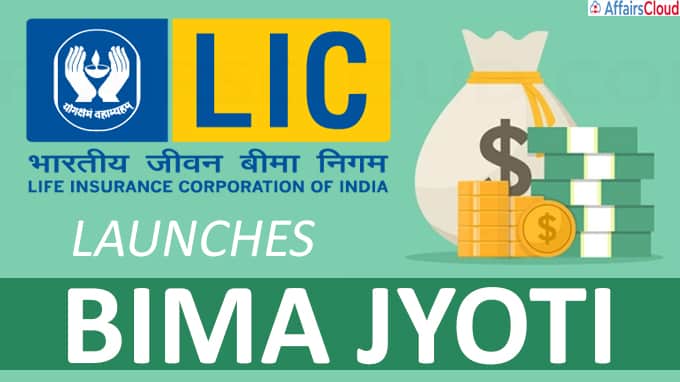 Gist of the Plan 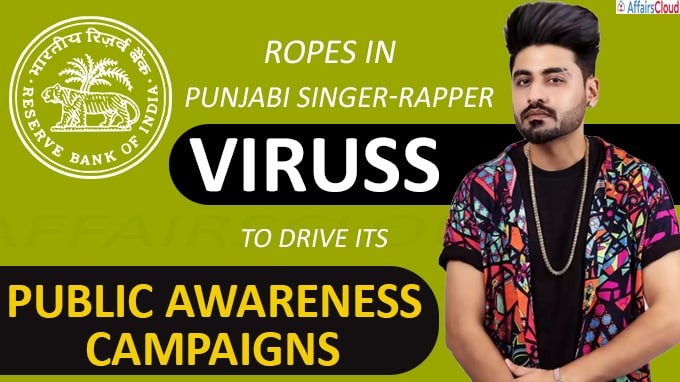 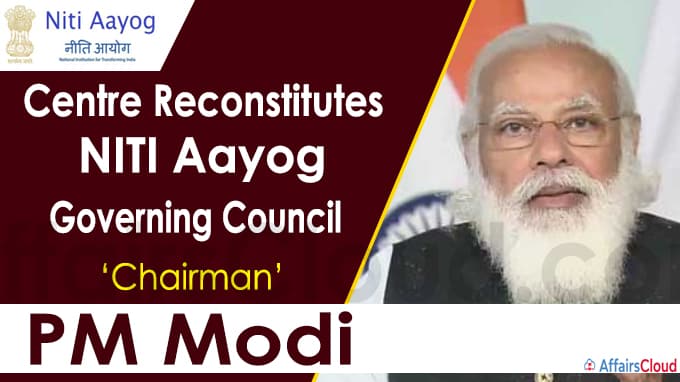 i.The Central Government has reconstituted the governing council of the NITI (National Institution for Transforming India) Aayog with Prime Minister Narendra Modi as its chairperson.
ii.He also chaired the 6th meeting of NITI Aayog which saw the entry of Ladakh for the first time, along with participation of Jammu and Kashmir as a UT.
About NITI Aayog:
Chief Executive Officer (CEO) – Amitabh Kant
Headquarters – New Delhi
<<Read Full News>>

On 20th February 2021, The National Aeronautics and Space Administration (NASA) launched the Space Station Supply Ship, Northrop Grumman’s Cygnus capsule named after S.S. Katherine Johnson, to the International Space Station (ISS).
The numbers of S.S. Katherine Johnson, a Black NASA mathematician, featured in the 2016 movie “Hidden Figures”, contributed to the flight of John Glenn on 20th February 1962, who became the first American to orbit the world.

India Launches ‘Sandes’ a Made in India alternative of WhatsApp

India launched a instant messaging app just like WhatsApp for government employees called Sandes which will be a Made in India alternative of WhatsApp.Developed by National Informatics Centre (NIC), Ministry of Electronics & Information Technology the app was initially open to use only to government officers, now it has been released for common public on Apple’s App Store. It is an upgrade of Government Instant Messaging System (GIMS) app.The Government is also working on another Instant Messaging app called ‘Samvad’, it is being developed by Centre for Development of Telematics (C-DOT). 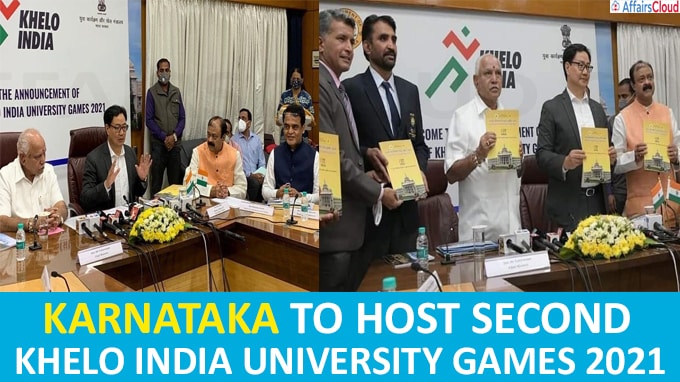 Karnataka is set to host the 2nd Edition of Khelo India University Games (KIUG) in 2021. The games will be hosted in Jain University, Bengaluru and other venues in Karnataka in collaboration with Association of Indian Universities (AIU). KIUG is the largest University level sports competition in India. The 109th Edition of Australian Open (53rd in Open Era) took place from February 8-21, 2021 at the Melbourne Park, Melbourne, Australia.
Chronologically, it is the First Grand Slam event (out of 4) of each Year in both the Men’s & Women’s Tour.  It takes place on a Hard surface (called as Hard Courts). 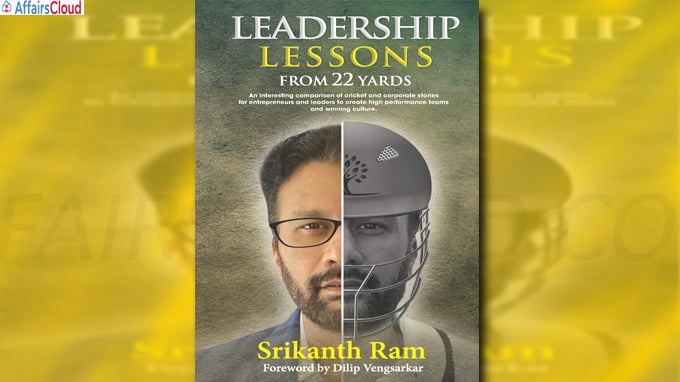 Corporate leader Srikanth Ram has authored a new book titled “Leadership Lessons from 22 Yards: An interesting comparison of cricket and corporate stories for entrepreneurs and leaders to create high performance teams and winning culture”. The foreword of the book is written by Dilip Vengsarkar.
The book was published by Becomeshakespeare.com of One Point Six Technologies Pvt. Ltd.
About the Book:
i.The book features the ideas to refine the mindset and skills to become exceptional leaders.
ii.The book is about the journey of two brothers Sanju and Sandeep who aspire to become entrepreneurs.
iii.The book features the stories from cricket infused with the management lessons. 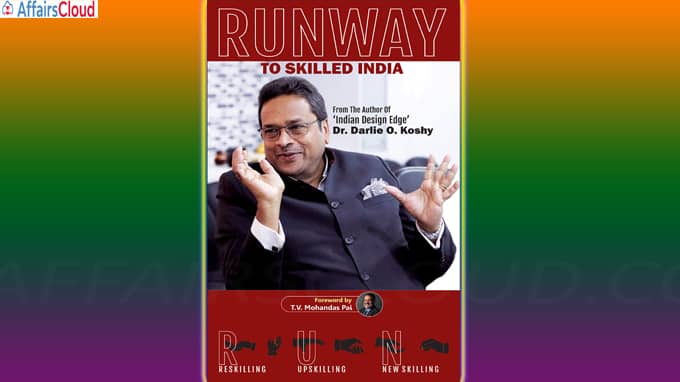 At the India Craft Week 2021(February 18-21) Dr Vinay Sahasrabuddhe, President Indian Council for Cultural Relations has unveiled a new book titled,  ‘Runway to Skilled India’ at  Bikaner House, New Delhi. The book is authored by Dr Darlie O Koshy, noted educationist and Director General and CEO at Apparel Training & Design Centre(ATDC), under the aegis of Apparel Export Promotion Council(AEPC). The book is published by DFU Publications.
i.The book  is a sequel to his earlier work “Indian Design Edge”.
ii.The Preface of the book is given by T. V. Mohandas Pai Padma Shri Awardee and current Chairman of Manipal Global Education (Manipal University)
Essence of the Book:
i.In this book, the author has given his idea to combine India’s inherent creativity with acquired skills to depart from ‘supply-driven’ skilling to ‘demand-driven’ and then ‘innovation-driven’ skill development to encourage value creation.
ii.Towards this, he brings into picture a ‘RUN’ (Re-skilling, Up-skilling, New-skilling) strategy especially for the 356 million youth and the 450 million work-labour force across sectors.
iii.This is brought with special focus on the largest employment generating sectors that include Textile-Apparel-Fashion-Lifestyle-Retail (TAFLR) especially adopting a ‘T’ shaped skilling approach.
About Dr Darlie O Koshy:
i.He plays a key role in the success of Integrated Skill Development Scheme (ISDS), Ministry of Textile, Government of India by setting up on Pan-India basis 200 ATDC-SMART Centres for training over 2,50,000 candidates in  under 5 years
ii.By which he emerged as the ‘largest skill provider’ for the Apparel Sector.
iii.He has won many awards including, ‘Outstanding Contribution to Education Award 2015’ for ‘Knowledge, Skill Development and Leadership for the Upliftment of the Society” at the ‘World Education Congress (WEC) at Taj Lands’ End, Mumbai, Maharashtra. A Book Titled ‘They Found What/They Made What’ authored by Shweta Taneja is set to release on National Science Day (i.e February 28). The book will educate children about discoveries and inventions of India’s Brightest Scientists. 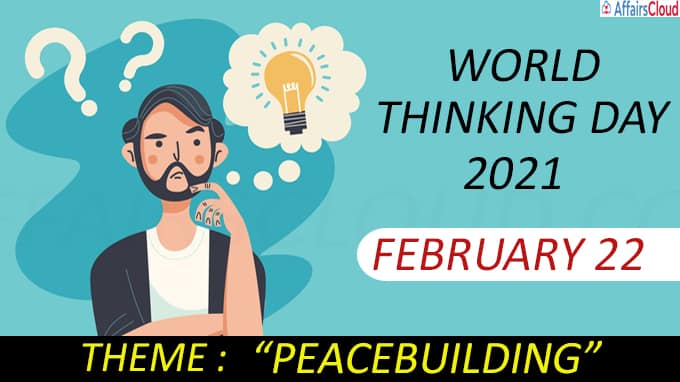 i.22nd February of every year is observed as World Thinking Day by the girl scouts and girl guides in 150 countries across the globe. The day offers an opportunity for the girl scouting and girl guiding communities to think about others and focus on a wider issue that impacts the others within the guiding and scouting movements.
ii.The day aims to bring together the young people across the world to celebrate in international fun and friendship and raise funds and focus on the global theme of the year.
iii.The theme of the world Thinking Day 2021 is “Peacebuilding”.
<<Read Full News>> 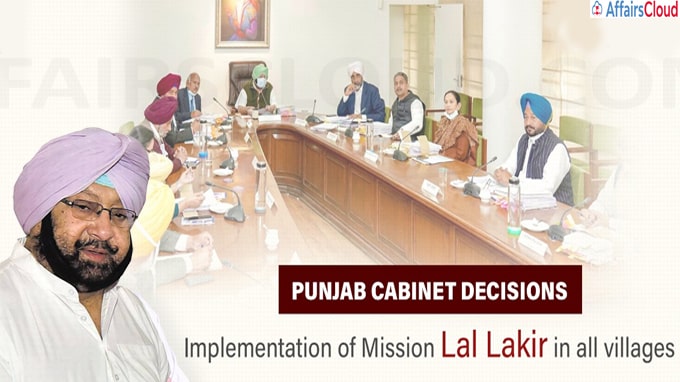 i.On February 19, 2021, the Cabinet of Punjab chaired by Chief Minister Amarinder Singh has approved the implementation of mission ‘Lal Lakir’ to enable villagers living within the ‘Lal Lakir’ to monetise their property rights and for availing benefits provided by the government departments, institutions and banks.
ii.Lal Lakir refers to land that is a part of the village habitation and is used for non-agriculture purposes only.
iii.Earlier, these properties can be sold through power of attorney (POA) and the sale deeds could not be registered.
About Punjab:
Capital– Chandigarh
Governor– Vijayender Pal Singh Badnore
RAMSAR Site – Beas Conservation Reserve, Keshopur-Miani community reserve, Harike Lake, Kanjli Wetland, Ropar wetlands, and Nangal wildlife sanctuary
<<Read Full News>> E-Kuber Payments System of RBI Launched in Jammu and Kashmir 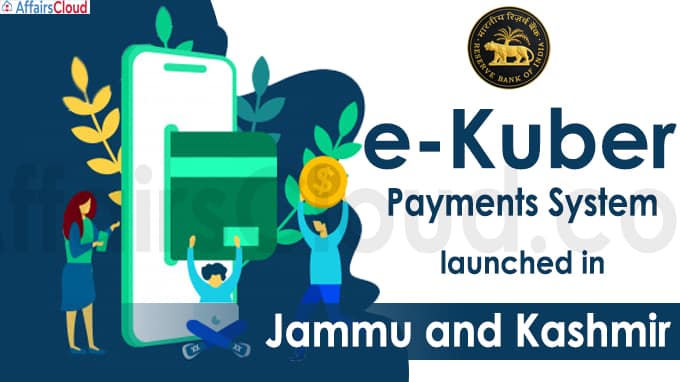