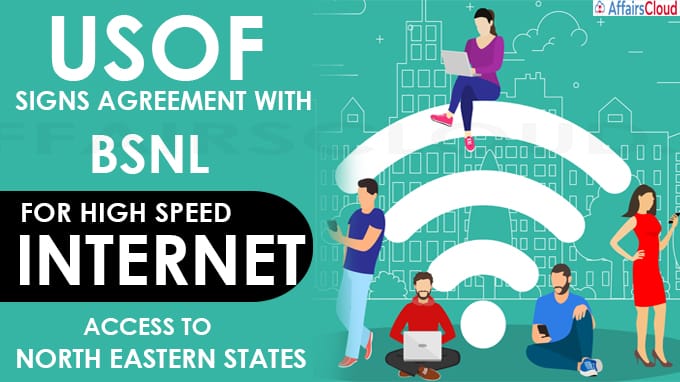 About USOF:
i.The USOF, under the aegis of Department of Telecommunications (Ministry of Communications), was given statutory status by the Indian Telegraph (Amendment) Act, 2003. The rules for its administration are known as Indian Telegraph (Amendment) Rules, 2004.
ii.This Fund utilized towards the Universal Service Obligation (USO) which means universal, interdependent and intercommunicating, affording the opportunity for any subscriber to any exchange to communicate with any other subscriber of any other exchange.

iii.It is aimed at providing financial support for the provision of telecom services in rural and remote areas. The funds for the same are raised through universal service levy which is a percentage of Adjusted Gross Revenue (AGR) of telecom service providers. i.On August 18, 2021, a ‘Joint Guidance for the Australia-India Navy to Navy Relationship’ document was signed between the Indian Navy and Royal Australian Navy during a virtual ceremony.
ii.The signing of this document was on the lines of the ‘2020 Comprehensive Strategic Partnership (CSP)’ which was agreed between the Indian Prime Minister Narendra Modi and Australian Prime Minister Scott Morrison during India-Australia Leaders’ Virtual Summit on June 4, 2020.
iii.It was signed by Admiral Karambir Singh, Chief of the Naval Staff (CNS-24th), Indian Navy; and Vice Admiral Michael J Noonan, Chief of Navy, Australian Navy.
About Australia:
World’s largest coral reef system “Great Barrier Reef” is located over the coast of Australia
Capital– Canberra
>>Read Full News The Ministry of Tourism has signed Memorandum of Understanding (MoU) with the Indian travel agencies MakeMyTrip India Private Limited and Ibibo Group Private Limited to strengthen the Hospitality and Tourism Industry of india.
Objective of MoU –

Key Points
i.This event was organized by the Ministry of Tourism and Quality Council of India (QCI) for implementing measures to strengthen the Indian Hospitality & Tourism Industry.
ii.The agreement encourages all the Units to register with NIDHI (National Integrated Database of Hospitality Industry) and thereby on SAATHI platform to promote local tourism Industry with proper protection against fear of spreading COVID-19. 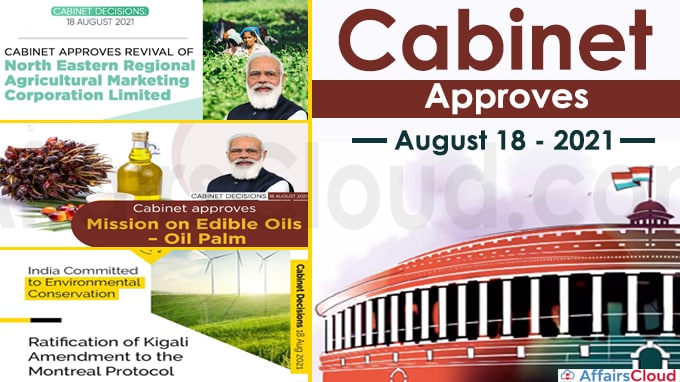 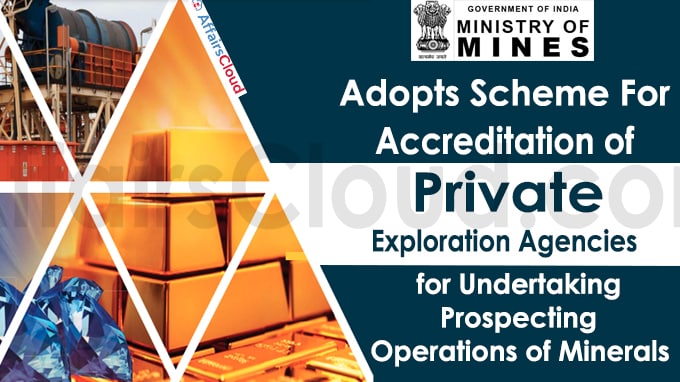 i.On August 18, 2021, the Ministry of Mines (MoM) adopted the scheme for accreditation of private exploration agencies developed by the National Accreditation Board for Education and Training of the Quality Council of India (QCI-NABET).
ii.Under this, QCI-NABET will grant accreditation to private exploration agencies for undertaking prospecting operations of minerals in accordance with the standards and procedures of the scheme.
iii.After the accreditation, the respective private exploration agency apply to the Ministry for their notification under the second provison to sub-section (1) of section 4 of the Mines and Minerals (Development and Regulation) Amendment Act, 2021.
About Ministry of Mines:
Union Minister – Pralhad Joshi (Constituency – Dharwad, Karnataka)
Minister of State – Raosaheb Patil Dadarao Danve (Constituency – Jalna, Maharashtra)
>>Read Full News 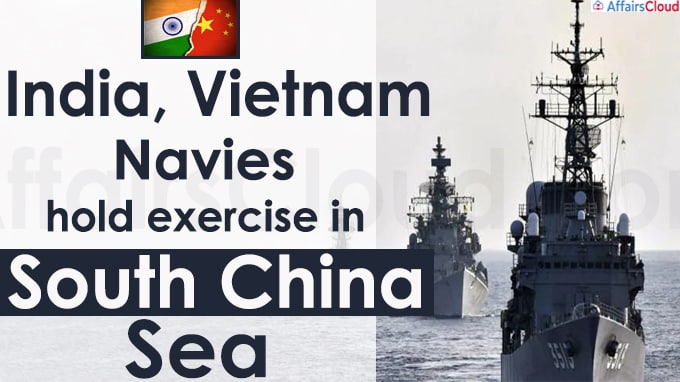 On August 18, 2021 India and Vietnam had conducted a Bilateral maritime exercise in the South China Sea as a part of maritime cooperation between the two countries.
i.Participants- India was represented by INS Ranvijay and INS Kora & Vietnam was represented by Vietnam’s People’s Navy (VPN) frigate VPNS Ly Thai To(HQ-012)
ii.Objective –This maritime exercise aims to build trustworthiness and enhance cooperation in the region of South China Sea.
iii.The India- Vietnam maritime exercise would enhance the interoperability between the countries.
About South China Sea–
Bordering states & territories (clockwise from north): the People’s Republic of China, the Republic of China (Taiwan), the Philippines, Malaysia, Brunei, Indonesia, Singapore and Vietnam
>>Read Full News The BRICS nations (Brazil, Russia, India, China and South Africa) have signed an agreement for the cooperation in remote sensing satellite data sharing. 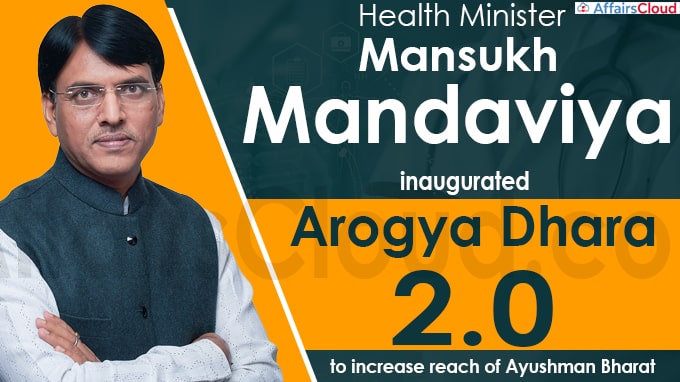 Mansukh Mandaviya, Union Minister for Health and Family Welfare virtually inaugurated the Aarogya Dhara- 2.0 to increase the reach of the Ayushman Bharat Pradhan Mantri Jan Aarogya Yojana (AB-PMJAY) programme to the poorest households of India and to create awareness about the scheme. According to the 2nd Edition of Global Crypto Adoption Index 2021 released by Chainalysis, a crypto-analysis firm, India with a score of 0.37 ranked 2nd out of 154 countries. Vietnam topped the index. On August 18, 2021, Injeti Srinivas, the Chairperson of International Financial Services Centres Authority (IFSCA), launched the pilot run/soft of ‘International Bullion Exchange’. The exchange was planned to go live on the Foundation Day of IFSCA i.e. on October 1, 2021. The Reserve Bank of India (RBI) has issued revised guidelines for both new and existing Safe Deposit Locker and Safe Custody Article Facility with the banks.

RBI’s Guidelines:
i.The banks are directed to incorporate a clause in the ‘locker agreement’ for prohibiting the hirer from keeping anything illegal or hazardous in lockers.
ii.Transparency: To ensure transparency in lockers allotment, the RBI mandated banks to maintain a branch-wise list of vacant lockers and a wait-list in Core Banking System (CBS) or any other computerised system compliant with Cyber Security Framework.
iii.Compensation: The banks are instructed to compensate the customers in case of incidents such as fire, theft, burglary, dacoity, robbery, building collapse or fraud committed by the bank’s employees. 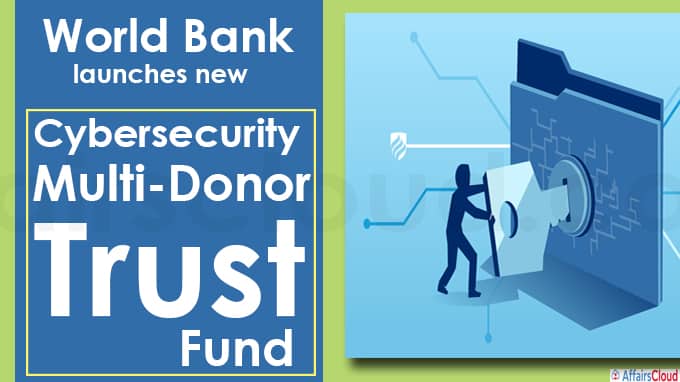 Radhakishan Damani, who owns the retail chain D-Mart under Avenue Supermarts has made it to the top 100 richest people in the world. He is now ranked 97 on the Bloomberg Billionaires Index with a net worth of 19.3 billion USD (around Rs 1.4 lakh crore).Elon Musk topped the list, followed by Jeff Bezos, Bernard Arnault. 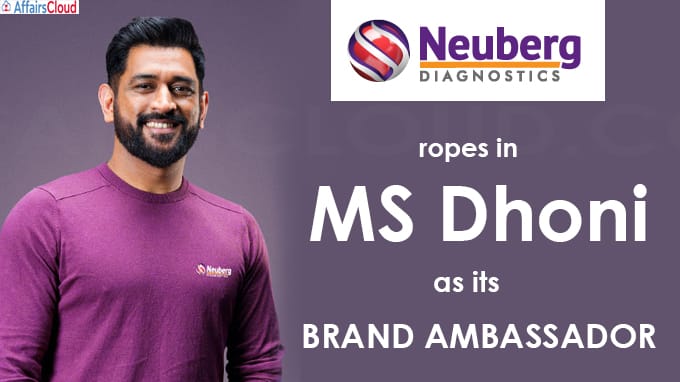 Afghanistan’s 1st Vice President (VP) Amrullah Saleh declared himself as ‘the caretaker President of Afghanistan’ after President Ashraf Ghani fled the Taliban captured country. Currently, Afghanistan is under the control of Taliban, capturing Kabul after the U.S led forces left the country.

The Taliban : History
i.The word ‘Taliban meaning Students’ in the Pashto language, emerged in 1994
around the city of Kandahar, Afghanistan.
ii.It was one of the factions which were fighting a civil war to rule the country following the withdrawal of the Soviet Union in 1989 and the subsequent collapse of the government in 1992.
About Afghanistan
Former President – Ashraf Ghani
Capital  – Kabul
Currency – Afghani
>>Read Full News 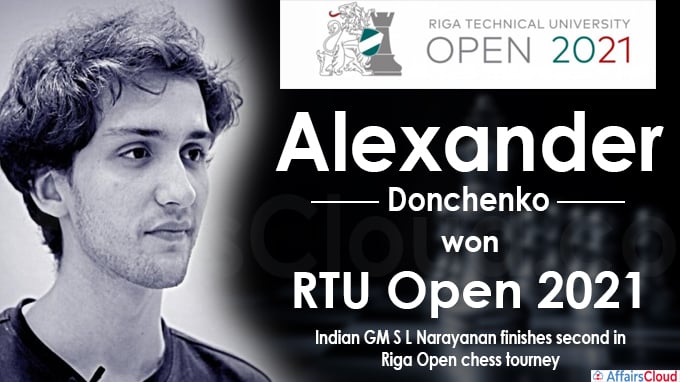 Germany’s Alexander Donchenko won the Riga Technical University (RTU) open Chess Tournament 2021 while Indian Grand Master(GM) S.L.Narayanan came second in the tournament. The tournament was held in Riga (Latvia) from August 7, 2021 to August 15, 2021. It was the 10th RTU tournament. 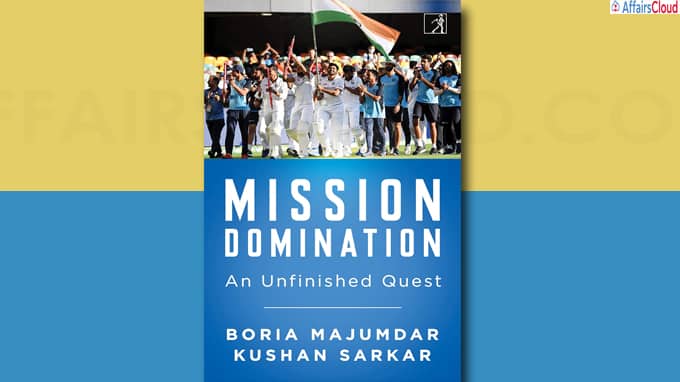 About the Authors:
Dr Boria Majumdar is a sports historian and author with a doctorate in the social history of Indian cricket from the University of Oxford.

Kushan Sarkar, PTI Sports Journalist, covers Cricket as sports and the politics associated with it. 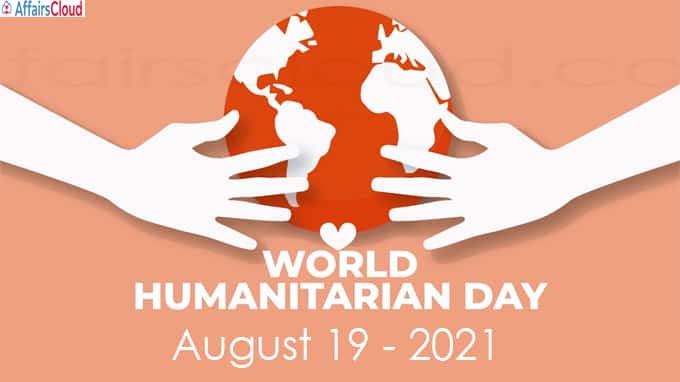 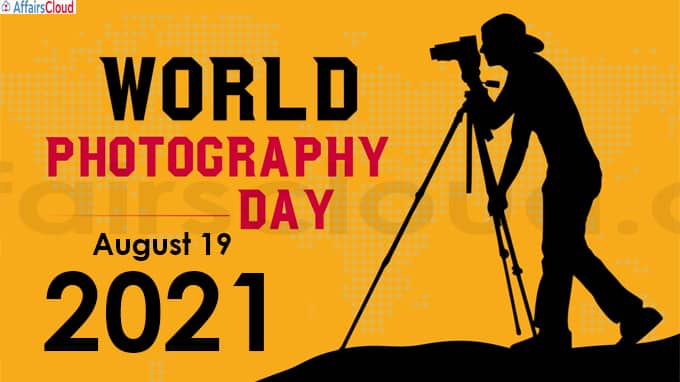 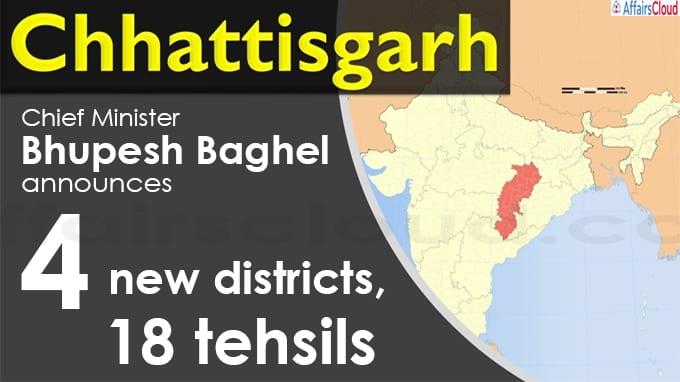 Chhattisgarh Chief Minister(CM) Bhupesh Baghel announced the creation of 4 New Districts and 18 New Tehsil in the state. New districts named as Manendragarh, Mohla Manpur, Shakti and Sarangarh- Bilaigarh. With this formation, there will be a total of 32 districts in the state.
Major Announcements