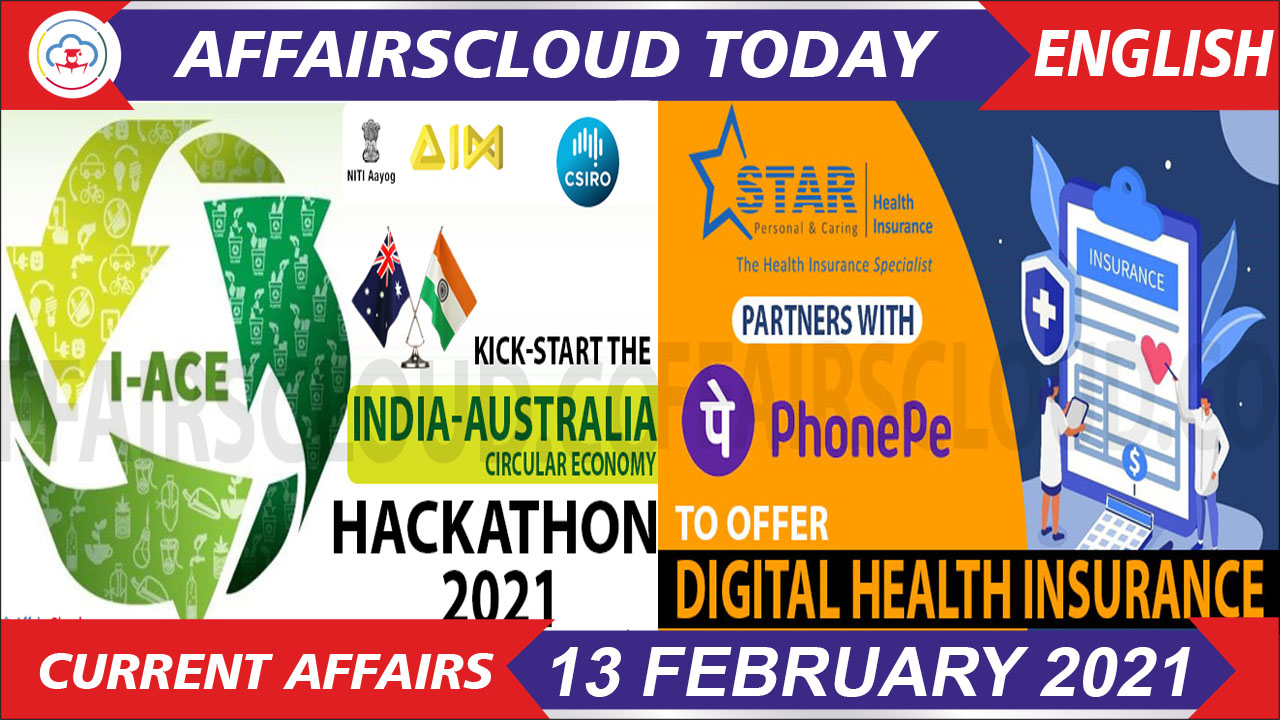 We are here for you to provide the important Recent and Latest Current Affairs 13 February 2021, which have unique updates of Latest Current Affairs 2021 events from all newspapers such as The Hindu, The Economic Times, PIB, Times of India, PTI, Indian Express, Business Standard and all Government official websites. 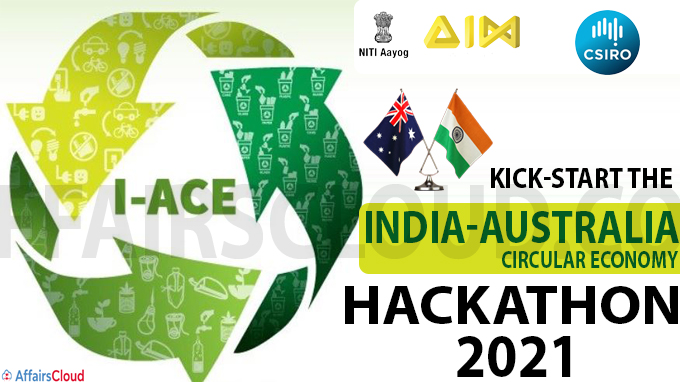 The Ministry of Agriculture & Farmers Welfare stated that the Government of India (GoI) has launched a New Central Sector Scheme named ‘Formation and Promotion of 10, 000 new Farmer Producer Organizations (FPOs)’. Under the Scheme, GoI will form and promote 10, 000 new FPOs in India with a budget of INR 6865 Crores.

i.The FPOs will be formed based on Producer Clusters (Agriculture & Horticulture) to promote the spirit of ‘Cluster Farming’.
ii.The scheme promotes ‘One District One Product’ cluster for specialization, better processing, marketing, branding & export.
iii.9 Implementing Agencies (IAs) have been finalized for formation & promotion of FPOs
iv.The FPOs will be provided financial assistance of upto INR 18 Lakh per FPO for a period of 3 years. Additionally, GoI will also provide i.On February 11, 2021, an Indian Navy has placed an order with engineering firm BHEL (Bharat Heavy Electricals Limited) under which the latter will supply two Super Rapid Gun Mounts (SRGM) to the former. These are the main guns standardised for all Warships of the Indian Navy.
ii.These guns are being manufactured with the aim of making defence industry self reliant on the lines of Atmanirbhar Abhiyan.
About Bharat Heavy Electricals Limited (BHEL):
Chairman & Managing Director (CMD)– Dr. Nalin Shinghal
Headquarter– New Delhi
<<Read Full News>> HP (Hewlett-Packard) India & National Skill Development Corporation (NSDC) have entered into a pact for providing ‘scientifically designed worksheets, content for supporting home learning & Early Childhood Skill Development of Students’ to students across India.The content will be provided for Free of Cost.
Objective – To ensure complete skill development of children from an early age.

HP – Print Learn Center:
i.HP-PLC is an initiative of HP that has been designed for promoting universal learning, it will supplement the regular school curriculum. i.On February 11, 2021  ICICI Lombard General Insurance Co. Ltd launched its 1st ‘Corporate India Risk Index 2020’.
ii.Aim: To enable companies to understand the level of risk and current readiness their business is facing. To Help them to create successful risk mitigation plans.
iii.India’s Corporate India Risk Index stands at 57.HealthCare Sector manage the risk well among the other 14 sectors with the score of 70. 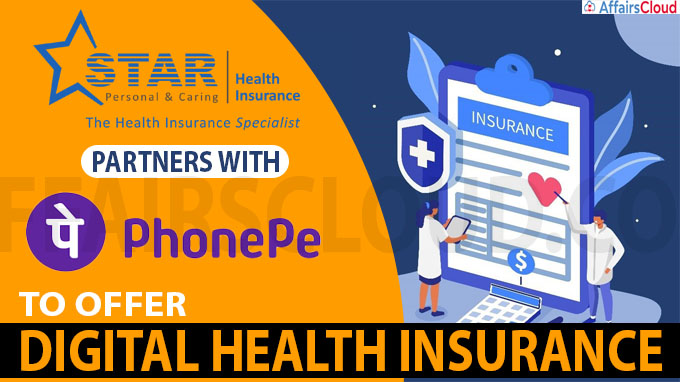 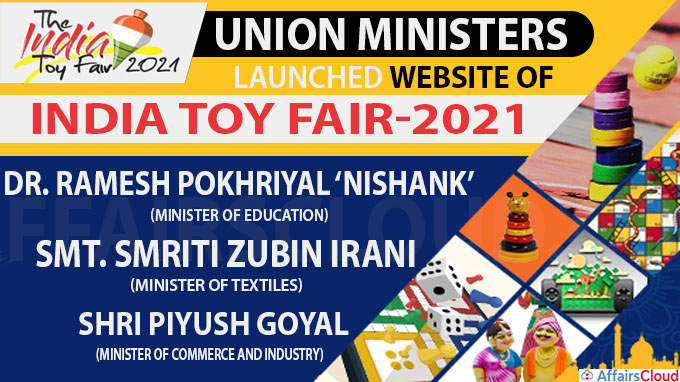 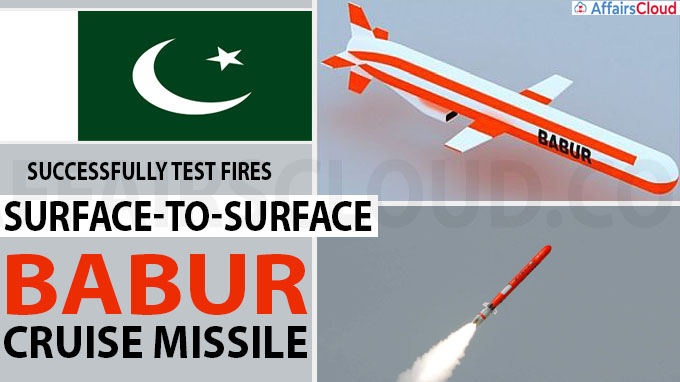 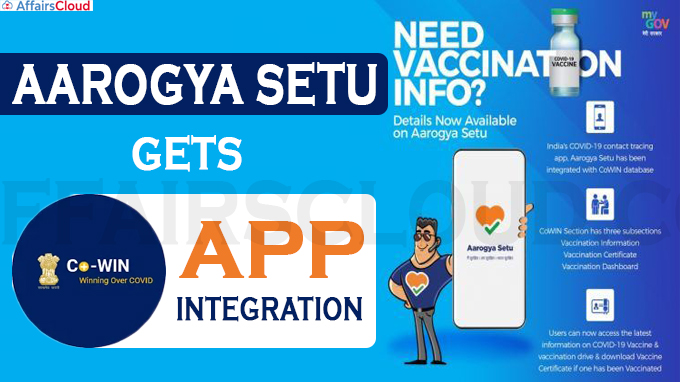 CoWIN App & Portal:
In December 2020, Government of India had announced the launch of CoWIN app and Portal through which the general public can register themselves for COVID-19 Vaccine.

Journalist and author Dan Morain has authored his new book titled “Kamala’s way: An American Life”, a biography of Kamala Harris, the first woman vice president of the United States of America. The book is published by Simon & Schuster.
About the book:
i.The book is about the journey of Kamala Harris, the daughter of two immigrants in California and the former California Senator and Attorney General who became the first African American and Asian American vice president.
ii.Dan Morain charts the career of Kamala Harris from her appointment to the State Commission, handling Child molestation cases and homicides for Alameda county district attorney’s office, becoming the first woman Attorney General of California to Vice President of the USA.
About Dan Morain:
i.Dan Morain is a journalist with more than 40 years of experience in covering California policy, politics, and justice-related issues.
ii.He has worked with the Los Angeles Times for around 27 years.
iii.He has served as the Editorial page editor of the Sacramento Bee for around 8 years.

“Trust Exercise: A Novel” authored by Susan Choi was the winner of the 70th annual National Book Award 2019 for fiction. The book was published by Henry Holt and Co. The book is about the life of the students in a competitive performing arts high school in an American suburb in the early 1980s.  The book provides an understanding about the capacities of adolescents and the power and responsibilities of adults.
Other books of Susan Choi:
i.The debut novel of Susan Choi “The Foreign Student” won the Asian American Literary Award for fiction.
ii.She won the 2014 Lammy Award for her novel “My Education”.
iii.She has authored a number of books which includes, “American Woman” the finalists of the 2004 Pulitzer Prize, “A Person of Interest” finalist for 2009 PEN/Faulkner Award,
iv.“Camp Tiger” was her first children’s book, which was published in 2019. 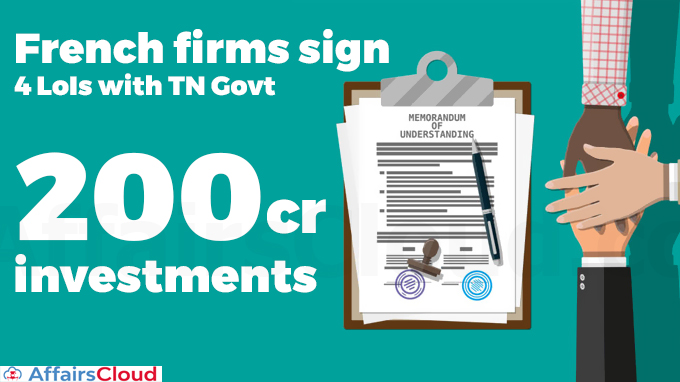 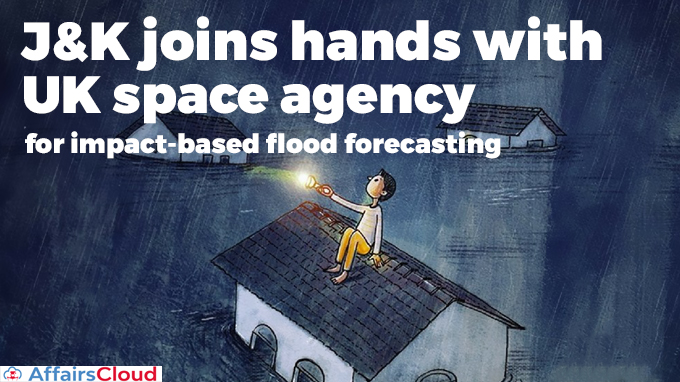 What is Impact-based Flood Forecasting?
An Impact-based Flood Forecasting mechanism predicts impacts to people, their houses, crops, livestock and transport routes which will be used by the Government for minimizing challenges faced by people during flood events.
How will it benefit J&K?
The forecast will be utilized for a planned, well organized & quick response to any eventuality in the region.

According to a report by the United Nations Office for Disaster Risk Reduction (UNDRR), India was ranked as the 3rd Most Disaster Prone Country in the world after China & USA and Floods due to climate related hazards were ranked as the greatest risk to people.
About UT of Jammu & Kashmir:
Tribes – Brokpa, Drokpa, Dard, Shin, Changpa, Gujjar
National Parks (NP) – City Forest (Salim Ali) NP, Dachigam NP, Kishtwar NP
<<Read Full News>>