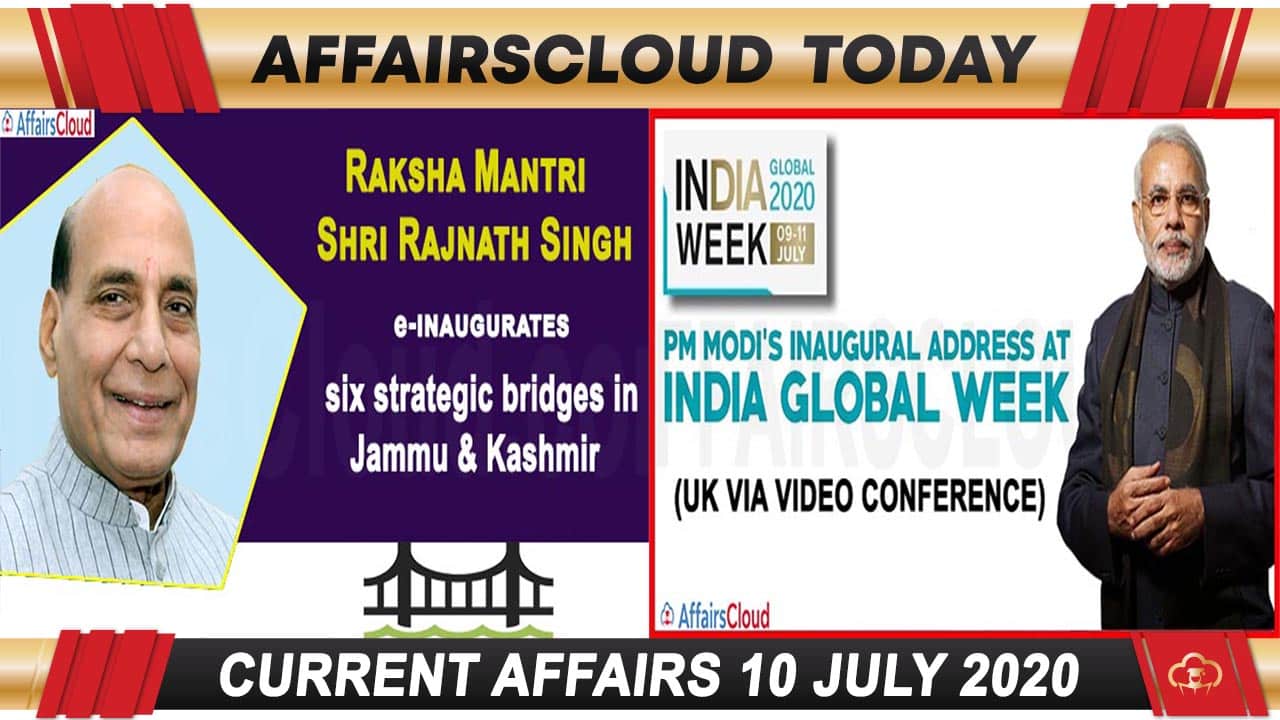 We are here for you to provide the important Recent and Latest Current Affairs 10 July 2020, which have unique updates of Latest Current Affairs 2020 events from all newspapers such as The Hindu, The Economic Times, PIB, Times of India, PTI, Indian Express, Business Standard and all Government official websites. 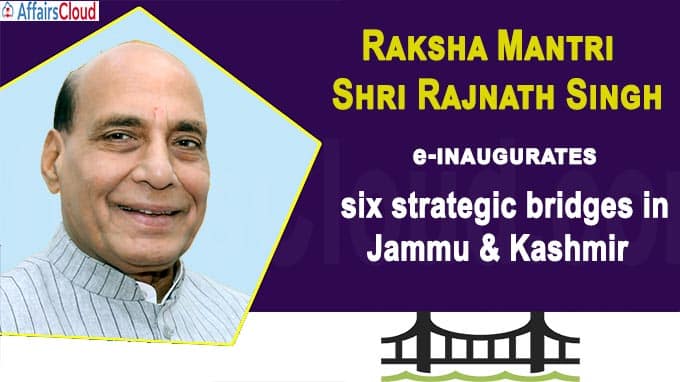 i.On July 9, 2020, Defence Minister Rajnath Singh inaugurated six strategic bridges in the border areas close to the International Border (IB) and Line of Control (LoC) in Jammu and Kashmir (J&K) through video conferencing, from New Delhi. These were built in a record time by the Project Sampark of Border Road Organisation (BRO).
ii.The total outlay of the following bridges is Rs 43 crore:

CBDT signed an MoU with SEBI for the Data Exchange 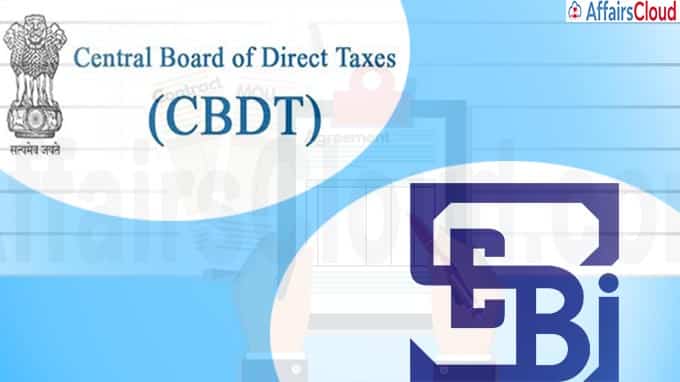 The Central Board of Direct Taxes (CBDT) and Securities and Exchange Board of India (SEBI) signed a Memorandum of Understanding (MOU) for the data exchange between the two organisations via video conference.
i.It facilitates sharing of data and information automatically between the two organisations on a regular basis.
ii.The MoU comes into force from the date of signing.
About Securities and Exchange Board of India:
Headquarters: Mumbai
Chairman: Shri Ajay Tyagi
About Central Board of Direct Taxes:
Headquarters: New Delhi
Chairperson: Pramod Chandra Mody
<< Read Full News >> 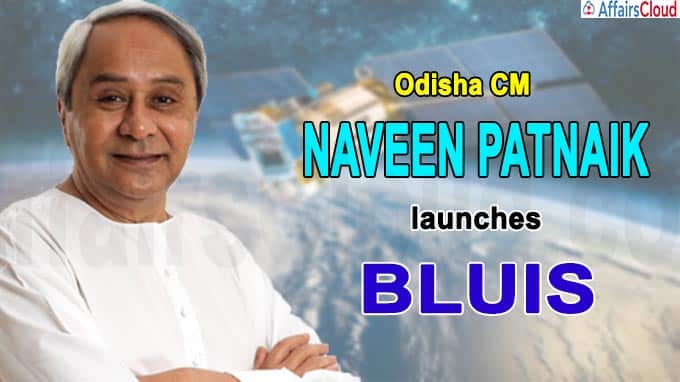 i.On 8th July 2020, The Chief Minister of Odisha, Naveen Patnaik, launched the Bhubaneswar Land Use Intelligence System (BLUIS), a flagship development of the General Administration and Public grievances departments.
ii.Odisha becomes the first state in India to use high resolution satellite imagery utilising space technology and artificial intelligence to monitor government lands.
iii.BLUIS is a web and mobile based solution to monitor the unauthorised change of land use and to prevent the encroachment of government lands,
About Odisha:
Chief Minister– Naveen Patnaik
Governor– Ganeshi Lal
Capital– Bhubaneswar
<< Read Full News >> i.On 8th July 20202, The Alumni Council of Indian Institute of Technology (IIT AlumniCouncil) signed an agreement for joint research on COVID-19 and patient data analysis with the Council of Scientific and Industrial Research – Institute of Genomics and Integrative Biology (CSIR-IGIB).
ii.The IIT Alumni Council is setting up the “MegaLab” in Mumbai, the world’s largest molecular diagnostic lab and “MegaTx” antibody facility for treatment based biologics.
About IIT Alumni Council:
i.This is the largest body of Alumni, students and faculty of all the 23 IITs and other partnering technical institutes.
ii.The council is formed in 2019 to carry out projects with social importance.
About CSIR-IGIB:
CSIR-IGIB engages in the research of national importance in the areas of genomics, molecular medicine, bioinformatics and proteomics.
Director– Dr. Anurag Agrawal
Location– New Delhi
<< Read Full News >> 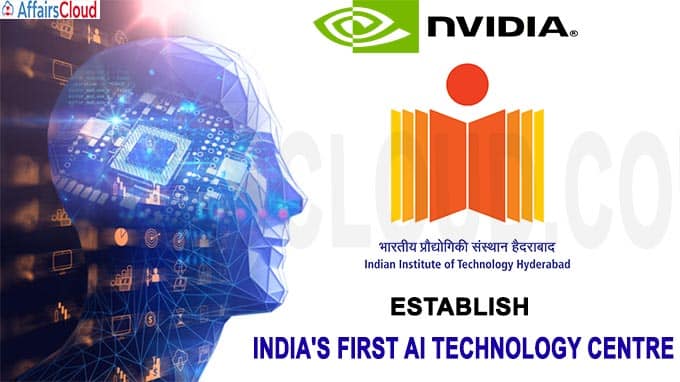 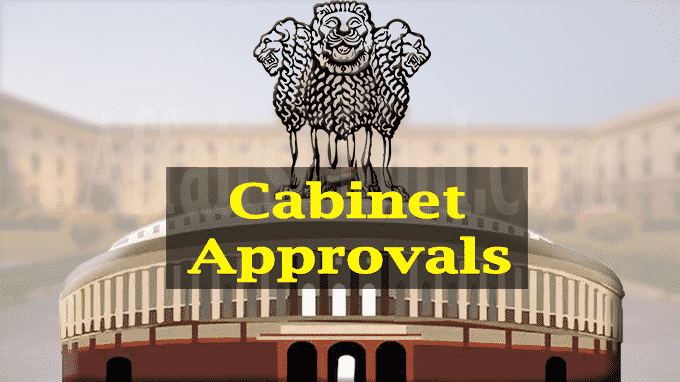 The Union Cabinet chaired by the Prime Minister Shri Narendra Modi has given its approval to the following proposals on July 8, 2020: 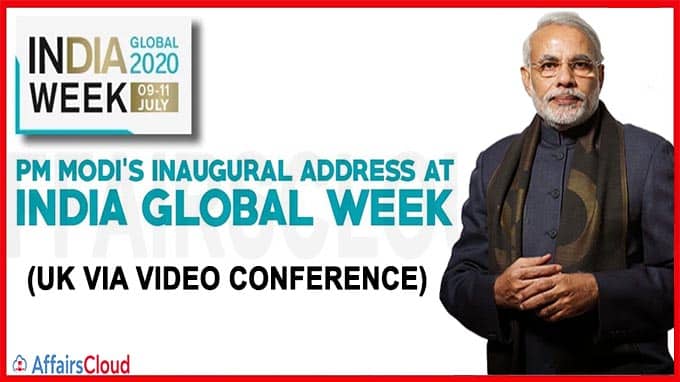 On July 09, 2020, Prime Minister (PM) Shri Narendra Modi has addressed the inaugural session of 3-day (July 9-July 11) virtual India Global week 2020 based on the theme ‘Be The Revival: India and a Better New World’ organized in UK (United Kingdom) by India Inc. Group, the UK-headquartered media house, with the aim to connect global leaders and captains of industry to discuss aspects relating to opportunities in India as well as the global economic revival post-coronavirus (COVID-19).
About India Inc. Group:
Chairman and CEO– Manoj Ladwa
<< Read Full News >> 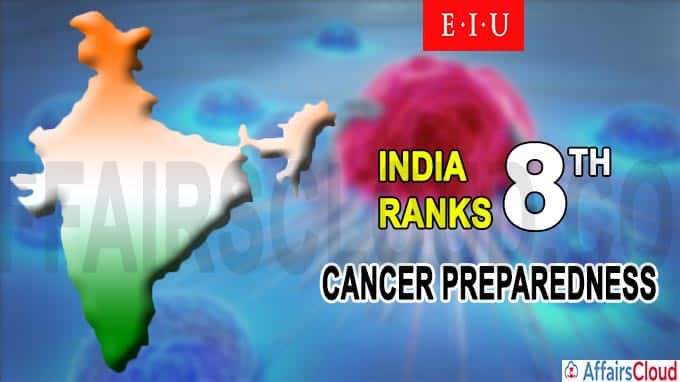 Tamil Nadu Tops Market Borrowings Among States in India With a Collection of ₹30,500 crore for 2020-21 : RBI 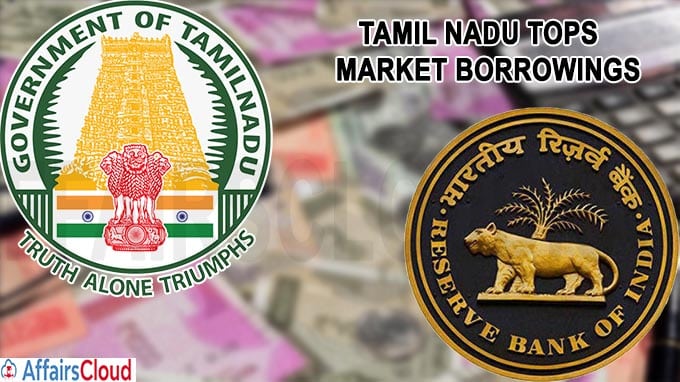 On July 09, 2020, According to data from the Reserve Bank of India (RBI), Tamil Nadu (TN) has topped market borrowings among States in India with a collection of Rs.30,500 crore in the fiscal 2020-21(FY 21).
i.TN accounted for 17% of the borrowings through the issue of bonds (known as state development loans) & has been followed by Maharashtra ₹25,500 crore (14%), Andhra Pradesh ₹17,000 crore (9%), Rajasthan ₹17,000 crore (9%).
About Reserve Bank of India (RBI):
Headquarters– Mumbai, Maharashtra
Governor– Shaktikanta Das
Deputy Governors– 4 (Bibhu Prasad Kanungo, Mahesh Kumar Jain, Michael Debabrata Patra, one is yet to be appointed).
<< Read Full News >> 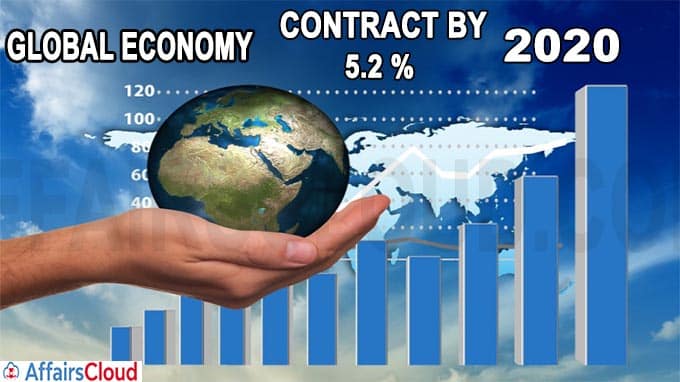 In accordance with the Dun and Bradstreet’s (D&B) Country Risk and Global Outlook Report, which has covered 132 countries, the global economy is likely to contract by 5.2% in 2020. This is the biggest decline since the Second World War and a far stronger contraction than the 1.7% recorded in 2009 during the global financial crisis. As per report, the global economy will not reach pre-pandemic levels of activity again before 2022.
Indian Front:
-India’s economy is expected to contract this fiscal year after four decades of positive growth.
-In March, 2020 D&B downgraded India’s rating to DB5c from DB4d, stating the magnitude of downgrade and the risk level highest since 1994.
-DB5 means high risk and denotes that considerable uncertainty is associated with expected returns. Businesses are advised to limit their exposure and/or select high risk transactions only.
About Dun & Bradstreet (D&B):
Dun & Bradstreet’s Country Risk Indicator provides a comparative, cross-border assessment of the risk of doing business in a country. The risk indicator is divided into seven bands, ranging from DB1 to DB7, with DB1 being lowest risk.Each band is subdivided into quartiles (a-d), with ”a” representing slightly less risk than ”b” (and so on).
Headquarter– New Jersey, United States (US)
Location in India– Mumbai, Maharashtra
Chief Operating Officer (COO), International & Chairman of the Board and Interim Country Leader– Julian Prower
Managing Director (India)– Manish Sinha
Chief Economist (India)- Arun Singh 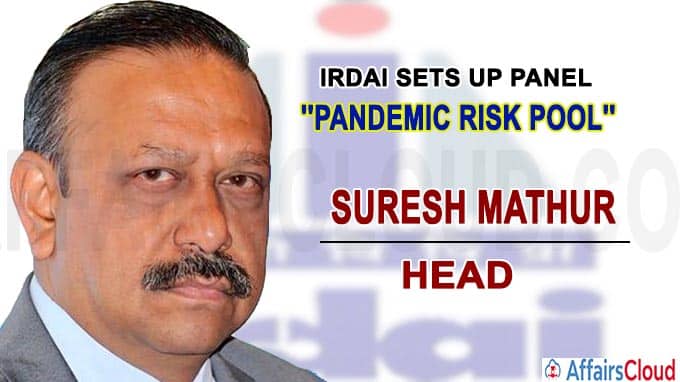 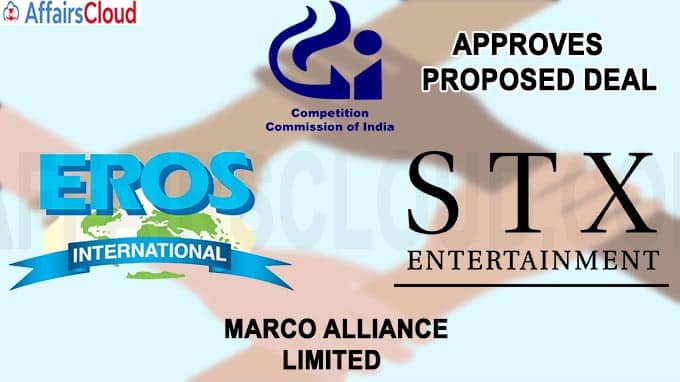 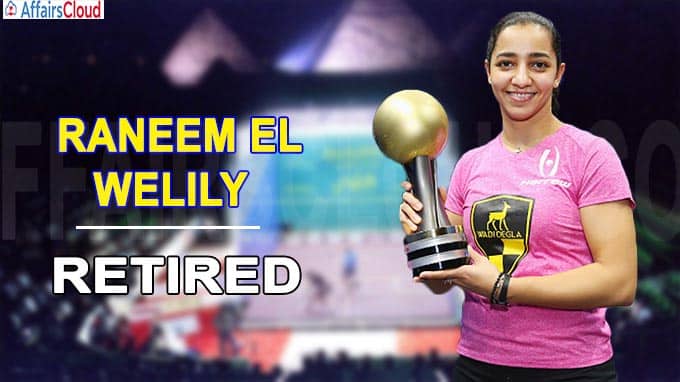 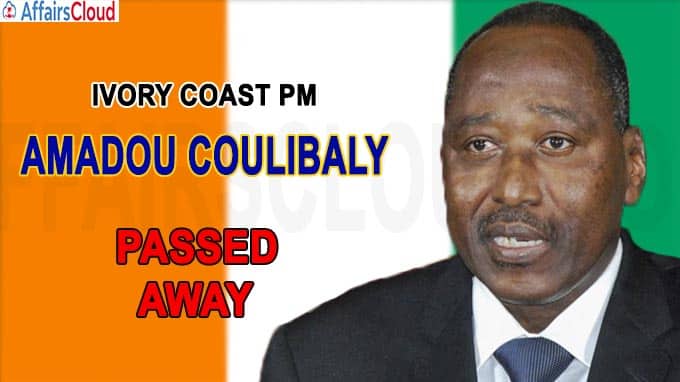 Prime Minister Amadou Gon Coulibaly (61), the Presidential election candidate of Ivory Coast’s ruling party, died on 8 July 2020 at Abidjan, Ivory Coast within a few days after returning from two months of treatment in France.
i.He has been the Prime Minister of Ivory Coast since 2017.
ii.Amadou Gon Coulibaly is a presidential candidate in the upcoming election as President Alassane Ouattara has to step down after his second term of Presidency.
iii. He attended a ministerial meeting at the presidential palace in Abidjan on 8 July, and later fell ill.
About Ivory Coast (Côte d’Ivoire):
Capital: Yamoussoukro
President: Alassane Ouattara
Currency: West African CFA franc
<< Read Full News >>

Veteran Actor-Comedian Jagdeep passed away at 81 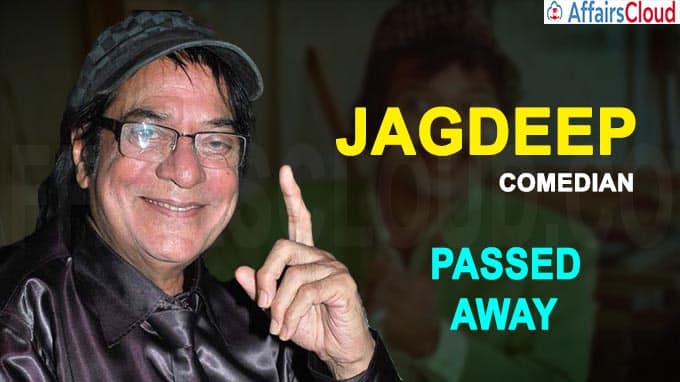 Veteran Bollywood actor-comedian Jagdeep passed away at 81 in his Bandra residence, Mumbai. His real name is Syed Ishtiaq Ahmed Jafri. He is recognised for his role as Soorma Bhopali in the film “Sholay” and for his expression ‘khambha ukhadke’. He was born on March 29, 1939 in Datia, Madhya Pradesh(MP).
Gist about Jadeep
Debut- Jagdeep debuted in cinema as a child artist in Afsana(1951),  which is also the directorial debut of filmmaker B.R. Chopra.
Well known– He is famous for his comic timing in films.
Total films- In his career span he has worked in more than 400 films which include,  ‘Ab Dilli Door Nahin’, K. A. Abbas’s ‘Munna’, Guru Dutt’s ‘Aar Paar’, Bimal Roy’s ‘Do Bigha Zamin’ and AVM’s ‘Hum Panchi Ek Dal Ke’ among others.
Memorable roles- His memorable roles include Purana Mandir(1984) and in Andaz Apna Apna(1994) as Salman Khan’s father and Subedar Ramaiyah in China Gate (1998), among others.
Direction- He directed  Soorma Bhopali(1988), which is based on his own character from Sholay.
Last film- He was last seen in the film “Masti Nahi Sasti”(2017).
Awards– LifeTime Achievement Award in the International Indian Film Academy(2019)  for Outstanding Contribution to Indian Cinema.
About MP:
Capital– Bhopal
Governor– Lal Ji Tandon (On June 28, 2020 Anandiben Patel was  given  additional charge as governor of Madhya Pradesh due to the absence of Lal Ji Tandon).
Chief Minister– Shivraj Singh Chouhan On 8th July 2020, Raghu Sharma, Health minister of Rajasthan launched the week long campaign “Pure for Sure” from 8th July 2020 to 14th July 2020 – to ensure the purity of the milk and dairy products.
Pure for Sure:
i.The Food safety offices are provided with the equipment and facilities required to test the samples.
ii.The divisional level food testing laboratory will be used for this campaign.
iii.The food safety offices will upload the results and the information related to the samples on the FSSAI app and the officers are directed to update the campaign report to the headquarters on a daily basis.
iv.The actions will be taken  according to the rules when the sample fails the tests.
About FSSAI:
Chairperson– Rita Teaotia
CEO– Arun Singhal
Executive Director– Rajeev kumar Jain
Headquarters– New Delhi