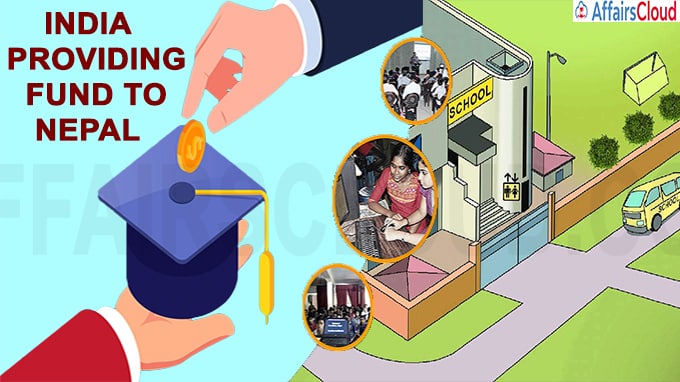 A new four-storey school building, developed with the Indian assistance of Rs 1.94 crore (Nepalese Rupees (NR) 31.13 million) under the Nepal-Bharat Maitri Development Cooperation programme has been inaugurated in Shri Saptmai Gurukul Sanskrit Vidyalaya, located in Ilam district of Nepal to boost the learning environment for students. The project was implemented by the District Coordination Committee (DCC), Ilam.

About India’s financial assistance to Nepal:

In 2015, a massive earthquake has adversely impacted the educational infrastructures, which has also killed 9,000 people in various parts of Nepal. In this regard, India has provided financial assistance to Nepal for the construction of several such schools with an aim to upgrade the education for the Nepalese students.