137 countries were ranked in the Global Competitiveness Index (GCI).
1.Switzerland occupies the 1st position in the list.
2.US occupies the 2nd position and Singapore the 3rd.
3.India has bagged the 40th rank. 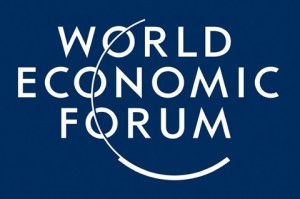 Performance of India
i.India has obtained the highest rank among the South Asian countries.Categorically, India has scored 29th rank in Innovation, 66th rank in Infrastructure, 75th rank in Higher Education and Training and 107th rank in Technological Readiness.
ii.India’s performance has also improved in Information and Communication Technologies. Especially in the following areas: Internet bandwidth per user, mobile phone and broadband subscriptions, and Internet access in schools.
iii.Among the BRICS countries, India is in the third position, with China in the 27th rank and Russia in the 38th rank, globally.
iv.WEF said that the private sector considers corruption as the most important problem for doing business in India.
v.A big drawback for India, is the gap between Innovation (Rank-29) and Technological Readiness (Rank-107).
vi.Also, WEF listed the following as obstacles for competitive growth in India: access to financing, tax rates, inadequate supply of infrastructure, poor work ethics in national labour force and inadequately educated work force.