India has been ranked 103 on Global Human Capital Index released by World Economic Forum (WEF). India has scored the least among the BRICS countries. 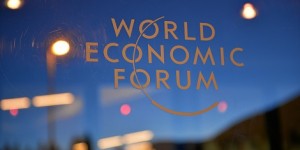 Global Human Capital Index
i.The Global Human Capital Index is prepared by WEF (World Economic Forum) for 130 countries based on the knowledge and skills people possess that would find value in the global economic system.
ii.The rankings are based on four criteria – capacity, deployment, development, and know-how.
iii.The rankings are classified under five age groups namely – 0-14 years, 15-24 years, 25-54 years, 55-64 years, and 65 years and above.
vi.In the overall ranking, India is in rank 103, which is the least among BRICS countries.
v.Ranks obtained by India in the four categories are as follows:

–      Capacity – 101
–      Deployment – 118
–      Development – 65
–      Know – how – 79
The worst part is that, India has bagged the last rank in the world, in employment gender gap.
vi. The consoling part is that, India has managed a fairly good rank of 65 among the world countries in terms of skills required for future.
vii. Some of the reasons for India’s poor performance are gender gap, low deployment of skilled people etc.
In spite of the downfalls, India has a better future, because India has done well in skill development and could move forward by improving integrity and gender equality in employment.
Top three rankerss:-
1.Norway
2.Finland
3.Switzerland
The list was topped by Norway with 1st rank in the overall ranking.It was followed by Finland in the 2nd position and Switzerland ranked 3rd .
Looking into the overall report prepared by WEF, the global development of human capital is 62 % (throughout the world).
About World Economic Forum (WEF):
Motto – Committed to improving the state of the world
Headquarters – Cologny, Switzerland
Executive Chairman – Mr.Klaus Schwab