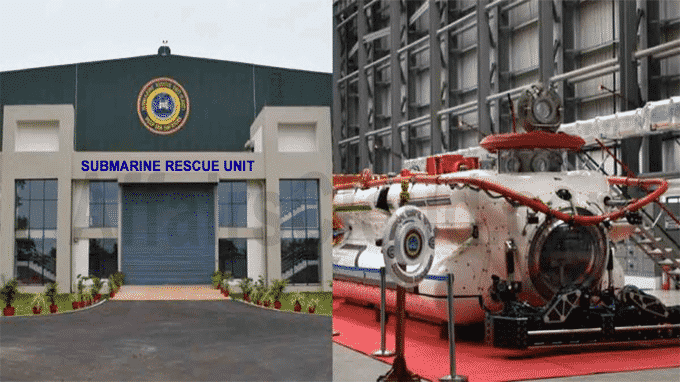 Note: The Indian Navy has inducted two such systems to provide rescue cover for the submarines on the eastern and western coasts.

The DSRV is designed to accommodate the new Submarine Rescue System with state of the art facilities to store DSRV assets in a rescue ready state.

i.Consists of a Submarine Rescue vehicle.

iv.A Diver Decompression Chamber and hyperbaric medical equipment to decompress submarines after being rescued from a sunken submarine.

v.It can be mobilized into the air or road to facilitate submarine rescue operation even at distant locations.

Note: This third-generation Indian Navy Submarine with rescue capability can be relied upon to assist during submarine contingencies of other navies in the Indian Ocean Region(IOR).

Three commands under the Navy