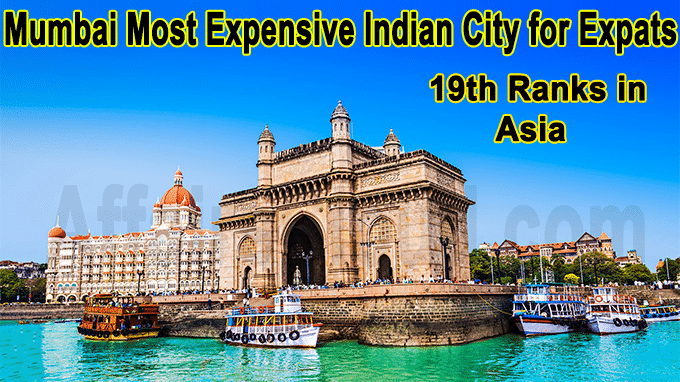 On June 10, 2020, Mercer released its 26th Annual Cost of Living Survey 2020. From India, Mumbai city has been ranked 60th most expensive city globally and also 19th in Asia. Mumbai is the only Indian city ranked in the top 100. Hongkong tops the list globally.

Note: New York City is used as the base city for all comparisons and currency movements are measured against the US dollar.

Highlights of the survey:

The world’s most expensive city since 2019 has remained Hong Kong and the survey suggests that the least expensive cities for emigrants are Tunis, Tunisia at 209 globally and Windhoek, Namibia at 208.

Mumbai tops the list at a global rank of 60 and also the 19th most expensive city in Asia. Followed by New Delhi at 101 and Chennai at 143.

Bengaluru and Kolkata are the least expensive Indian cities with ranks (global) 171 and 185 respectively.

Mercer’s is the world’s most comprehensive and widely recognized survey. It is designed to help multinational companies and governments determine compensation strategies for their expatriate/non-native employees.