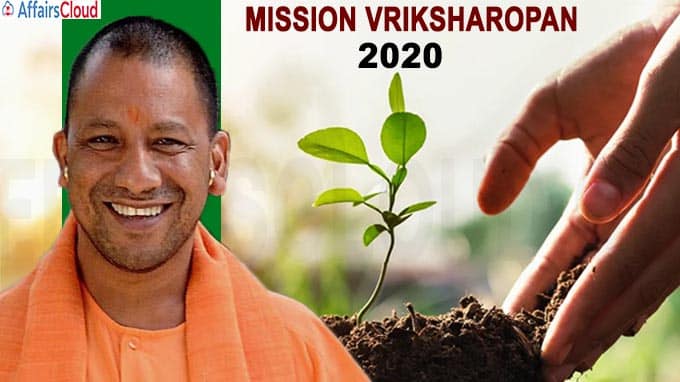 On 5th July 2020, Yogi Adityanath, Chief Minister of Uttar Pradesh inaugurated “Mission Vriksharopan-2020” in Kukarel Forest, Lucknow, on account of Guru Purnima, under which around 25 crore saplings of medicinal, herbal, environmental, fruit producing, shady, fodder plants of around 201 species will be planted across the state.

i.The drive focuses on the prevention of malnutrition, conservation of biodiversity and plantation on the banks of Ganga and its tributaries.

ii.The planting events are organised at various parts of more than 75 districts across the state.

iii.On account- of Guru Purnima, festival for paying respect to the mentors, The District authorities have made arrangements for the people to maintain social distance on the river banks and ponds while reaching to take holy dip.