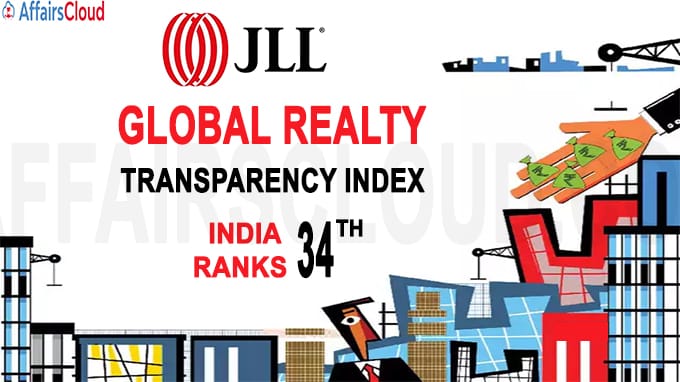 On July 07, 2020, According to the 11th edition of the ‘Global Real Estate Transparency Index 2020’, which covers 99 countries and territories and 163 cities, released by US based property consultant Jones Lang LaSalle’s (JLL), India has improved by one place to 34th with a total score of 2.69 under ‘semi-transparent’ zone.Regulatory reforms, better market data and sustainability initiatives led to a one-point improvement in the nation’s ranking.

How is the index prepared?
–   Transparency is assessed by evaluating the cost and 210 indicators which are divided into 14 topic areas & then grouped into 6 various factors including performance measurement, market fundamentals, governance of listed vehicles, regulatory & legal frameworks, transaction process and environmental sustainability.
–   Countries ranked 1-10 are categorised ‘highly transparent’ and those between 11-33 are transparent. Nations ranked between 34 to 59 are considered semi-transparent, between 60-80 are considered to have low transparency and those below (81-99) are seen as opaque. So, India is in the semi-transparent zone.