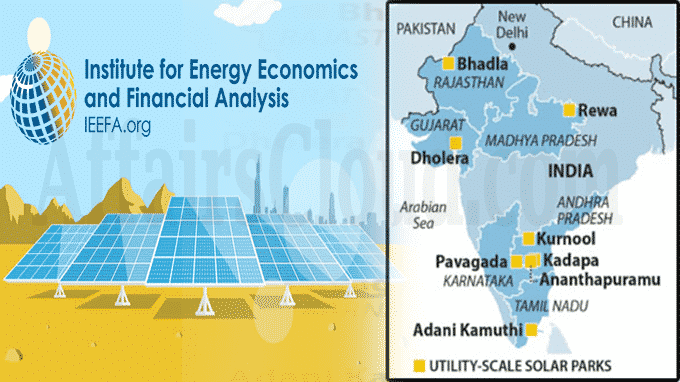 Efforts by India to transform its power sector

As of now, India houses multiple ultra-mega solar parks with capacities of more than 1GW, and two of them are the largest commissioned solar installations in the world.

The UMPP concept involves a state government or local distribution company providing a single central grid connection and acquiring land on which the project can be built, shielding developers from procurement and time-delay risks.

About IEEFA:
It conducts research and analyses on financial and economic issues related to energy and the environment.
Headquarters– Cleveland, Ohio, United States (US).