PARAM-ISHAN can be used in the application areas like 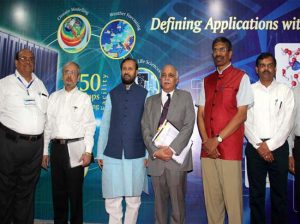 It is a one of the fastest and most powerful computer in northeastern, eastern and southern regions. C-DAC and IIT Guwahati is a strategic move that will provide a boost to both the HPC users and the community through the deployed PARAM-ISHAN and several technology areas will be positively affected through the introduction of the new Supercomputer.

North East India receives heavy rainfall during monsoon, which leads to flooding and landslides. PARAM-ISHAN can be used for Weather, climate modeling and seismic data processing

A supercomputer is a computer with a high-level computational capacity compared to a general-purpose computer.

As of June 2016, the fastest supercomputers in the world are