On 7th September 2017, Assam passed the Industrial Disputes (Assam Amendment) Bill, 2017, regarding lay off of employees, in Guwahati. 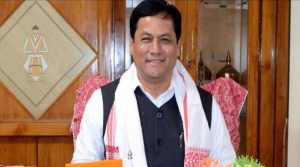 Industrial Disputes Assam Amendment Bill, 2017:
i.The law enables employers to lay off up to 300 employees without prior permission from the government.
ii.This is considered to be one of the major reforms in Assam.
iii.The employee count has been increased from 100 to 300.
iv.The law is said to increase the ease of doing business. As, employers are hesitant to recruit more number of employees because when the employee count increases more than 100, there would be problems during lay off.
v.Congress MLA, Mr.Sherman Ali Ahmed argued that the employee count should be reduced to 50 instead of increasing to 100.
vi.Minister for labour and employment for Assam, Mr.Pallab Lochan Das argued that the bill has not been enacted to facilitate laying off of employees. It deals with the issue of closure.
vii.He said that the Government of India and Assam are taking steps to protect the security of workers.
viii.The Government has decided to increase the compensation of a labourer from the current 15 days salary to up to 60 days salary.
About Assam:

About Ministry of Labour and Defence: