An Indian-origin South African has become the first person from the African continent to head a global organization of medicine professionals working for the safety of blood transfusion worldwide. Ravi Reddy, currently the Chief Operations Officer of the South African National Blood Service (SANBS), will head the International Society for Blood Transfusion (ISBT).

The International Society of Blood Transfusion (ISBT) is a scientific society that was founded in 1935. Since that time the ISBT has grown in to an international society where transfusion medicine professionals from across the globe come together and do the one thing they do best: share knowledge to improve the safety of blood transfusion worldwide. 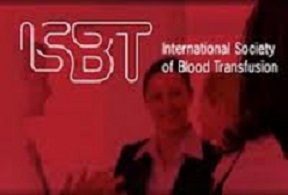 The important activity is to promote science and education related to blood, cells and transplantation. ISBT have created an educational platform; the ISBT Academy ePortal. This eLearning facility includes webcasts of ISBT congress presentations and a library of transfusion guidelines. In addition ISBT,

Reddy has been credited with transforming the safety of blood donation and transfer in South Africa with its very high incidence of HIV/AIDS, he has insisted that this was a team effort by the staff of SANBS.