BioAsia 2020 was held at the life science capital of India i.e. Hyderabad , Telangana from 17th- 19th February, 2020 on the theme “Today for Tomorrow”. It was hosted by the Government of Telangana in partnership with EY (Ernst & Young Private Limited). It was the 17th edition of the flagship international convention – BioAsia, whose CEO is Shakthi Nagappan. The event was attended by Piyush Goyal, Minister for Commerce and Industry. 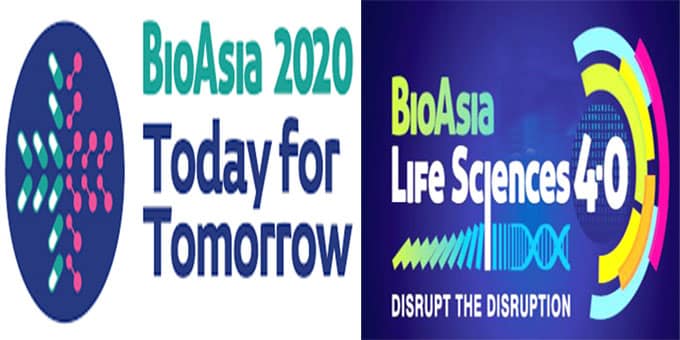 -The average drug manufacturing utilisation rate in India is around 75% across both active pharmaceutical ingredients (APIs) and formulation production facilities.

-India is the largest provider of generic drugs globally, fulfilling about 40% of the generics demand in the US (United States) and 25% of all medicines in the UK (United Kingdom).

-The average R&D (Research & Development) spent by the top Indian pharma companies increased from 5.9% of sales in FY 10 to about 8.8% during FY 18.

-India is likely to capture about 8% of the global $62 billion biosimilar market by 2025.

-Most Indian companies adopted digital technologies to remain relevant and competent in the future.