Direction(1-6): Study the following information carefully to answer the given questions

P, Q, R, S, T, U, V and W are eight members of a family. They belong to three different generations. There are three married couples. They are all sitting around a circular table facing the centre but not necessarily in the same manner. R and P are children of S. P are not an immediate neighbour of his mother. S and U are married couples. S the wife of U sits second to the left of her husband. There is only one person sitting between R and his niece V, but that person is not V’s father. T, a bachelor sits third to the right of his uncle P but neither to the opposite nor to the immediate left of his father. V is not an immediate neighbour of her aunt Q. No three females are sitting together. R and his sister-in-law is immediate neighbour. 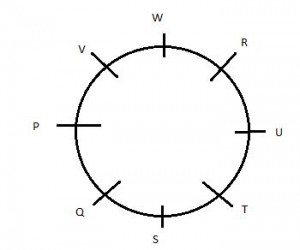 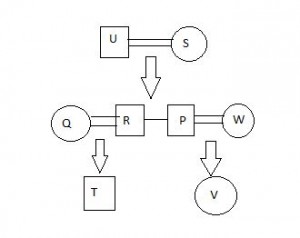 US, QR and WP are couples. SQWV are females.

Direction(7-10) : Study the following information carefully to answer the given questions 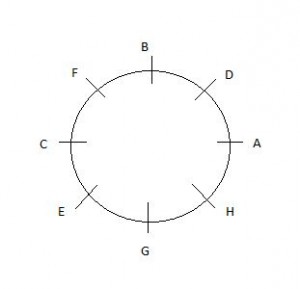