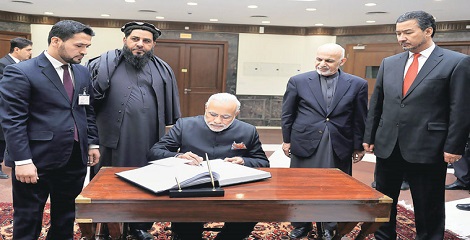 Bilateral talks
After inauguration, Delegation-level bilateral talks between the two countries were held on key bilateral issues including security co-operation and the ways to help the war-torn country.

Modi Visit to Pakistan
On his way back to India from Kabul he made an impromptu visit to Pakistan to wish his counterpart Nawaz Sharif on his birthday.

The two countries have fought three wars since independence from Britain in 1947, two of them over Kashmir.