About Amaravati
The Master plan has been prepared by the Singapore government agencies for the three-layered capital – seed capital, capital city and capital region. Prime Minister Modi also laid foundation stone of Shri Venkateswara Mobile and Electronics Manufacturing Hub, the country’s first mobile manufacturing electronics cluster which will create more than 10,000 jobs within a year. The hub is expected to contribute at least 5 percent of all-India target of 15 lakh jobs by 2019. 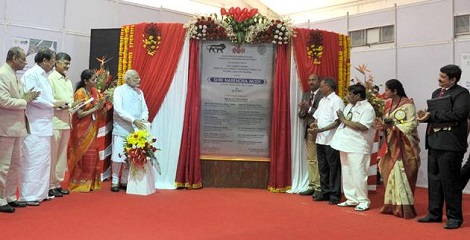