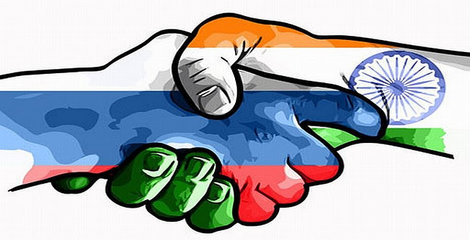 India and Russia also discussed the ways to improve their economics ties and triple their bilateral trade to $30 billion in the next decade.

Various sectors to achieve the commercial targets were determined by both sides.These are agreed by the PM Narendra Modi and Russian President Vladimir Putin during the summit meeting last year.

In 2014 ,bilateral trade approached to $9.51 billion .In which Indian exports touching $3.17 billion and imports from Russia stood at $6.34 billion.

Both sides analysed the areas in which they have to strengthen their economic agreement.The areas includes Agriculture,Pharmaceutical and Infrastructure.The main focus area is the economic agenda and also areas like space, energy, culture and science and technology are considered.

Russia is an important partner for India in peaceful uses of nuclear energy.India mentioned their commitment to work towards  having 12 Russian nuclear plants .

Sushma Swaraj’s  interaction with the top Russian Indologists mentioned  the Indologist work  which includes the  translations of the Ramayana and the Mahabharata as well as teachings of Indian languages.