On December 18, 2019 The United States(US) govt agency National Science Foundation (NSF) released a data ‘Science and Engineering Indicators 2019’ on the number of scientific papers published worldwide for the year 2019. As per the data, India was ranked as the world’s 3rd largest publisher of science and engineering(S&E) articles. The list was topped by China followed by the United States (US) at 2nd place. The data in detail are as follows: 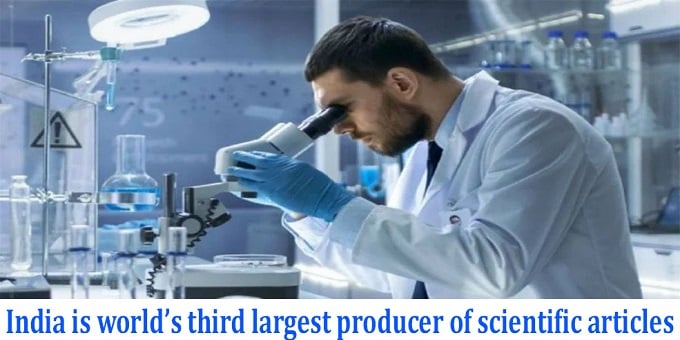