On June 25, 2017, Manushi Chhillar from Haryana won Femina Miss India 2017 title. Sana Dua from Jammu and Kashmir is the first runner-up and the second runner-up is Priyanka Kumari from Bihar. 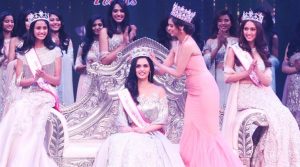 Haryana to provide one-time grant of Rs. 21,000 to families for third girl child