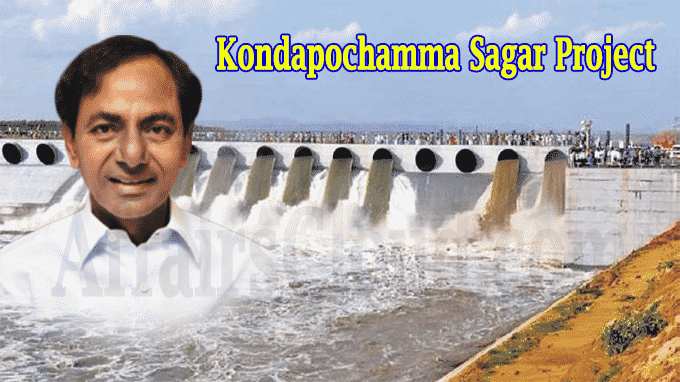 Under the flagship of the multipurpose Irrigation project; Kaleshwaram Lift Irrigation Project(KLIP), the last and vital Markbook pump house was inaugurated on May 29 2020 by the Chief Minister of Telangana K  Chandrasekhar Rao.

Note: Kaleeshwaram project is estimated to be around Rs One lakh crore and is divided into different packages to lift the water from Godavari river.

Note: Companies such as BHEL,Aandriz,Zylum ABB, Cropmton Greeves, VEGG etc. have also contributed to the performance of the project.

Note: The first phase of (Line 1) the KLIP was inaugurated a year ago in 2019, June by the Chief Minister at Medigadda in former Karimnagar district. As part of the mega project reservoir pump houses, added under various packages from time to time.

i.The Telangana government recently decided to further increase the pumping capacity of the Kaleeshwaram Project by 1 tmcft a day.