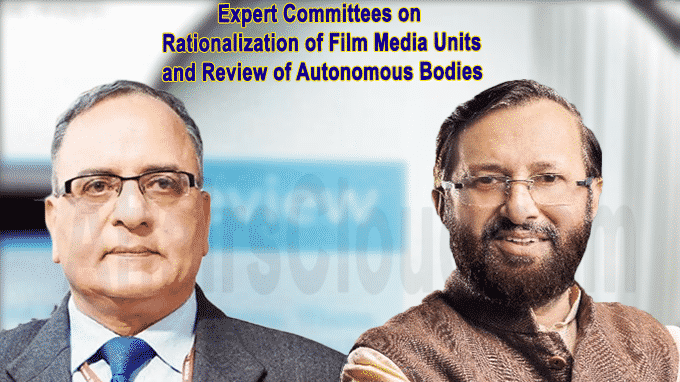 -The committee has suggested the umbrella organization configuration with 4 broad verticals under which institutes should work viz. Production, Festival, Heritage and Knowledge. This recommendation is due to the overlapping activities undertaken by multiple institutes.

About Expert Committee on Review of Autonomous Bodies

It had eminent film personalities like Rahul Rawail, A.k. Bir, Shri Shyama Prasad and T.S. Nagabharana as members along with Special Secretary and Financial Advisor (I&B) and Joint Secretary (Films).

About Expert Committee on Rationalisation/Closure/Merger of Film Media Units