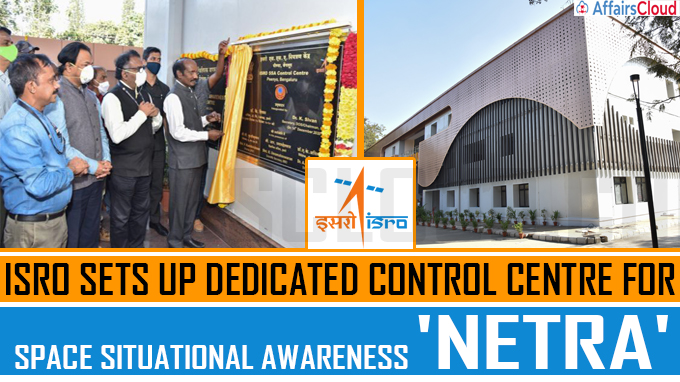 i.NETRA will act as the hub for all SSA activities in India and has been set up as a ‘Directorate of Space Situational Awareness and Management (DSSAM)’.

i.The main components of NETRA would be a radar, an optical telescope facility and a control centre. It will assist Foreign countries and International bodies.

Other activities at NETRA:

i.Dedicated labs will be set up at NETRA for mitigation and remediation of space debris and compliance verification of Inter-Agency Space Debris Coordination Committee (IADC).

i.SSA is the science of tracking objects (man-made and natural) which are in orbit and predicting their position at a given point in time.

ii.SSA acquires significance as it is important for safe and sustainable space operations.