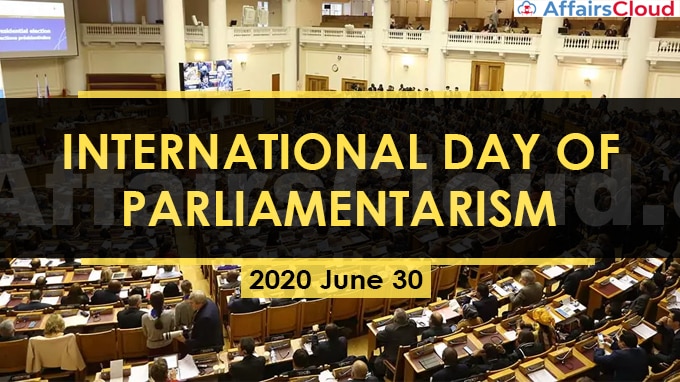 United Nations(UN) International Day of Parliamentarism is observed annually on June 30 to celebrate parliaments. The day highlights the ways in which parliamentary systems of government improve the daily lives of people around the world. The year 2020 marks the 3rd edition of the day

i.Parliaments play a vital role in national plans and strategies. It also ensures greater transparency and accountability at national and global levels.

ii.They play an important role in implementing the 2030 Agenda for Sustainable Development and IPU works closely with them in this view.

i.The day creates an opportunity for parliaments to take stock, identify challenges and find ways to address them in an effective manner.

ii.It also provides parliamentarians time to review their progress in achieving some key goals, to increase the count of women and young MPs and to adapt new technologies.