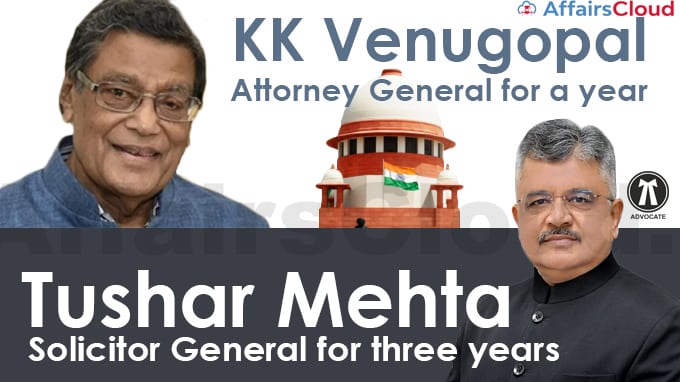 The Appointments Committee of the Union Cabinet has approved the re-appointment of senior advocate K.K. Venugopal as Attorney General of India for a year, whose 3 year tenure ends on June 30, 2020 and senior advocate Tushar Mehta as Solicitor General for a period of three years. K.K. Venugopal succeeded Mukul Rohatgi on June 30, 2017. He is the 15th Attorney General of India.

The following are the appointments & reappointments of Additional Solicitors General(ASG)  in Supreme and High Court(HC).

Members of the committee– Prime Minister(PM) of India, Narendra Modi (who is the Chairman) and the Union Home Affairs minister, Amit Shah