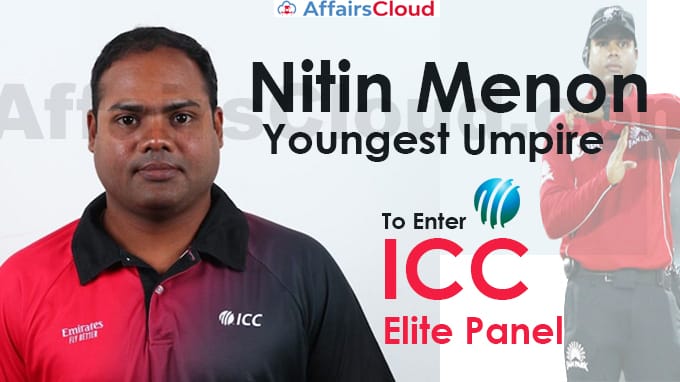 ii.He was an on-field umpire for the 2019 Indian Premier League(IPL) Final along with Ian Gould.

iv.He cleared the All India Umpiring Exam conducted by the BCCI in 2006 & started to officiate in BCCI domestic matches from the 2007-08 season.

With this elevation Nitin Menon becomes eligible to officiate Ashes 2021 in Australia if ICC removes the local umpires for home series policy due to COVID-19 pandemic.