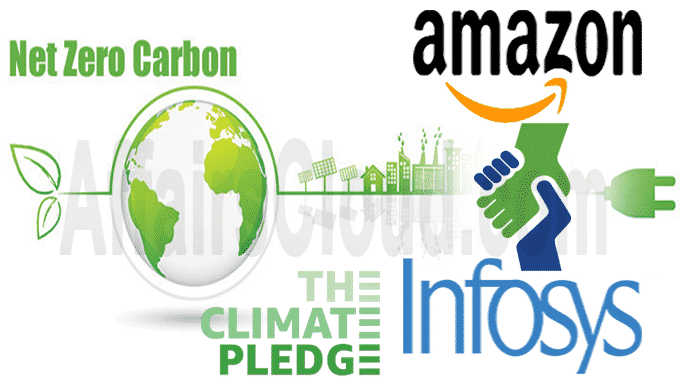 Under the Climate Pledge the companies agreed to,

i.Infosys committed to become carbon neutral in 2011 way before the Paris Agreement.

ii.Infosys became the first Indian Company to sign the RE100 in May 2015 and committed to use renewable energy for its electricity requirements.

iii.The company had reduced the per-capita electricity consumption by 55% since 2008.