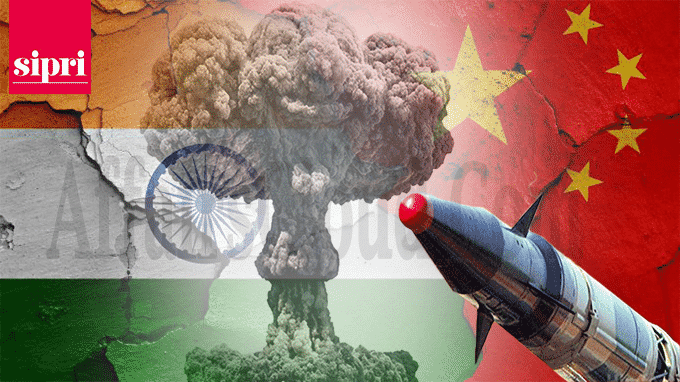 In accordance with the “51st edition of SIPRI Yearbook 2020-Armaments, Disarmament and International Security” of Swedish think tank, Stockholm International Peace Research Institute (SIPRI), from 2019 there is an increase in the nuclear weapons stockpile of India and China. However India’s overall possession of nuclear weapons is less than half of Beijing’s and also slightly lower than what Pakistan possesses.

Importantly, in April 2020, SIPRI had identified India as the 3rd largest military spender in the world, behind the United States (US) and China.

Following table shows the number of warheads of top rankers (as of January 2020):

*The deployed warheads of the US are more than Russia that is why the former has been placed at 1st rank.

-On global front, there has been a decrease in the overall number of nuclear weapons 2019 due to the dominance of Russia and the US. Both nations together possess over 90% of global nuclear weapons after dismantling retired nuclear weapons.

-There has been also a decrease in the together possession of weapons in the nine nuclear-armed states viz. the US, Russia, the United Kingdom, France, China, India, Pakistan, Israel and the Democratic People’s Republic of Korea (North Korea) in the year 2020.

Nations Nuclear Weapon Production on the basis of Material used