Hi friends! One of our reader Doner has shared her IBPS PO success story with us. You can learn from her experience and keeping hard working and hoping for the best

She says “JITNA KATHIN SANGHARSH HOGA, JEET UTNI HE SHANDAR HOGI” (The harder the conflict, the more glorious the Triumph)

Hello friends, my name is Doner Soni, sharing my story that how an ARTS graduate student studied through correspondence, average in English and Maths become PO in Punjab National Bank.

I took Medical (Biology) after 10th class, because I wanted to become Doctor. I was a fine 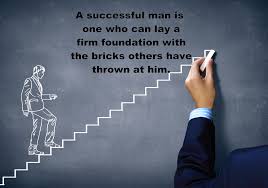 student till 12th, but my destiny wanted something else. So after 12th due to some family issues I took admission in GNM nursing, Jodhpur along with that I did correspondent B.A. In 2011, my Nursing and Graduation got completed. But then since I had no interest in Nursing, I started preparing for Bank Exams because it’s a fast growing or reputed job. But then people started talking that if you wanted to prepare for banks, why did u joined nursing and wasted your time. But people are like this only, there work is only to say all these rubbish talks but I started preparing and joined coaching for Math and English.

I gave IBPS clerk in 2011, n that got cleared too so I got some confidence but I did not get interview call that time so I continued preparing. Then in 2012, I got no positive result. Many people said to leave this preparation but I had a confidence that “hard work will never get waste”; only I need to change the way of preparation. Then in 2013, IBPS PO got cleared, I felt so happy that time but after interview did not get selected. Got discouraged a little.

But after 3 April then I thought that at some place I have to go. After that SBI PO notification came and I started preparing for that but again negative result. Then I gave many exams (RBI,SBI,IBPS,IDB) and faced 5 interviews also but nothing happened. People started giving taunts again, that now what happened. Which exam got cleared Bank or IAS or now you are going to open your own bank??

These talks used to get hurt a lot, but I had trust on God and on my hard work too. I had a trust on myself also. Then in 2014 I started preparing from online sites in which AFFAIRSCLOUD was also the one and its GK updates and capsules are the best. I again modified things in my preparation. Affairscloud’s daily updates gave much help. And then my all written exams got starting cleared but final was now also not. This time my family members too started asking. I did some private jobs also in between as I did not used to like taking 600-600 Rupees each time  but because of preparation I had to leave my job.

Then finally on 1 April 2016, IBPS PO result came n I was selected as IBPS PO in PNB. I could not express my happiness that time that after so many negative results I could not get anything. But after that all got happy-happy. The people who used to give taunts, they also changed and time too because “hard work never goes waste”. U become that same what u think.

My story got too long but I wrote this so that nobody thinks that an ARTS student cannot have a selection in bank.

My success credit goes to God, my lovely parents, my sweet maternal grandmother (only we too waited for this day for that long), my little brothers (Akshay, Garvit) my best friend Komal (because if u were not there, who would have filled my forms, u supported me financially and emotionally both), Punit (always to encourage me) and all AC family.

Thank u for reading my story and all the best you all.

A great success story. We are happy that we could also become a part of your success journey. All the best Doner for your future.