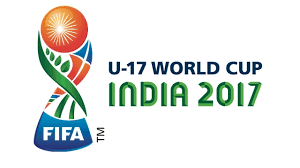 Jeakson Singh created history when he scored India’s first goal in the FIFA Under-17 World Cup 2017 during a match against Colombia on October 9, 2017.

17th edition of the FIFA U-17 World Cup which took place in India from 6th -28th October, 2017, became the most attended in the history of the event.

Other Important Facts related to FIFA U-17 World Cup:

The official Mascotfor the FIFA U-17 World Cup 2017, clouded leopard named ‘Kheleo’ was revealed on February 10, 2017 in New Delhi at the Jawaharlal Nehru Stadium. The clouded leopard is a rare and vulnerable wild cat which can be found in the Himalayan foothills.