Cristiano Ronaldo is a Portuguese professional footballer who plays for Spanish club Real Madrid and the Portugal national team. 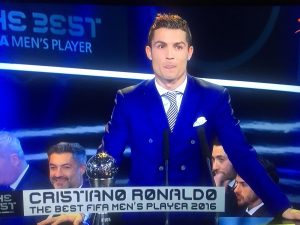 The Soccer’s world governing body, FIFA on January 10, 2017 unanimously approved a grand plan to transform the World Cup environment by increasing the number of teams from the current 32 to 48 starting in 2026.