According to the Reserve Bank of India (RBI) study titled “Assessment of the progress of digitisation from cash to electronic” cash payments are still the essence of transactions but digital payment are also increasing rapidly. The parameters used for this assessment are the value of Currency in Circulation (CIC) versus Gross Domestic Product (GDP), and the value of ATM withdrawals that take place across the country. 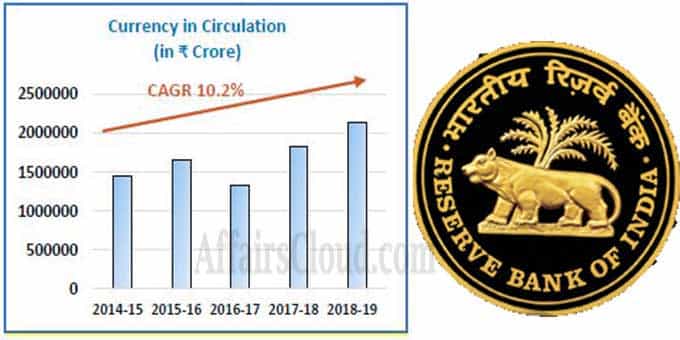 -India’s CIC levels reduced in 2018 as compared to 2014, other countries, with the exception of Argentina, China, Indonesia, Russia, South Africa, Sweden and Turkey, had increasing cash levels.

-The number of deposit accounts has grown to 217.40 crore as at end March 2019. As on October 30, 2019 there were 37.36 crore Basic Savings Bank Deposit (BSBD) accounts. The availability of bank accounts plays a key role in initiating digital payments from / to such accounts… Click here to Read RBI Report

How Indian economy is moving towards digital payments?

iv.Overall, the digital payments in the country have witnessed a CAGR of 61% and 19% in terms of volume and value, respectively over the past 5 years.

Why Cash is still ruling?

i.It is being stored as economic asset rather than to make payments.

ii.In rural areas due to lack of facilities like vending machines and bank branches, cash is still used as bedrock of daily existence.